For those who don’t know already, could you tell us about yourself and your book(s) please? Maybe it’s because of my Halloween birthday, but I’ve always been attracted to scary stories. On the other hand, I love romances as well. Once I discovered that these two genres existed side-by-side in urban fantasy novels, I was in heaven! Urban fantasy is like chocolate and peanut butter: a perfect, to-die-for combination that I can never get enough of.

I’ve been writing since childhood, but earned my bachelor’s degree in psychology and my master’s in English literature. When I’m not writing, I’m a straight-laced English teacher at a two-year college in Detroit. I’ve been married to Mr. Right for over twenty-five years. I also have three teenaged children: a boy and two girls, all of whom have threatened to never speak to me again if I turn them into characters and put them into my books.

Where did/do you get your ideas from? Ideas come from everywhere. Sometimes I’ll zone out in the grocery store because a can of soup gives me an idea for a scene in a story. Other times, I’ll be talking a walk or even sleeping when an idea comes! I’m always on the lookout for something to weave into a book. Kind of the way robins will use random bits of ribbon and thread to weave into their nests in the spring.

Are any of your characters based (however loosely) on anyone you know? My family often tells me that they seem themselves in the book. In reality, however, I don’t base any of the characters on friends or family. Unless it happens subconsciously…

How do you pick your characters’ names? Believe it or not, this is a hard part of writing! Many times, a name will pop into my head, but then I’ll realize that I know someone with that name. Or that I’ve used it before in another story. Google is oftentimes a huge help. I’ll search for baby names or, if I know I want a certain-sounding name, I’ll Google ‘nature, baby names,’ or something.

Can you share your writing process with us, in a nutshell? I’m kind of all over the place when it comes to a process. I have a terrible habit of writing ¾ of a book then setting it aside for an idea that suddenly storms my brain. In fact, I have four books halfway completed right now. I know that I’ll eventually complete them, but it’s so hard to focus on an old story when a new one comes along.

Who are your top 5 favourite authors? Stephen King, Jodi Picault, Sarah Waters, J. K. Rowling, and Kazuo Ishiguro. Not necessarily in that order.

If you could meet any author, who would it be and what would you ask them? I would definitely want to meet J. K. Rowling. I’d love to ask her how she comes up with those amazing names of things. Hogwarts? Flourish and Blotts? Pure genius!

Were you a big reader as a child? Definitely! My mother was a big reader as well, and she always made sure to take me to the library. She’d give me books for Christmas or my birthday, as she knew how much I loved them. I would spend hours reading everything I could lay my hands on.

When did you start to write? I’ve written stories ever since I was a kid. If I wasn’t writing them, I’d dream about them or imagine them. I also wrote Star Wars fan fiction back in the 1970’s when the original movie came out. We didn’t call it fanfic back then. In fact, I didn’t realize that fan fiction was a thing until recently.

Is there a book you wish you had written? I’ve always wanted to rewrite Anna Karenina. Surely, she deserved a happier ending!

If you wrote an autobiography, what would your title be? Head in the Clouds since that’s me most of the time.

If you could invite any fictional character for coffee who would it be and where would you take them? I love Molly Weasley! I’d love to chat about ordinary things like raising kids and maintaining a household. I would also press her for stories about how she fought Voldemort. To me, she’s a great example of a strong woman. I’d definitely take her to Starbucks where my son works so that he could meet her.

What are you working on right now? Right now, I’m in the middle of writing a supernatural thriller. It’s a ghost story in which a young man named Ethan is trying to solve (what he thinks is) his best friend’s murder.

Tell us about your last release? Just the Two of Us is a romance with a love triangle. Two sisters, one guy. There’s a fair bit of sibling rivalry between these two, as well as a history of deceit. The older sister, Janice, suffers from a brain injury related to a suicide attempt. She blames her condition on her younger sister, Starla. Starla, on the other hand, feels guilty for what happened to her older sister. Although there’s plenty of drama, there are also many bright spots. For one thing, Nick is both an excellent frisbee player and a good sport. Starla, on the other hand, enjoys making art out of other people’s trash.

Do you have a new release due? No, not yet. I’m hoping, however, to release something in the winter.

What do you generally do to celebrate on publication day? I like to give myself a day off from writing. I’ll sleep in, enjoy my coffee, and then spend most of the day with a good book.

How can readers keep in touch with you? I’m on Twitter as @mscottwriter and on GoodReads at https://www.goodreads.com/author/show/2896599.Michelle_Scott. I have a Facebook Page at https://www.facebook.com/MichelleScottsFiction/

Is there anything else you would like us to know? I can tie the stem of a cherry in a knot with my tongue. Don’t ask me how I learned that. 😉

Thank you for taking the time to answer my questions, Michelle 🙂 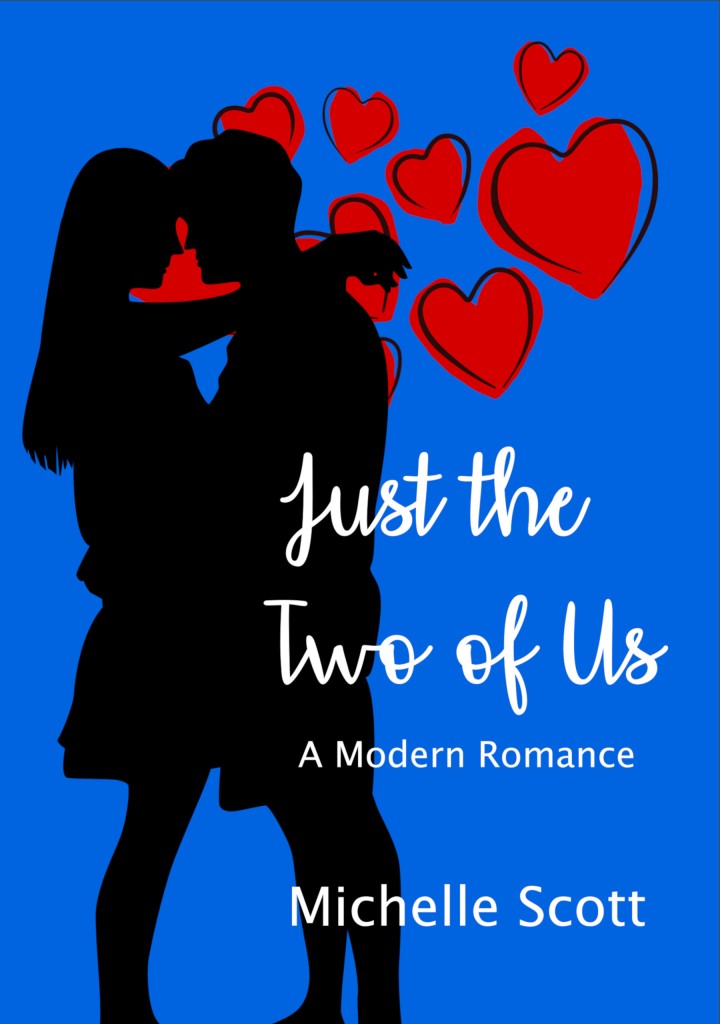 Starla wasn’t trying to steal her older sister’s boyfriend. In fact, she was fighting him off when Janice caught the two of them alone in the dark. Unfortunately, love-struck Janice didn’t see it that way and tried to end her life. Although she didn’t succeed, her suicide attempt left her brain damaged, and it became Starla’s responsibility to care for her. Four years later, the sisters’ peaceful lives are interrupted when Nick, a handsome, young attorney, moves in upstairs. Seeing that Janice is attracted to him, Starla keeps herself out of the picture. After all, she hurt her sister before, and she’s not about to do it again. Yet as much as Starla tries to ignore her feelings for Nick, she can’t bury them entirely. Especially not when he seems to be choosing her over her sister.