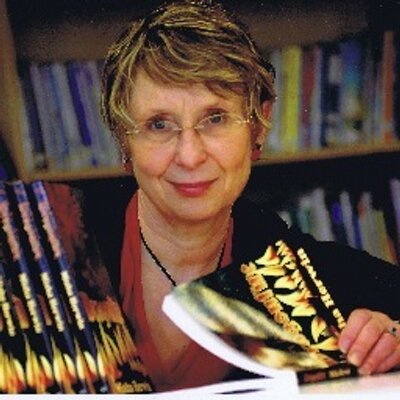 I’m Misha Herwin and I write books for adults and for children. My previous novels are “House of Shadows” and “Picking up the Pieces”. Although both are part of my Bristol series, the books are very different, “House of Shadows” is a time slip novel, while “Picking up the Pieces” tells the story of three women of a certain age, who have been friends since they met at school and how, when their lives fall to pieces, they are there for each other with support, cake and chocolate.

My new novel “Shadows on the Grass” is based very loosely on my family history. It tells the story of a Polish family, who come to the UK and settle in Bristol after World War Two. Mimi, the grandmother is very bitter about the change in her fortunes, Hannah, her daughter is torn between her mother and her possessive husband, while Kate is a teenager, trying to find her own way in the changing world of the 1960s.

Sometimes from a place. The house in “House of Shadows” is based on Kings Weston House, a Georgian mansion, not far from where I used to live as a child; sometimes from something that happened, not necessarily to me, but to a friend, or member of the family and sometimes the story is just there waiting to be told.

This is a really tricky question. I’d like to say a categorical no, but that wouldn’t be quite true. None of my characters are deliberately modelled on people I know, but they often have characteristics that are similar. I think this is inevitable, because I am fascinated by people and what drives them, so I am always watching and analysing and this must sink into my subconscious.

Sometimes they come with the character. I know who they are and what they are called. This was true of Elsa, Liz and Bernie in “Picking up the Pieces”. At other times, I struggle to get the right name. Occasionally, the name comes first and the character follows.

First comes the idea, then the planning. I have to have every chapter planned out before I start, though I often find that this changes as the book progresses. When the first draft is complete, I bring it along to Renegade Writers for their expert feedback, which inevitably means a re-write of some sort. I once had to ditch the first 30,000 words, which, although it was painful, was the right thing to do.

As for the actual writing, I try to write every day. Ideally, I am in my office, at my computer, first thing in the morning and do at least an hour’s work, before I tackle anything else.

Currently, but they do change, my list would be, Jane Austen, L. M. Boston, Barbra Nadel, Donna Leon and James Lee Burke.

I’d like to ask J.K. Rowling how many times “Harry Potter and the Philosopher’s Stone” was rejected. There’s a huge mythology about this and I’d love to know what really happened.

I read all the time. There was a street lamp outside my bedroom window and I used to pull back the curtains and read by that light, when I was supposed to be asleep.

My first serious piece was written when I was eleven. It was a play and was performed by homemade cut out puppets, in a theatre made from a cardboard box.

“Emma” I don’t think she should end up with Mr. Knightly. The age gap is too great and he is too much of a father figure. She moves from one controlling man, her father Mr Woodhouse, to another. Mr. Knightly is kinder but will he let her be herself? I would love to see her in a more equal relationship.

“The Children of Green Knowe” the perfect time slip/ghost story. I read it when I was a child and it is still one of my favourite books.

I’d like to take Cathy Earnshaw, from “Wuthering Heights” to The Yorkshire Tea Rooms in Rippon and give her a good talking to. Her masochistic relationship with Heathcliff is not a good role model, though a highly seductive one.

Right now I’m working on the marketing for “Shadows on the Grass.” I’ve just finished a short story which will be free for anyone who buys the e book and signs up for my newsletter. Then I will turn my attention to the next novel.

Have a large glass of wine, some cake and host a Facebook party.

Just to say thank you to those of you who buy and read my books and especially to anyone who takes the trouble to write a review.

Thank you for taking the time to answer my questions, Misha 🙂 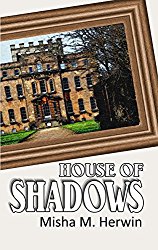 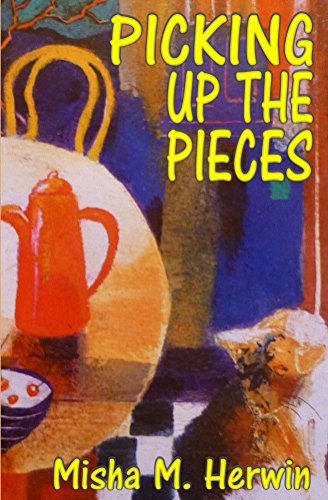 Previous post on Chat About Books featuring Misha Herwin and her books…..

2 thoughts on “#AuthorInterview with @MishaHerwin”