Firstly, my apologies to Nicola Cassidy and Bombshell Books for publishing my review so late in the day, but I am thrilled to be joining in with the blog tour for December Girl!

Many thanks to Sarah Hardy, at Bombshell Books, for the opportunity to take part and for the honour of sharing the same day of the tour with her 🙂

December Girl has to be one of the saddest stories I’ve ever read, but one which had me totally gripped.

The pain and devastation Molly endures during her life is just heart-breaking. When we first meet her she is a girl at home with her parents and younger brothers, about to be evicted from their home at Christmastime, by a selfish and uncaring landlord. There was a massive divide between the rich and poor in 1895, although I’m not sure if things are too much different these days in some cases.

The stress of the situation causes her beloved father to have a fatal heart-attack and their lives are changed for ever. Molly never gets over the death of her father and her life is more than difficult, especially when she makes the decision to avenge her fathers death, leaving her looking over her shoulder for the rest of her life.

The story is set between 1895 and 1921 and such a lot happens during these years, more than any one person should ever endure during their lifetime. There are some happy times, of course, but mostly an all consuming sadness which drew me to Molly, willing everything to turn out well for her.

I can’t believe this is a debut. It’s the most captivating, character driven story which is so beautifully written I could feel the emotion pouring off the page.

Many thanks to Bombshell Books for my ARC and to Nicola Cassidy for her most thoughtful gift.

Molly Thomas is a feisty, independent soul, born on the Winter Solstice. At every stage of her life, she has faced troubles.

As a young woman, her family are evicted from their home at Christmas. Molly swears vengeance on the jealous neighbour and land agent responsible, Flann Montgomery.

Then in 1896, her baby son is taken from his pram. While Molly searches the streets for little Oliver, the police are called but her baby is gone.

Why does trouble seem to follow Molly? And will she ever find out what happened to her child?

December Girl is a tale of family bonds, love, revenge and murder. 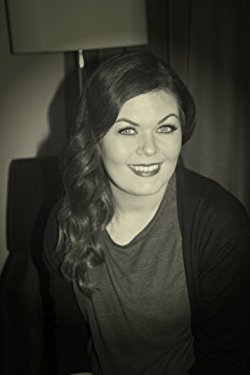 Nicola Cassidy is a writer and blogger from Co. Louth, Ireland. She started
her writing career early, entering short story competitions, penning protest
letters to magazines and making up characters in her head. These
scribblings saw her place in a number of competitions as a child and
encouraged by her English teachers, she chose to study journalism at
Dublin City University.
While working in political PR and marketing, Nicola studied a series of
advanced creative writing courses at the Irish Writers’ Centre and set up a
lifestyle and literary blog at http://www.LadyNicci.com, which was nominated in
the Ireland Blog Awards in 2015 and 2016.
During her maternity leave for her first daughter, Nicola set about
researching and writing a historical fiction novel, December Girl, inspired
by true events and set in the mystical and ancient Boyne Valley, famed for
its stone age passage tombs, near to where she grew up.
Nicola  signed with US based Trace Literary Agency in 2016. December Girl
was picked up by Betsy Reavley at UK digital publisher Bombshell Books
in June 2017 and will be published 26 October 2017.
She is an avid reader, inspired by the likes of Anais Nin, Joan Didion and
Jessie Burton and is currently working on her second novel, also inspired
by true events. She lives with her husband and two young daughters in
Termonfeckin, Co. Louth.