I am delighted to be joining in with Jackie Ladbury’s Air Guitar and Caviar blog tour! 🙂

Many thanks to Rachel for the opportunity.

I’ve been writing for some time now and toying with different genres until I realised that I was only happy with a story when it had a romance at its heart. As I’d also been scribbling down my musings about pilots and air stewardesses (or cabin staff as I believe they are now called in England – but how unromantic does that sound?) I decided to try and write an airline based novel. About five novels later I wrote Air Guitar and Caviar and just knew it was worthy of showing to the world. It was shortlisted for a Choc Lit competition when it was only 65,000 words and I knew I could turn it into a better novel if I made it longer. A year later the final version was finished and I still love the story and my cover.

The idea for Air Guitar and Caviar came out of the blue when I spotted a busker eyeing up a blonde haired, pretty Ryanair stewardess as she wiggled along the road in her sky-blue uniform, pulling her wheelie bag behind her. It seemed a good premise for a story: how would this down-and-out busker manage to bag himself the girl? It grew from there really, although I admit I did turn the busker into a handsome, talented guy from a middle-class background in Southwold, and to make the setting more interesting, the ‘hostie’ worked for a private airline. (It just gave me more freedom with settings and situations.)

Yes, in a collective kind of way. Lots of traits of my past airline friends and colleagues have morphed into one or two characters. I do have one horrible captain in Air Guitar and Caviar who is not based on any one person – most of the flight deck I worked with were really lovely and respectful.

It takes me ages, although Dylan my busker appeared from nowhere and I knew it was perfect for him. I guess you learn to know the character as the novel progresses, so the name you choose initially might become unsuitable half way through it.

Messy – sadly. I don’t seem to have cracked the ability to plot and so my biggest hurdle always seems to be rearranging scenes and chapters once the novel is finished. Nighmare!

Diana Gabaldan, CJ Archer, Jules Wake, Jane Lovering and a bit of a newcomer to the writing scene Victoria Cornwall. To be honest I read stacks of books, mostly in the dead of night and I forget who wrote them, the minute I finish the story, even if it’s a fantastic novel. Don’t even take in the writer’s name in the first place most of the time. Don’t know why I’m like that but I think it’s to do with the Kindle. (that’s my story anyway!)

I’d meet Diana Gabaldin and ask her if she’d let me keep Jamie Fraser from Outlander!

Not really. I remember reading all the Enid Blyton books, but struggled to know what to read as I grew older. I was a member of our local library and had a good friend who was an avid reader, so used to just borrow what she told me to!

I knew I wanted to write an awful long time before I actually sat down to do it. I remember ‘getting ready to write.’ I had my pen and a pretty exercise book with a hundred blank pages for me to fill – and a glass of wine – all at the ready, and then I thought, hmm, how do I do this? Probably just drank the wine and watched the telly a good few times before I actually started to write anything.

One Day by David Nicholls. I stopped reading it when it got to ‘That Bit’ (no spoilers) It ruined the book for me, totally.

One Day – with a better ending.

‘She tried her best, bless her!’

It would have to be Jamie Fraser from Outlander – I just can’t help myself! I’d quite like to sit on the grass with him in Scotland and listen to tales of how life was back in those days.

Oh blimey, my writing schedule is as much of a mess as when I write my individual novels. I have a Christmas novella that might make Amazon by Easter at the rate I’m going, I have another story about a chef and an actress that is 43,00 words in, and am re-reading, hopefully for the last time, my historical romance called The Potters Daughter that is set for release early next year. I have another novel for the Blue Skies series on the boil, set in Africa about diamond smuggling. This one is again set around a private airline with a handsome FBI agent trying not to fall in love with the stewardess who he believes is a baddy!

Yes. As well as the Potter’s Daughter, I have the second in the Blue Skies series set in the airline industry. After much deliberating, it’s called the Magic of Stars as there is quite a bit of star-gazing in it, although it is, of course, a romance.

Cry with relief and trepidation! I keep forgetting about the two bottles of champagne that have been gathering dust under the stairs, but hopefully next time…

In case you wondered, I was a stewardess for many years in corporate and commercial airlines, so I kind of know what I’m talking about – up to a point…

Thank you for taking the time to answer my questions, Jackie 🙂 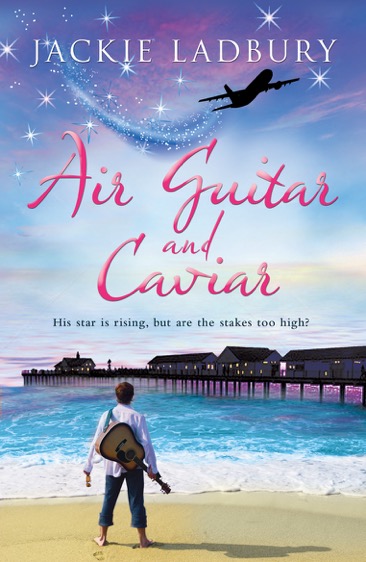 Busker Dylan spends his days pulling pints in the local pub and singing on the high street, waiting for fame to call. That suits him fine, until beautiful, but frosty, air stewardess, Scarlett, tosses some coins into his hat but ignores his killer smile and his offer of pizza. He sets out to get the girl, but Scarlett isn’t in the right frame of mind to date anyone, let alone a penniless, if charming, busker boy.

Dylan’s desperate for his big break, but will it bring him the happiness he longs for? And with Scarlett’s past threatening to ruin her future, will Dylan be left to make sweet music all on his own? 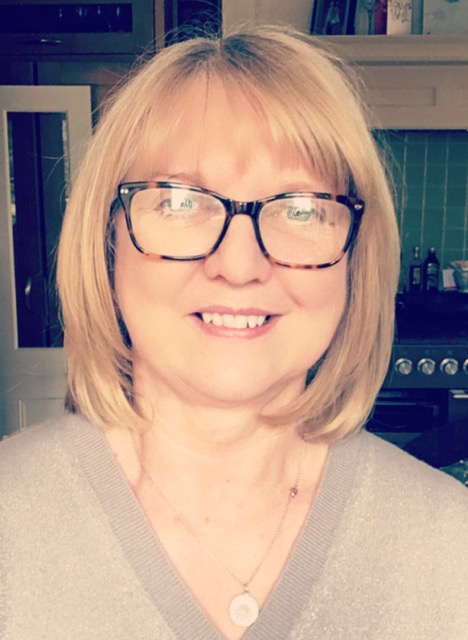 Jackie Ladbury was desperate to become a journalist when she left school but was ousted within minutes on the day of the exam at her local rag because she’d forgotten to bring a pen.

Her budding writing career was not on hold for long, though, as Jackie found herself scribbling love stories of pilots and ‘hosties’ while she flew in aeroplanes of various shapes and sizes as a flight attendant herself.

Fast forward a good few years and, after being short-listed in a couple of prestigious romantic writing competitions, Jackie decided it was time to discard her stilettos, say goodbye to the skies and concentrate on writing romantic novels, where the only given is a guaranteed ‘happy ever after.’

(Giveaway is open to UK residents only.)

Jackie Ladbury has another book out soon, The Magic of Stars, the full cover reveal for which will be published on 12th January. Here’s a little teaser…..