Many thanks to Rachel 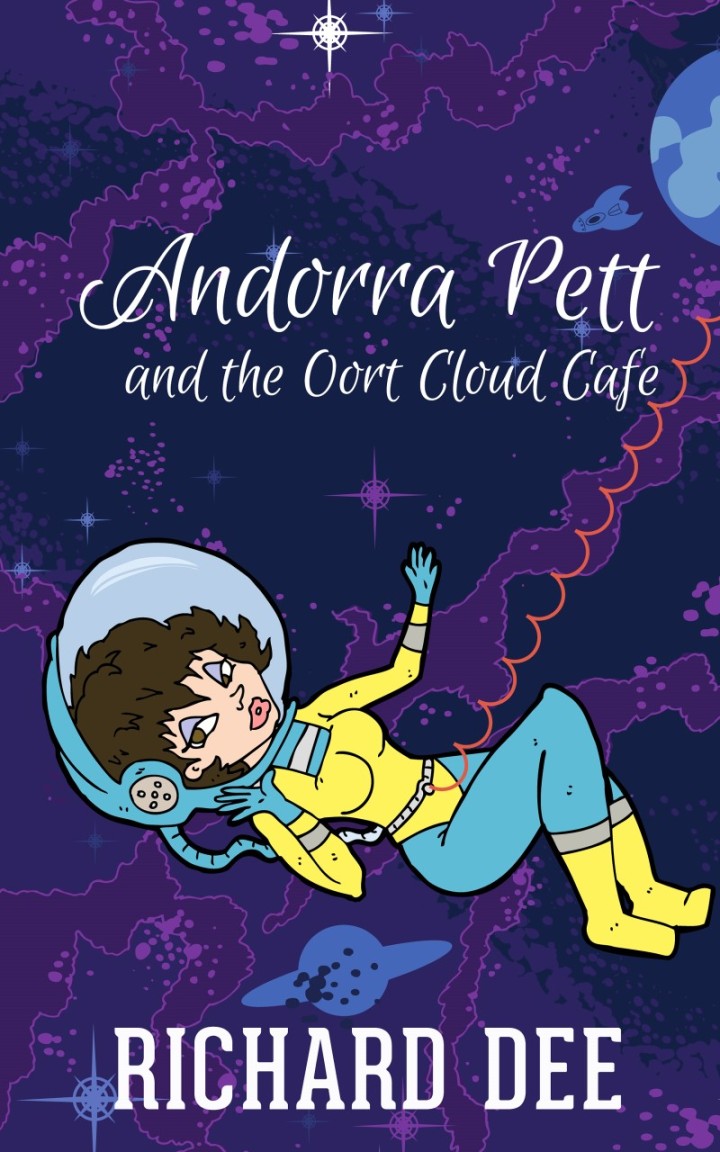 Meet Andorra Pett; with her trusty sidekick, she’s taken over a derelict café. On a mining station. It just happens to be orbiting Saturn! She’s hoping for a fresh start, away from all the drama of her old life. It’s a chance to relax and start again in a place where nobody knows anything about her or her past. But the café holds a secret, and secrets have a habit of coming out; whether you want them to or not. And being accident prone doesn’t help. The more you try to pretend that you know what’s going on, the worse it gets. Andorra’s plans for peace and quiet get lost amid the revelations and skulduggery and she soon realises that the fate of the whole station lies in her hapless hands. In space, you can still trip over your feet; the question is, will you land upright? 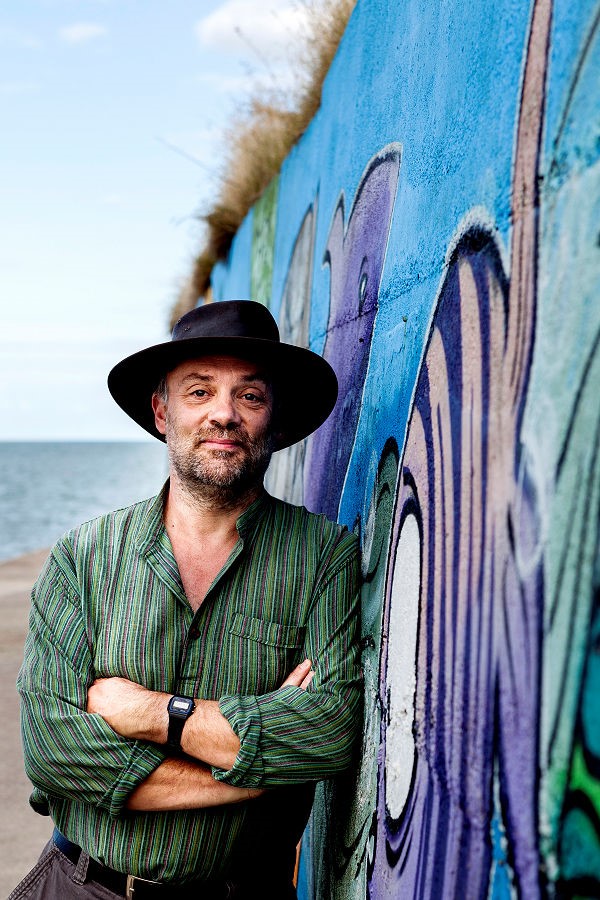 A native of Brixham in Devon, Richard Dee’s family left Devon when he was in his teens and settled in Kent. Leaving school at 16 he briefly worked in a supermarket, then went to sea and travelled the world in the Merchant Navy, qualifying as a Master Mariner in 1986. Coming ashore to be with his growing family, he used his sea-going knowledge in several jobs, including Marine Insurance Surveyor and Dockmaster at Tilbury, before becoming a Port Control Officer in Sheerness and then at the Thames Barrier in Woolwich. In 1994 he was head-hunted and offered a job as a Thames Estuary Pilot. In 1999 he transferred to the Thames River Pilots, where he regularly took vessels of all sizes through the Thames Barrier and upriver as far as H.M.S. Belfast and through Tower Bridge. In all, he piloted over 3,500 vessels in a 22-year career with the Port of London Authority. Richard was offered part time working in 2010, which allowed him to return to live in Brixham, where he took up writing and blogging. He retired in 2015, when he set up and ran a successful Organic bakery, supplying local shops and cafés. The urge to write eventually overtook the urge to bake but Richard still makes bread for friends and family. Richard is married with three adult children and two grandchildren. He can be found at http://www.richarddeescifi.co.uk 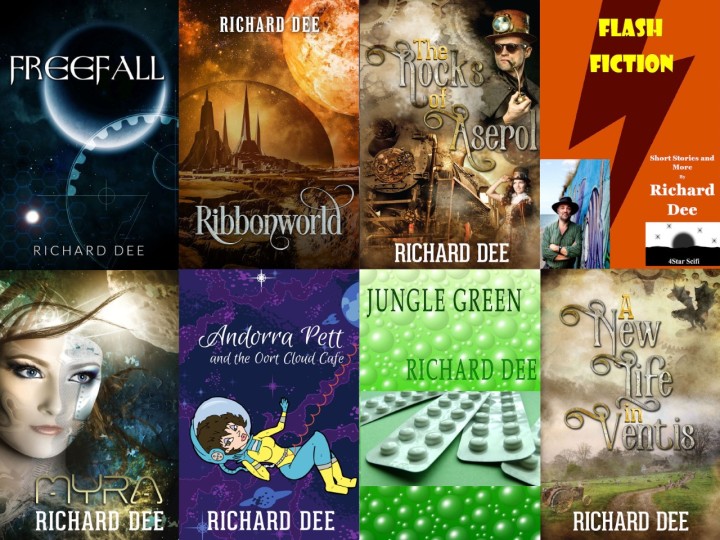 Hi, I’m Richard Dee and I live in Brixham, Devon. I write Science Fiction and Steampunk adventures. I’m a retired Master Mariner and Thames River Pilot, living in Brixham Devon, which is where I was born. I have a website at www.richarddeescifi.co.uk and you can also find me on Facebook at RichardDeeAuthor

I wanted to start writing years ago but never seemed to have the time until I retired. When I actually fired up the keyboard, I found that the more I wrote, the more I wanted to write. Ideas just poured into my head as fast as I could get them down. I now have seven novels and two books of short stories published, with several more ready to go.

I chose the self-publishing route, for the control it gave me, after hearing horror stories about author’s experiences with the traditional publishing route. I started by writing Science Fiction, which I have always loved, then I moved onto Steampunk. I found a great editor and a fantastic cover designer to make my novels as professional as I could.

I have three current series, The Dave Travise (Freefall and Myra), the Balcom (Ribbonworld and Jungle Green) and the Norlandian Steampunk (The Rocks of Aserol, A New life in Ventis and Tales form Norlandia).

All have sequels in planning, I also have spin-off novels and standalone works in the pipeline, you can keep up at https://richarddeescifi.co.uk/portfolio

I had a few ideas for the adventures of an amateur detective and was inspired by my wife and three daughters to create a female character, Andorra Pett. As well as being a composite of the ladies in my life, I like to think of her as a cross between Agatha Raisin and Miss Marple, in space! Andorra Pett and the Oort Cloud Café is out now, Andorra Pett on Mars will be published in April 2018, Andorra Pett and her Sister is a work in progress.

Mostly they come from snatches of dreams or overheard conversations in coffee shops or pubs. I might see something on the news which will give me an idea, or a piece about some new invention that I could use. The stories themselves are not dependant on the Sci-fi or Steampunk element; it’s rather like an extra character, the location where the story takes place and the necessary technology to tie it all together.

As I mentioned above, Andorra Pett is based on parts of my immediate family. In my other works, it’s not so simple or clear-cut. I think that all authors would say that there is a little of them in what they write, whether it’s a hero or a villain, there’s probably a bit of me in the explorer of other worlds. I’m sure that one day in the far future, a part of my DNA will live on, will be entwined in the cells of a person standing on another planet.

That’s a surprisingly difficult thing to have to do. Names are so emotive. You can use a name to enhance your plot, give a sense of whether that person is good or bad, mislead or confuse the reader and a whole lot more. Some names are synonymous with things, you can use that.

Try to imagine watching a film in your head and typing what you see. You can rewind, pause and slow the action down but you can’t fast forward. Every time I start writing, I never know what will happen. I have to keep going until I get to a good bit. Sometimes that can be after 1,000 words, sometimes 5,000.

I never know the ending until I get to it, this can leave me with several potential suspects, in the case of a murder mystery. When they are revealed, it’s as much of a surprise to me as it is to the reader.

Isaac Asimov, Ray Bradbury, Desmond Bagley, Wilbur Smith and Frederick Forsyth. Not necessarily in that order, I love the relentless pace they inject into the action, the believable background and their ability to describe a world in three sentences. They all provide escapism and entertainment, which is what I aspire to do.

Isaac Asimov, I’d like to know how he thought up the Foundation trilogy in the late 1930’s, given that it was so far removed from anything else at the time.

Very much, I started on Famous Five at a fairly early age and progressed through Narnia to Sci-fi as I grew up.

I wrote a short story in 1979 and turned it into a novel in 2012. Since then I have picked up the pace a little and now do three or four novels a year. The research for them throws up a lot of short stories as well, and I get requests for sequels, prequels and spin-offs from readers, which I do my best to accommodate.

That’s a very hard question, there are usually enough things in any novel to start a sequel without changing the ending, I would have liked The Day of The Jackal to have ended differently, with the Jackal surviving (sorry Lebel, although maybe he could have just been wounded, arising from his hospital bed to continue the chase). The book could have detailed his escape, which I’m sure would have been as meticulously planned as his attempt.

My father’s naval career, he would never talk about what he got up to. I only found a few things out from a person I met who had shared some of them with him. Sadly I never got the chance to learn it all, but it sounded like it would have made a great memoir.

Another tricky one, I’ve been lucky to have lived an interesting life, Cape Horn, the Amazon, a Jumbo jet crash landing, shot at by the P.L.O. and that was before I was 30! How about “Believe it or Not?”

I would have loved to talk about world building with Terry Pratchett.

I have just finished NaNoWriMo, the annual challenge to write a 50,000-word novel in a month. It was my third attempt and I managed 72,000 words this year. That has to be edited, meanwhile, I have several other projects in progress. I’m currently producing an online course in World Building, to help other writers create

Breathe a huge sigh of relief and try not to look at the sales figures.

In the immortal words of Captain James T Kirk, “I work in Outer Space.”

Thank you for taking the time to answer my questions, Richard 🙂 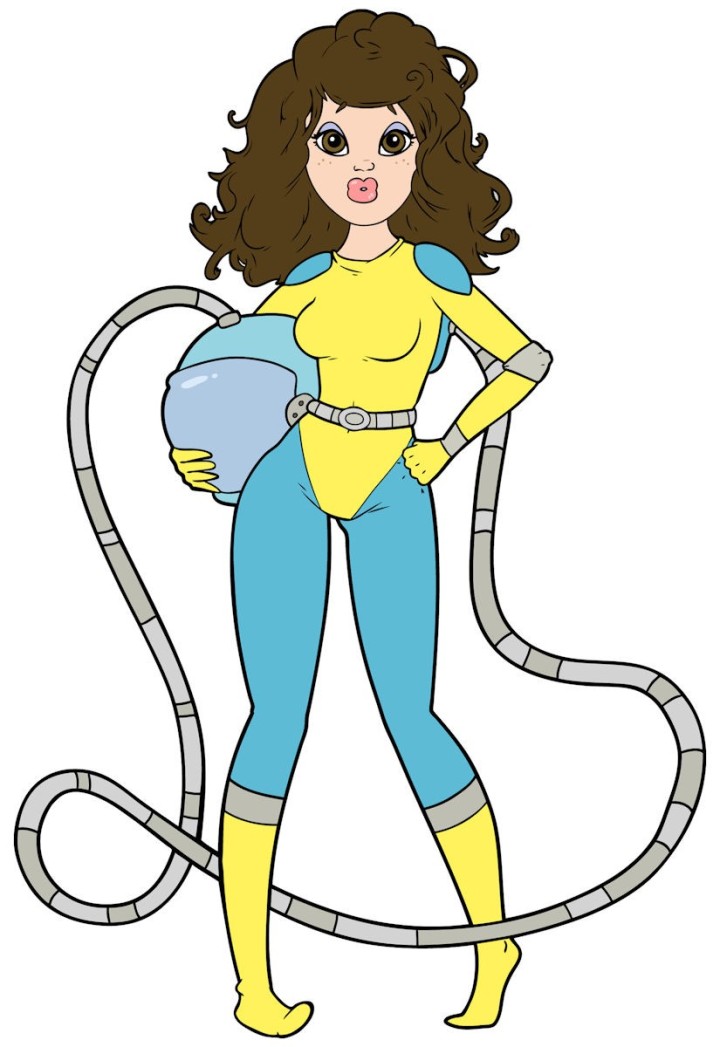 Check out the rest of the blog blitz with these fab book bloggers…..