Many thanks to Rachel @ Rachel’s Random Resources and to S C Cunningham for the following guest post…..

Who am I, what do I write and why?

I write under the name S C Cunningham. The ‘S’ is for Siobhan which is Irish and pronounced Shevonne. I know, I know, it’s a crazy spelling, go figure! I’m also a Crime Investigator.

I tend to write what I know, it’s easier that way and I’m lazy. Luckily I’ve worked in a few interesting industries and met some fascinating characters – some glamorous, some inspiring and some downright evil.

I have a passion for justice, for good winning over evil, mixed with a cocktail of murder mystery, suspense, thrills, laughter, steamy sex, twists and turns.

My writing crosses a few genres, which is what I prefer to read. I like to be entertained on a few levels at the same time – as we are in real life. Popular TV Soap scripts manage this cocktail mix well.

The seed for The David Trilogy was sown when I didn’t follow my gut one day and ended up crossing paths with a violent serial attacker who was haunting single girls living in basement flats in London. I got away unscathed, many didn’t. I remember looking at the offender and asking why? What had happened in his life to make him become so evil?

He seemed to be an intelligent, well dressed, clean living, ok looking kind of guy, nothing screamed psycho. So why, what, where, when, who? Ironically these are the 5 ‘W’ questions asked of detained custody prisoners during interview.

I wrote the fictional trilogy to warn that there can be evil lurking around any corner – so learn to trust and follow your gut! To also shed light on those in authority who abuse their position of power.

The seed for The Fallen Angel Series was sown when I was about 4yrs old, I was taken by a man, luckily, I got away. The following week another little girl was taken, she didn’t. This had a strong effect on me, coming from an Irish Catholic family I used to say my prayers every night asking God for a deal. That if I was a good girl, when I died before I went to heaven could I sit on a cloud for a while, be invisible and get all the bad guys that slipped through his fingers?

My protagonist in the crime-fighting vigilante angel series had the same deal, when she mysteriously dies aged 30 years she awakes to find a whole load of MI5 type units in the skies, full of those who have asked for the same deal. Warning, these guys are no angels, but they get the job done.

I like to study the psychology of people, work out what makes them tick and why. Coupled with my Crime Investigation work involving; forensics, social services, prisons, CPS, courts, border agencies etc it helps give a breadth of knowledge useful to a writer. (I have signed the Official Secrets Act , which quite rightly stops me from writing about cases I have worked on).

So, I guess I write thrillers because of my life experiences. The storylines have found me.

Thank you for stopping by and remember to follow that gut of yours, it’s the best tool we have in the box.

The David Trilogy – The Penance List, Unfinished Business, For My Sins (in progress).

The Fallen Angel Series – The Deal, Karma (in progress). 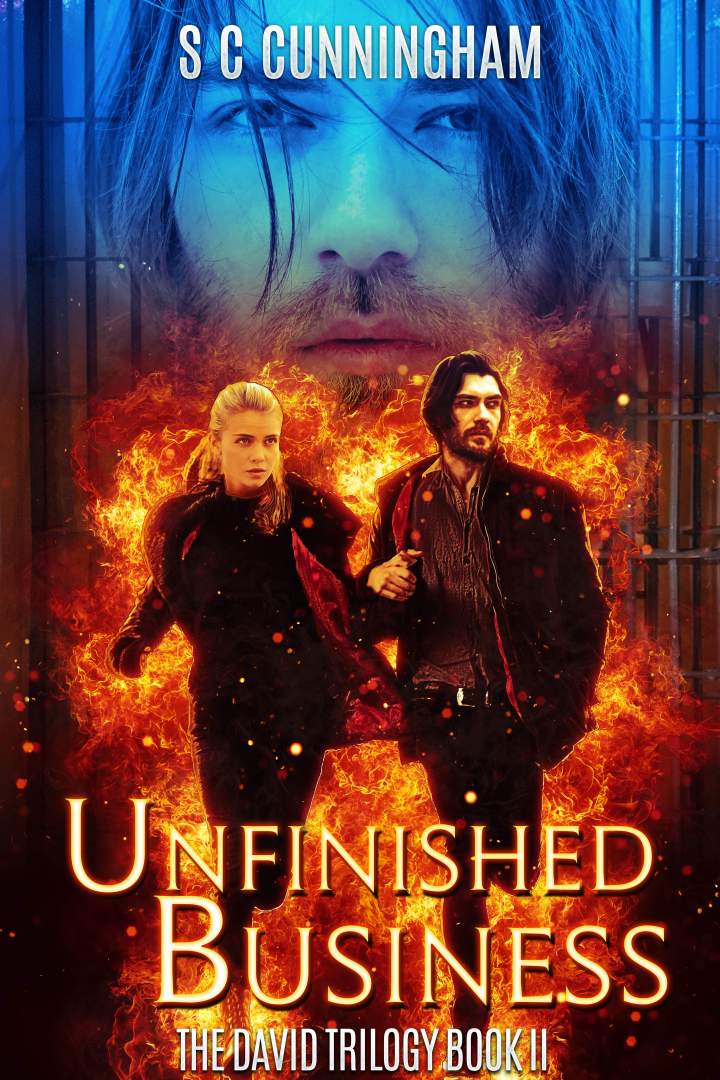 He loved being him… he got away with murder.

She loved being her… until she met him.

With the help of her gutsy friends, fun-loving city girl Tara Warr is the only victim to survive David Howard’s death list. Whilst lounging in prison the hypnotic sexual tour de force enlists an eager recruit, seduces a prison warden and relocates to the sunnier climes of Mexico, a freedom short-lived when his charred remains are found in the fire of a plastic surgeon’s clinic. The police cease their search, finally Tara and her friends can relax, David is dead.

Laughter soon turns to fear when he communicates via Tara’s laptop that he is very much alive, knows their every move and is ready to finish what he started. He is among them, but who? He has a brand new face.

Tara has had enough, time to turn the tables and make him suffer. A woman unafraid of death is a dangerous thing. Has David finally met his match?

Cunningham writes what she knows. Abducted as a child, she survived; and every night for months afterward, she prayed to God, asking for a deal. This personal journey sparked the fuse behind the intriguing and riveting fictional world she portrays in The Deal, the first in the Fallen Angel Series. Twenty years later she crossed paths with a violent serial attacker, thus sowing the seed for her thrillers The Penance List and Unfinished Business part of The David Trilogy. She is currently working on Book III For My Sins.

An ex-model, British born of Irish roots, she married a rock musician and has worked in the exciting worlds of rock music, film, sports celebrity management and as a Crime Investigator for the Police – Wanted & Absconder Unit, Intelligence Analyst, Major Crime Team, Investigations Hub.

Having worked in the music to film industry, she writes with film in mind. The Penance List has been adapted to film screenplay.

*Terms and Conditions –Worldwide entries welcome.  Please enter using the Rafflecopter box below.  The winner will be selected at random via Rafflecopter from all valid entries and will be notified by Twitter and/or email. If no response is received within 7 days then I reserve the right to select an alternative winner. Open to all entrants aged 18 or over.  Any personal data given as part of the competition entry is used for this purpose only and will not be shared with third parties, with the exception of the winners’ information. This will passed to the giveaway organiser and used only for fulfilment of the prize, after which time I will delete the data.  I am not responsible for despatch or delivery of the prize. 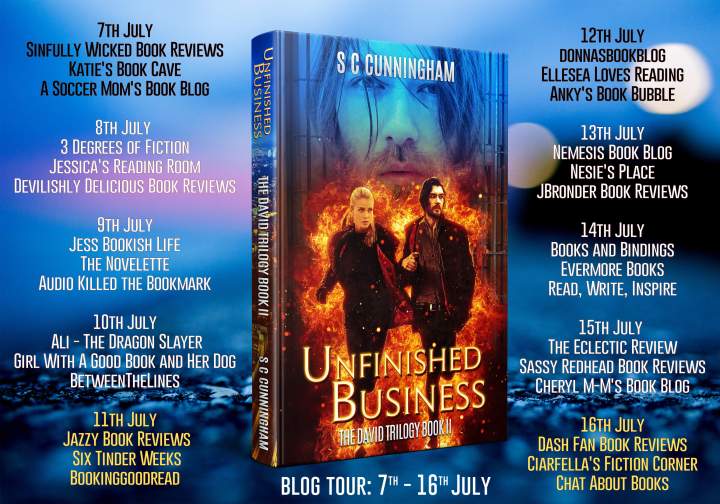