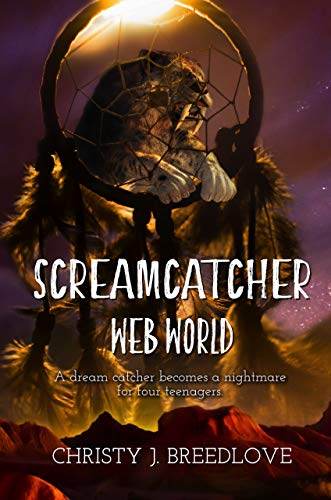 My early writing accomplishment were multiple hits within a few years: In my first year of writing back in 1987, I wrote three Sf short stories that were accepted by major slick magazines which qualified me for the Science Fiction Writers of America, and at the same time achieved a Finalist award in the L. Ron Hubbard Writers of the Future Contest. This recognition garnered me a top gun SF agent at the time, Richard Curtis Associates. My first novel went to John Badham (Director) and the Producers, the Cohen Brothers. Only an option, but an extreme honor. The writer who beat me out of contention for a feature movie, was Michael Crichton’s Jurassic Park. My book was called Dinothon.

A year after that I published two best-selling non-fiction books and landed on radio, TV, in every library in the U.S. and in hundreds of newspapers.

I have been trying to catch that lightning in a bottle ever since. My YA dystopian novel, The Girl They Sold to the Moon won the grand prize in a publisher’s YA novel writing contest, went to a small auction and got tagged for a film option. So, I’m getting there.

I once wondered what would happen to a very old dream catcher that was overloaded with dreams and nightmares. What if the nightmares were too sick or horrible to contain? What if the web strings could not hold anymore negative images? Would the dream catcher melt, burst, vanish, implode? Something would have to give, if too much evil was allowed to congregate in one spot. I found nothing on the Internet that offered a solution to this problem, and asked myself why hasn’t anybody used this? So I took it upon myself to answer such a nagging question. Like too much death on a battlefield could inundate the immediate area with lost and angry spirits, so could a dream catcher hold no more of its fill of sheer terror without somehow morphing or transforming. What would it be like to be caught up in another world inside the webs of a dream catcher, and how the heck would you ever get out?

I see myself in all of my characters, male or female. No matter the gender, they are human beings, with the same thoughts, loves, hardships, and happy times. My male MCs are typically shy but very strong in subtle ways. Clint Eastwood is a prime example of what I call an “Alpheta”, which is the best parts of an Alpha male, minus the controlling, harsh, dominating, loud-mouthed characteristics. So I guess I’m an AlphaBeta male. Gak!

First and foremost, I use all of my relatives and family names in my books. I do this as a tease and a sense of joy and surprise. I think my family members enjoy having roles and reading about themselves. I don’t make any of them bad characters, per se, but they do have their faults and personality quirks.

Nothing special there at all. I don’t have a rigid schedule. If I wake up and I know I have free time, then I will devote that free time to my WIP. I don’t use excuses not to write, so I don’t block up that bad. I know it requires discipline and persistence. I’ll take a break about every four hours, and it’s not unusual for me to press on for eight to 10 hours. My normal day is about five hours.

That would have to be Issac Asimov. He authored hundreds of books, fiction and non-fiction, plus dozens of short stories and articles. I figured if anybody knew what they were talking about it would have to be him. I could learn so much from him. Oh, Anne Rice too.

I was not a big reader as a child at all. I never remember reading books or short stories. That only happened when I reached my late 20s. I did have assigned reading projects in school, but they were far, few and in between. I was a late bloomer.

I became a writer very early on in about 1974 when I wrote about five SF novels longhand in spiral notebooks. But it wasn’t until 1986 when I read a short story in Twilight Zone Magazine that the writing bug really hit me. I was so impressed with the structure of the story, I thought I could duplicate the feat, and started writing short stories right away. I wasn’t prepared for how difficult it was to be published, even by small press.

Nope. I’m satisfied with all that I’ve written. Some endings have faded out, and some went out with a bang. However, my first review of Screamcatcher ended with a reviewer wishing that the ending might not have been so predictable. I’m still scratching my head over that one. Time will tell as more reviews come in.

I hate to be dramatic, but my writing life has been dramatic and filled with trials and tribulations. I would title it “Impossible Odds.”

Well, provided she looked like Helen Slater, I would invite Supergirl out on a date. She might be a veggie, so I would take her to a vegan restaurant. I wouldn’t mind her taking me on a flight around the city.

The Screamcatcher books; The Dream Chasers (book 2) and The Shimmering Eye (book 3) have to be editorially prepped pretty soon, so they are next. My new standalone is a Middle Grade Portal fantasy. It’s in serious triage at the moment.

Screamcatcher: Web World, is a YA portal fantasy, something likened to the Narnia World. It has high stakes like The Hunger Games. I’m in the process of acquiring reviews and interviews for it. My whole campaign for it revolves around promotion and marketing. It is a huge job, very time consuming, but a lot of fun too. I get to meet people like you!

Only Screamcatcher so far. And then the next two in the series.

I surely don’t relax. It means my publisher and myself have to announce it to the world, via every social media source I have, and there are many of those.

Kerry, what you are doing is such an unselfish gesture for us scribblers, it goes without saying that it is people like you who sustain and promote literature. I want to thank you on behalf of all of us who appear in your pages. I think someone ought to pin a medal on you for service above and beyond the call of duty. It was my pleasure to be here.

What a lovely thing to say 🙂 It is an absolute pleasure to share the book love! Thank you for taking the time to answer my questions!

When seventeen-year-old Jory Pike cannot shake the hellish nightmares of her parent’s deaths, she turns to an old family heirloom, a dream catcher. Even though she’s half blood Chippewa, Jory thinks old Indian lore is so yesterday, but she’s willing to give it a try. However, the dream catcher has had its fill of nightmares from an ancient and violent past. After a sleepover party, and during one of Jory’s most horrific dream episodes, the dream catcher implodes, sucking Jory and her three friends into its own world of trapped nightmares. They’re in an alternate universe—locked inside of an insane web world filled with murders, beasts and thieves. How can they find the center of the web where all good things are allowed to pass? Where is the light of salvation? Are they in hell?