I am delighted to welcome Tracey Sinclair to my blog today 🙂

I’m an author and freelance writer and editor who lives in Brighton and I write in a mix of genres – including a romcom set in my hometown of Newcastle, Bridesmaid Blues, and a series of funny, snarky paranormal books set in London, called Dark Dates.

Everywhere! Sometimes from life – the basic plot of Bridesmaid Blues, in which the heroine has to be bridesmaid at a wedding where her ex was best man – came from my life (really!), but otherwise I’m inspired by lots of things.

Yes! I do weave a lot of my own traits into my protagonists – both Luce in Bridesmaid Blues and Cass in Dark Dates have a lot in common with me – and I often base characters on people I know, albeit it very loosely. I don’t want to make someone too close a fit in case I offend them, or have to kill them off!

That’s always a struggle – though I did name Laclos, the vampire in Dark Dates, after one of my favourite authors. But often characters go through several names before one sticks.

I tend to scribble down ideas, scenes and characters sketches in long-hand for a few weeks – or even months – before I start a first draft, which I then write long-hand: sometimes I do a second long-hand draft then type them up and do multiple rewrites. As someone once said, most writing is rewriting!

Oh, god, this changes all the time, but consistent favourites are Terry Pratchett, Jim Butcher, John Connolly, Barbara Kingsolver and A L Kennedy.

Alas I will never get to do this, but I would have very much liked to have had a pint and a chat with Terry Pratchett.

I’ve been writing as long as I remember, but I had my first short story published when I was 17.

I wouldn’t, but there are scenes I would rewrite or omit, or small things I would change. I don’t think anyone is ever completely happy with their final version.

Whatever I am reading at the time, if it’s good. I’m currently reading Samantha Ellis’ biography of Anne Bronte and envying her light but informative style, and I just finished Michelle Paver’s Thin Air and wanted to be able to write so eloquently and creepily.

Ooh, tough one. I would happily have a night out with either of the hot guys from my books: Cain would want to go to the pub, Laclos to a trendy bar, I’d be happy to just stare at them!

I’m working on a sequel to the last Dark Dates book, Angel Falls, which ended on a cliff-hanger so I feel I have to keep reassuring people I’m writing the next one, and a few other projects at the moment. Lots in the pipeline, hopefully.

Nothing immediate – I put out 2 books last year so I’m still in the drafting stage of things now.

I love interacting with readers and bloggers so do come say hello…!

Thank you for taking the time to answer my questions, Tracey 🙂

Luce knows she should be thrilled when Jenna asks her to be bridesmaid – after all, they’ve known each other since childhood and Jenna is the best friend any girl could have. But it’s hard to get excited about weddings when you’re terminally single and the best man is the boy who broke your heart: Jamie, the groom’s dashing and irresistible brother. How can she face the man who dumped her when she’s still so hopelessly in love? Then again, maybe this is the perfect opportunity – after all, where better to get back together than at a wedding?

So Luce has six months to figure out how to win back her ex, but she has plenty else on her plate – from an old friend returned to Newcastle with an announcement of her own, to a youthful colleague who may or may not have a crush on her and a mother who is acting very strangely indeed… and that’s all before a mysterious, handsome American walks into her life.

Sometimes being a bridesmaid isn’t all confetti and champagne… 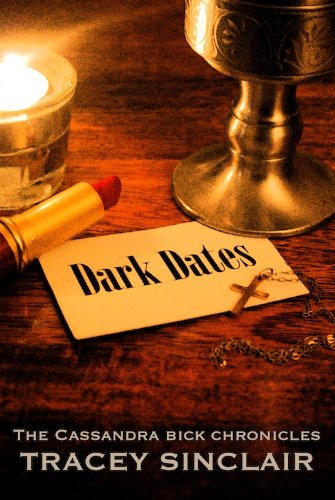 All Cassandra Bick wants is to be left to get on with doing her job. But when you’re a Sensitive whose business is running a dating agency for vampires, life is never going to be straightforward – especially when there’s a supernatural war brewing in London, a sexy new bloodsucker in town and your mysterious, homicidal and vampire hating ex-lover chooses this moment to reappear in your life…

Witty, sharp and entertaining, Dark Dates is a heady mix of vampires, witches and werewolves – with the occasional angel thrown in – and introduces Cassandra Bick, a likeable heroine destined to join the ranks of fantasy’s feistiest females. 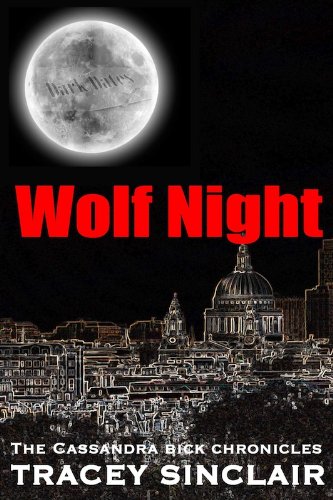 After narrowly averting a supernatural war in London, Cassandra Bick just wants life to get back to normal. Or as normal as life can be when you run a dating agency for vampires, your best friend is a witch and the oldest, strongest and sexiest vampire in town is taking a very personal interest in your business. But when a vicious new supernatural enemy threatens her friends, Cass finds herself once again fighting for the fate of her city – and having to face some demons of her own.

Wolf Night is Book 2 in the Dark Dates series, the Chronicles of Cassandra Bick. 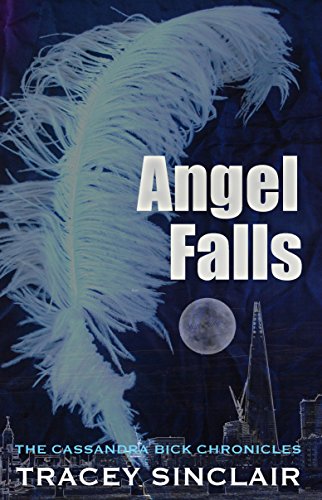 It isn’t easy to surprise Cassandra Bick. When you run a human-vampire dating agency, your colleague is a witch who is engaged to a shifter and your business partner is one of London’s most powerful (and sexiest) vampires, there’s no such thing as a normal day at the office.

But when a mysterious Dark Dates client brings a dire warning of a new threat to the city’s supernatural community, Cass and her friends realise they are up against their deadliest foe yet – and that this time, the danger is far closer to home than they could ever have imagined.

Sexy, snarky and with more bite than a crypt full of vampires, Angel Falls is the latest in the Dark Dates: Cassandra Bick series. 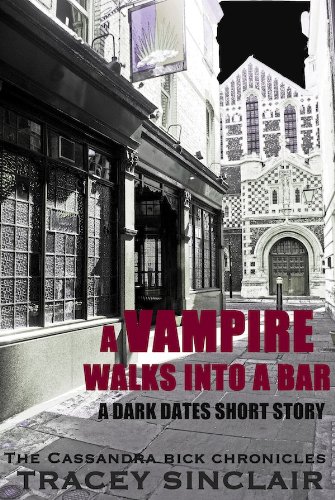 The hunter just wanted to be left alone – one last drink before leaving London forever. Then the vampire Laclos walked into the bar, and suddenly his night wasn’t looking so quiet after all…

There’s a new hunter in the city and he’d targeting Dark Dates – the vampire/human dating agency run by Cassandra Bick, who also happens to be the woman that both Cain and Laclos love. These two fierce rivals must work together to stop him before he drags London’s vampires into the spotlight and destroys Cassandra’s life – that’s if they don’t kill each other first. 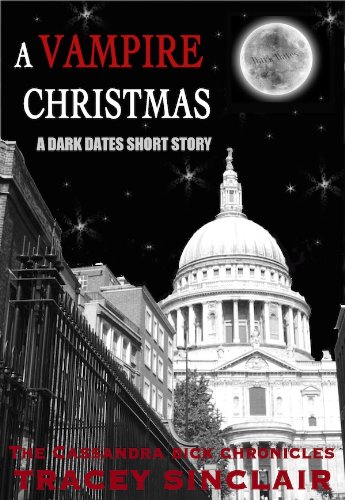 It’s Christmas in London but Cassandra Bick, owner of the human/vampire dating agency Dark Dates, doesn’t feel much like celebrating. There’s a rogue vampire running loose on the streets and Cassandra and her friends must try to stop him before he strikes again – even if that means enlisting the help of Laclos, the flirtatious vampire with very definite ideas of what (or who) he wants to unwrap this Christmas…