Spending the night with a beautiful woman would be a good alibi, if the body in the next room wasn’t her husband.

Doc Slidesmith has a habit of knowing things he shouldn’t. He knows the woman Chris Rudjer meets online is married. He knows the adult fun she’s looking for is likely to be short lived. And when her husband’s killed, he knows Chris Rudjer didn’t do it.

Only trouble is the police disagree and no one wants to waste time investigating an open and shut case.

No one except Doc.

Using lies, blackmail and a loaded pack of Tarot cards, Doc sets about looking for the truth – but the more truth he finds, the less he thinks his friend is going to like it.

How good does that sound and how awesome is this cover! 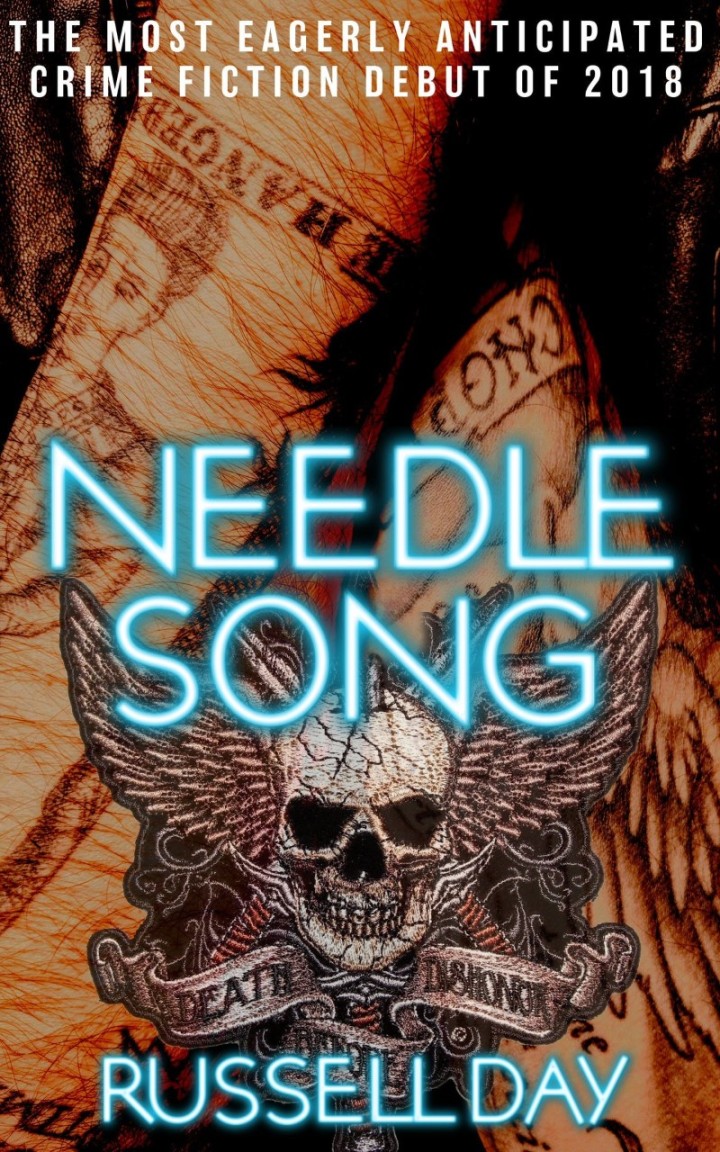 FREE RUSSELL DAY SHORT STORY IN EXCHANGE FOR A TWEET:

Russell Day came to Fahrenheit Presses attention when they asked for submissions for their NOIRVILLE short story competition. A panel of judges placed Day’s stories in first AND SECOND place! Only one of the stories features in the NOIRVILLE anthology which means we’re giving the second story away for FREE, you lucky people!…….(well, free in exchange for a tweet!).

To receive a copy of Russell Day’s award-winning story, make sure you’re following @damppebbles (so you can receive the DM with the download links) and then tweet the following:

No retweets, it has to be a shiny new tweet otherwise it won’t count! Any problems then please contact @damppebbles.

Russell Day was born in 1966 and grew up in Harlesden, NW10 – a geographic region searching for an alibi. From an early age it was clear the only things he cared about were motorcycles, tattoos and writing. At a later stage he added family life to his list of interests and now lives with his wife and two children. He’s still in London, but has moved south of the river for the milder climate.

Although he only writes crime fiction Russ doesn’t consider his work restricted. ‘As long as there have been people there has been crime, as long as there are people there will be crime.’ That attitude leaves a lot of scope for settings and characters. One of the first short stories he had published, The Second Rat and the Automatic Nun, was a double-cross story set in a world where the church had taken over policing. In his first novel, Needle Song, an amateur detective employs logic, psychology and a loaded pack of tarot cards to investigate a death.