Many thanks to Rachel @ Rachel’s Random Resources and to Robert Stone for the following guest post…..

Chasing Deep Gold is the working title for next non-fiction book. It is a prequel to my book Chasing Black Gold https://www.thehistorypress.co.uk/publication/chasing-black-gold/9780750960335/ and based on my commercial diving career in the 1970’s and early 80’s.

When a platform reaches the end of its commercial life it and the surrounding infrastructure needs to be removed. You come in with a derrick barge and they lift the topsides off and take them away to be reused or scrapped. One of the perks is you are working on a platform covered in oysters. A natural reef. I don’t think I’ve ever had oysters that tasted better than ones you popped the shell on underwater.

No one on the barge had ever cut a jacket free from the bottom before using explosives so we played it by ear. The plan was to use water jets to blast a 10 foot deep hole at the bottom of each jacket leg big enough for a diver to work in. You put one end over your shoulder and pointed the other end at the mud. Visibility disappeared in an instant but seeing what you were doing doesn’t matter much.

Once the work space was created we then went down and burned a 3 foot square hole in the leg and pull the piece out with the crane. Then we would bust the grout with a hammer and chisel exposing the pile steel which we would also cut a hole in. This process would be repeated on all four legs.

You might have had the impression that diving is a very glamourous occupation but basically you are a very highly paid hard labourer! Swinging a sledgehammer underwater for an hour can be very exhausting!

Once the holes in the legs were completed we then set about placing the explosives in each one. It was a two part explosive in gallon cans. This jacket was huge and in a 150 foot of water. The gallon cans looked pretty small so we decided to put 4 in each leg. We placed them in, tying them off with rope and then ran the primacord up to the surface.

We backed the barge up about half a mile, hooked up the wires to the battery and shouted ‘Fire in the Hole!!’

The platform, which weighed several thousand tons, jumped up 6 foot. The shock wave hit the barge and we could feel it through our feet. We were so lucky not to have sunk the barge. I looked at the Barge Captain. He didn’t think it was that funny.

All the fish that lived on and around the platform had been killed in the blast and were floating to the surface. It didn’t take long for the sharks to come and we couldn’t dive for two days. Lots of private boats heard and came out to fill their chest freezers with groupers and snappers.

We still had work to do as once the structure had been removed. You do a general clean up around the bottom. Amazing what a pile of steel and wires that accumulate over 25 – 30 years.

We started diving again but there were still loads of sharks swimming around. One of the divers was deathly afraid of going in and he kept refusing. The Superintendent was going to run him off but rather than lose his job he agreed to make a dive. We decided to mess with him.

Divers wear a bailout bottle- basically a small scuba bottle that if you lose your main supply of air you had a backup. Depending on the depth it was good for a few minutes or a few breaths. Better than nothing and saved my life on a couple occasions.

Anyway, I took a hose clamp and strapped a large 6” shark hook to his bailout bottle and put a whole chicken on it. His tender brought it out behind him without him seeing it and put it on his back. He was a big guy and when he stood up to jump off the barge everyone one was laughing so hard they were crying. He kept turning around and around to see what was up which made everyone laugh even harder. We kept screaming at him to jump in but he wouldn’t and finally we had to sit him down and take the bottle off him. He didn’t think it was as funny as we did to say the least! 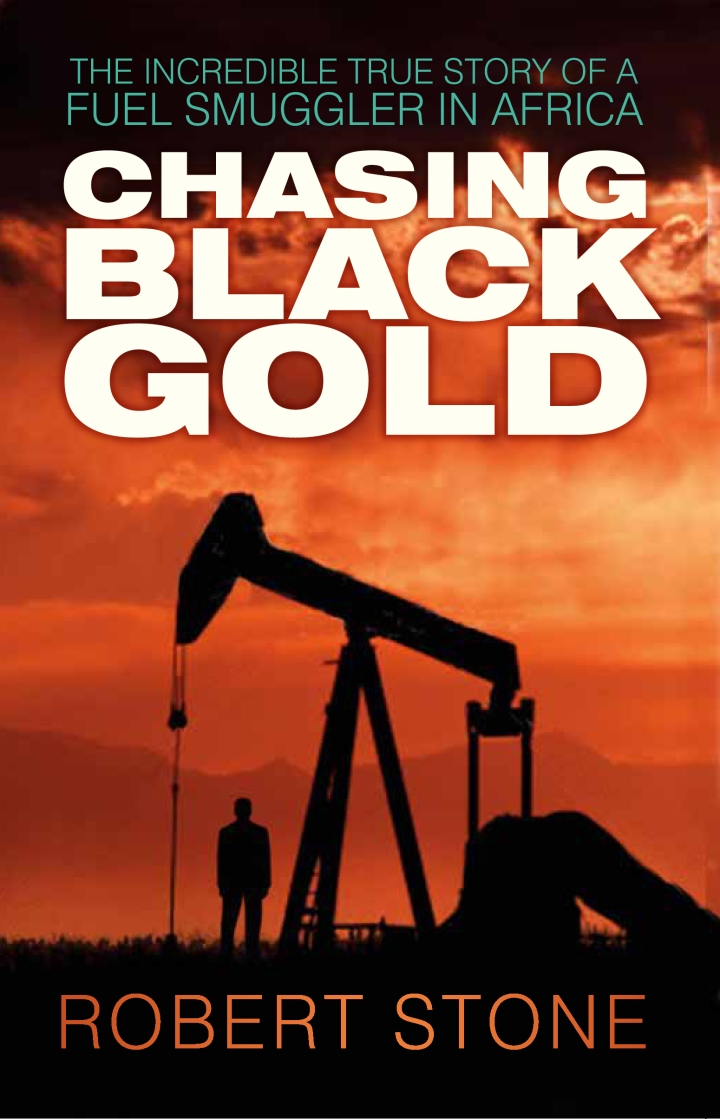 ROBERT STONE was a serial entrepreneur – an enterprising individual, mostly on the wrong side of the law, who spent twenty-five years operating all over the world, before being arrested in Switzerland as a result of an international manhunt led by an Organised Crime Drug Enforcement Task Force. Over the course of his career, Stone earned and lost several lifetimes’ worth of fortunes, went to prison on three continents, used dozens of aliases, saw men die, and masterminded one of the biggest marijuana smuggling operations in criminal history. Fuel smuggling in Africa, trading fuel with generals, rebels and businessman, was both his career high and, ultimately, what brought him down.

Author Robert Stone first came to Aberdeen Scotland in 1973 as a pioneer saturation diver in the early dangerous days of the North Sea. Retiring from diving in the mid 80’s he became a serial entrepreneur –mostly on the wrong side of the law. He spent the next decade operating businesses all over the world from his Aberdeenshire home.

Stone earned and lost several fortunes, went to prison on three continents, used dozens of aliases, and masterminded one of the biggest marijuana smuggling operations in criminal history. Fuel smuggling in Africa, was only one of his many exploits.

His Scottish wife and young children knew nothing of the dark side of his life until the day they were all arrested in Switzerland as a result of an international manhunt led by an Organised Crime Drug Enforcement Task Force.

*Terms and Conditions –Worldwide entries welcome.  Please enter using the Rafflecopter box below.  The winner will be selected at random via Rafflecopter from all valid entries and will be notified by Twitter and/or email. If no response is received within 7 days then I reserve the right to select an alternative winner. Open to all entrants aged 18 or over.  Any personal data given as part of the competition entry is used for this purpose only and will not be shared with third parties, with the exception of the winners’ information. This will passed to the giveaway organiser and used only for fulfilment of the prize, after which time I will delete the data.  I am not responsible for despatch or delivery of the prize.