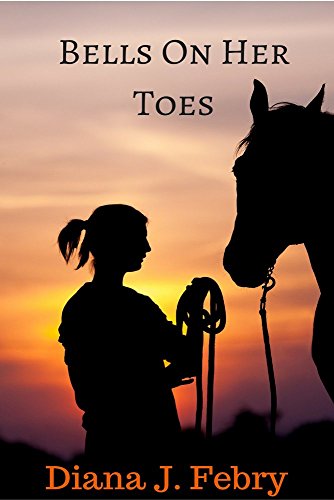 Bells On Her Toes is another book which has been waiting ever so patiently on my kindle. I’m so glad I didn’t leave it any longer. This is an excellent murder mystery which kept me guessing until the very end.

The story starts with a barn fire on a country estate. A man’s remains are found in the barn and it’s initially thought it might be an insurance scam gone wrong. Perhaps a homeless man sheltering. However, when the man is found to have been shot, it soon becomes clear this was no scam or accident. As we follow DCI Peter Hatherall, his partner, Fiona, and their team’s investigation, all sorts of secrets are revealed, but nothing seems to be adding up.

The characters involved in and/or suspected of the murder are an interesting bunch. Gladys especially! There are plenty of twists and turns and short chapters which make this a fast-paced and suspenseful read.

Bells On Her Toes is a brilliantly written police procedural, with mostly likeable and some very quirky characters. Peter is a very believable character. He’s a devoted police officer, but has his flaws and personal struggles which can affect his work as much as he tries to separate his work and personal life. I really warmed to Fiona. There is an obvious attraction between the two of them, but one that neither of them seem to want to admit to. Will there be a sequel? I’d be interested to see what happens next!

Many thanks to Diana J. Febry for my review copy. I am now off to add her other books to my TBR list.

DCI Peter Hatherall is called in to investigate a shooting on the Earl of Ditchburn’s country estate. The Earl’s activities have angered animal rights and environmental groups but subsequent deaths suggest Elmsgrove Racehorse Yard is the target. There is more at stake than a horse race and time is running out for Hatherall to solve the case before the culprit kills again.

3 thoughts on “Bells On Her Toes by @DianaJFebry #BookReview”