Raise The Blade is a psychological noir novella and is Tess Makovesky’s debut.

Well, what a fantastically creepy debut it is!

Duncan in a serial killer, but his methods are quite different to most. He doesn’t go out to hunt his prey, he waits for them to come to him. And they do.

He leaves his name and address on a trail of duct-taped victims and those who find the bodies can’t help but want to see who this man is for themselves, before calling the police. They each have their own story and their own reasons why, but they’re just walking straight in to his trap. Will any of them realise before it’s too late.

As a rational human being I can’t imagine finding a dead body and wanting to confront a possible serial killer rather than call the authorities and let them deal with it, but human psychology is a fascinating subject and each of these people’s reason’s for doing so are oddly plausible. It makes for a compelling read which grabbed me from the very first page and kept me gripped throughout.

When psychopath Duncan leaves a trail of duct-tape-wrapped bodies scattered across the suburbs of Birmingham, there’s nothing to link the victims except his own name and address, carefully placed on each new corpse.Six very different people follow his clues, each convinced they can use Duncan to further their own selfish or naïve ends. Is there a reason Duncan’s driven to target these particular individuals, or does their very nature contribute to their fate?Will any of them be strong enough to break the cycle and escape a painful death? Or will Duncan reel them in and rearrange them to his own insane ideal?

“Raise the Blade is a gloriously gruesome read, riven with the very blackest of humour. And I loved it.”Ian Ayris, author of ‘Abide With Me’ and ‘April Skies’. 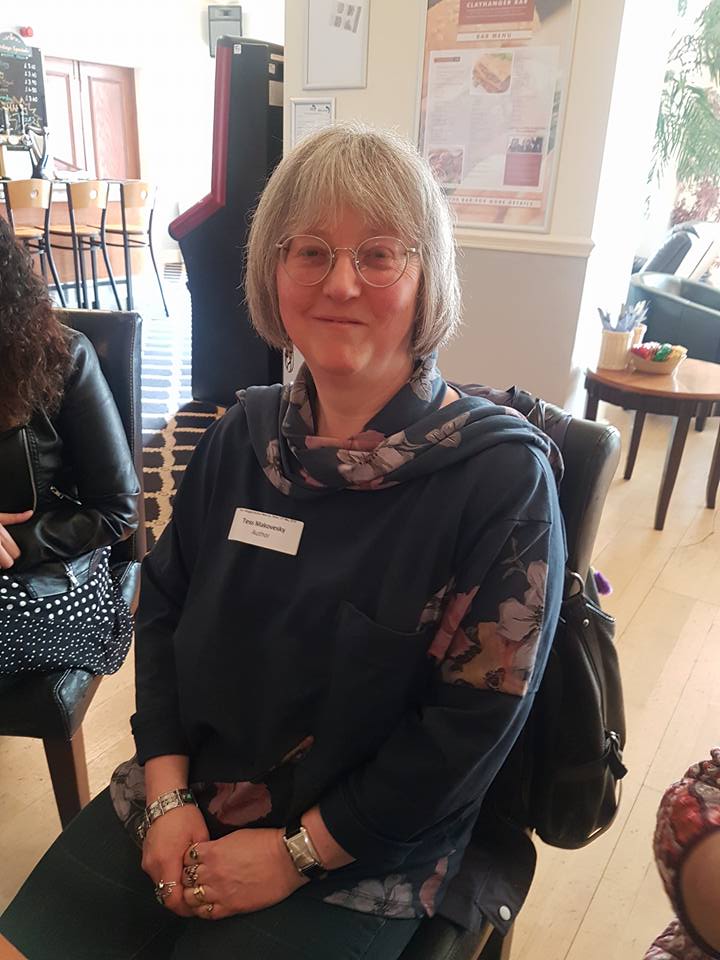 Liverpool lass Tess is now settled in the far north of England where she roams the fells with a brolly, dreaming up new stories and startling the occasional sheep.

Tess writes a distinctive brand of British comédie noir and her short stories have darkened the pages of various anthologies and magazines, including Shotgun Honey, Pulp Metal Magazine, Out of the Gutter Online, Betty Fedora, ‘Exiles: An Outsider Anthology’ (Blackwitch Press), ‘Drag Noir’ (Fox Spirit), ‘Rogue’ (Near to the Knuckle), and ‘Locked and Loaded’ (One Eye Press). Her debut novella, a psychological noir called ‘Raise the Blade’ is available now from Caffeine Nights Publishing.

You can follow her ramblings (both literary and literal) at her blog: http://tessmakovesky.wordpress.com/