First of all, my apologies to the author, publisher and Kelly for missing my stop on this blog tour 😦 It wasn’t written in my diary for some reason (??) and as I’ve been off social media for Lent I haven’t seen any tour posts by way of a reminder. I do sincerely apologise and I hope it’s not too late to be sharing it now.

From a distance it’s not always apparent that I’m a writer, but closer up it’s pretty obvious. I’ve always got one eye on the world and the other on how it might be useful to my stories and characters. My first novel the Life Assistance Agency was published in 2016, and was chosen for the WHSmith Fresh Talent promotion and sold well. This inspired me to write a stand-alone sequel Unfinished Business.

There is a website which rather brilliantly stores millions of novel ideas, plot turns and escape packages for any writer who has painted themselves into a corner. I wish. In fact I’d be a far wealthier man if I designed that and gave up writing. But writing is so second nature that I get depressed if I don’t write something daily. The ideas occur at the least likely moments, which is the best reason not to sit down and write, and just get on with living. Although often the story does emerge as I write, which always takes me by surprise. Perhaps that’s the buzz. Not knowing where they come from. It’s like the never-ending supply of railway tracks that Tom or Jerry lay down only inches away from the nose of their charging train; you have to trust the ideas will appear, but you have to start the train.

Mainly me. I had to get myself down in print. No one else was going to do it. I am happy to include people I know though. They have to agree to paying me, and not suing for defamation of character when I describe them more accurately than they might have liked.

Oh, that’s a good one! Scott Wildblood was just me being silly, whereas Ben Ferguson-Cripps was obviously me being very serious. I find war graves helpful. All those lost boys and their evocative names of lives not lived. Churchyards are always good, and not just for finding names.

Well, without wanting to sound too nuts, I just kind of make it up as I go along. It’s not thrilling in a skydiving kind of a way, but is exciting nonetheless. Mind you, when you jump from a plane you don’t get stuck half way down, yet I still prefer writing. When it’s going well. Annoyingly you’re only as good as your last sentence.

I’d ask Jerome K Jerome if we are related.

Massively. I used to read Jeffrey Archer and Stephen King when I was 12. I used to love Tintin and Asterix, and the Fighting Fantasy books, and Richmal Crompton’s Just William stories, Famous Five, Wodehouse, H Rider Haggard, etc.

I started writing stories about my toys, but I don’t think that was serious.

Oh wow. I’m sure there are books that have disappointed in the end. Actually, I just read the brilliant novel Ill Will by Dan Chaon, which I was disappointed with ultimately. It was so good, and I’d recommend it, but it just lacked the final kick, that ultimate twist that was implied throughout, but never transpired.

Well, Geldof got to Is this it? first. So mine would be: On the outside looking in.

I’ve started the concluding book to the life Assistance Agency trilogy. I can’t leave some of the character where I have, it’s not fair. I’m also thinking of a more serious novel. Yes, I’m at that ‘I want to write a serious novel’ moment. Pass me the meds.

Well, it’s a love story, which took me by as much surprise as my protagonist. It’s about impossible love and the Sussex countryside. It’s about rave music and it’s about friends. I like pairs, and without wanting to sound too schmaltzy, it’s about what we can all achieve as part of a couple.

I have a cup of afternoon tea as usual, And then get absolutely smashed! Actually last time I drove down to Whitstable on my own and had a tea on the beach. I think it must be inspired by Boy George replying to being asked how much he enjoyed sex, with he’d rather have a cup of tea. To be honest it’s so surreal that it’s hard to grasp; even when it’s in your hand.

They can always visit my Idle Blogs of an Idle fellow at : https://lifeassistanceagency.com

Thank you for taking the time to answer my questions, Thomas 🙂 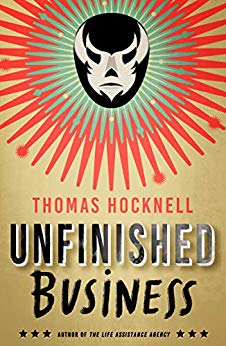 The Life Assistance Agency
finds itself at a loss after returning from Europe. Ben is determind to stay away from anything
involving Angels, when the
phone rings to invite them to write the biography of a self-deluded singer from
defunct rave group Elev-8.

At his mansion in Sussex they
meet the singer’s right-hand man, Billy `blind’ Fury, a retired wrestler, and
his beautiful secretary Amber. Both of whom have plans for the Life Assistance
Agency far beyond writing down half-recalled anecdotes from the early 90s pop
charts…

Unfinished Business is the second novel featuring the Life Assistance Agency.
When you’re in trouble whatever you do, don’t give them a call….

Thomas Hocknell was brought up in Kent. He knew the distance to central London from the foot of his childhood bed and moved there the first moment he could 23 years ago. He has been writing music reviews for Record Collector, The Metro, Classic Pop, BBC and Line of Best Fit while also practicing as a mental health social worker. He completed the Faber Academy course and published his debut, The Life Assistance Agency, in late 2016. 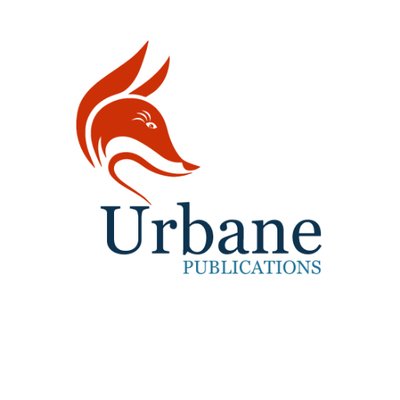