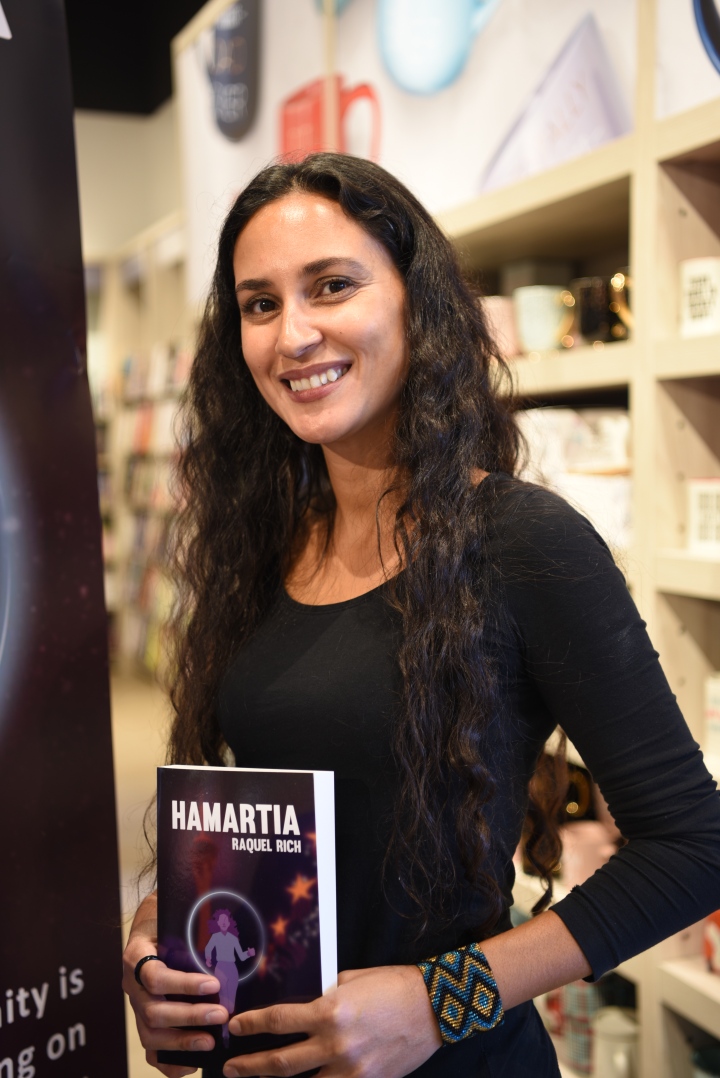 My debut novel, Hamartia, follows Grace, a woman on a mission to save her son from a horrific disease plaguing the human race. Metagenesis is the name of the disease. When a soul has completed too many lifecycles, it dies, leaving the host prematurely, never to be reincarnated again. Grace puts her trust in a doctor who promises a cure for her son through an illegal clinical trial, travelling back in time and cloning souls. When she discovers the doctor has omitted crucial information—saving her son would come at a great cost—she is forced into an ethical dilemma. The human race is counting on Grace to let her son die.

Hamartia is a sci-fi adventure (time travel) for adults. It’s written in YA style, with quick chapters and mini cliffhangers meant to keep you up reading. All. Night. Long.

A bit about me: This week, my hubby and I are proudly celebrating 25 years together. I’m a mom to two boys aged 24 and 21 and I never tire of people thinking they’re my siblings. Sadie, my sweet bluetick coonhound, is one of my favourite “people”. Obviously I love to read, but I’m also addicted to learning about other cultures. Travelling is a symptom of my addiction and I see no signs of quitting.

I am a proud member of Broad Universe, an international, non-profit organization dedicated to promoting, encouraging, honoring, and celebrating women writers and editors in science fiction, fantasy, horror and other speculative genres.

A conversation at a science museum with my son about a fears and phobia exhibit sparked the idea of Hamartia. After that, it didn’t take much to inspire me. Any museum, song lyric, lucid dream, long car ride, or afternoon walk would result in a head filled with cool plot twists.

Grace’s best friend, Kay, is loosely based on my real life best friend. She is loyal, hilarious, smart, and the most selfless person I know. The rest of the characters are completely made up. Any similarities between other characters and my real life family and friends can be attributed to laziness. While writing my first draft, I often borrowed appearances and characteristics from people in my real life as placeholders but then I didn’t bother to modify them during revisions.

My main character, Grace, was named after a friend’s ex-wife who knowingly made a terrible mistake. She lost the respect of many for a selfish decision and I remember thinking it ironic that her name was Grace because in the eyes of many, she had ‘fallen from grace’ just like my main character had. My sister named most of the other characters, using names of those she loved and hated in her real life, accordingly.

If I’m writing indoors I listen to music. Once the summer hits, I’m outdoors with my laptop. Regardless of the season, I write every single morning without fail. I start at 8AM and stop when either; A) I get bored, or B) My dog gets bored watching me. In both cases, I take my dog for a walk which doubles as a brainstorming session for me. I do my best thinking during long walks and drives.

I might be the only author in the history of the world who doesn’t have a favourite author. I pay little attention to who wrote the book. I choose my reads based on cover, title, and reviews. Then, if the story grabs me in the first chapter, I commit. I rarely read the book jacket.

Octavia E. Butler. I wouldn’t ask her anything. I’d just thank her for helping to pave the road for female sci-fi writers of colour like me.

Oh yes. Big time. My tastes varied from Goosebumps, Babysitters Club, Sweet Valley Twins / High, and anything Stephen King. Yes, I started reading Stephen King when I was ten-years-old. It was scary AF.

I don’t recall when I started to write because I don’t recall a time when I wasn’t writing. I remember creating scripts for my Barbies to act out and I would spend hours rehearsing and revising until I was satisfied. As for writing for a living, I was thirty-three.

I wasn’t keen on how the Hunger Games trilogy ended. I know the author was trying to show Katniss suffering with PTSD but I felt it too heavy a topic for a YA novel. It also annoyed me how nicely the story wrapped up with her and Peeta and a couple of kids.

If I had written the ending, I would’ve toned down Katniss’s PSTD and Peeta’s after affects from the experiments conducted on him. I also wouldn’t have shown them as a couple with their children. Instead, I would’ve ended the story with the two of them memorializing her sister, Prim, and hinted that the two of them ended up together without spelling it out for the reader.

Not really. I mean, who doesn’t wish they had written the Harry Potter series? But we all know why.

subtitle: why my life doesn’t suck despite all the lemons

Tell us a random fact about yourself.

I have a small obsession with Beauty & The Beast. The first time I met Belle, I was the only adult in line without a kid by my side. I was giddy and near tears when I finally made it to the front of the line, practically throwing my camera at the person behind me to take a picture. I was thirty-three.

I am working on Deus Ex Machina, the sequel to Hamartia. If I told you more, I’d have to silence you. 

I plan to release Deus Ex Machina around Hamartia’s one year book-iversary.

After I yell and scream and jump around my house like a lunatic, I put on a pretty dress and go out for dinner my family.

I blog about life and my travels here: https://www.raquelrich.com

Thank you for taking the time to answer my questions, Raquel 🙂 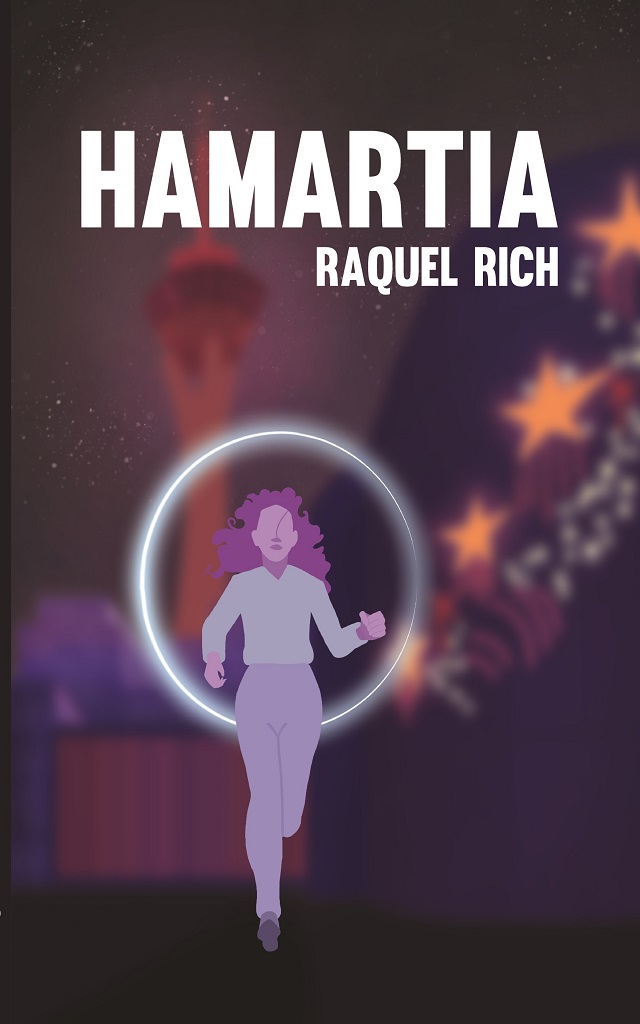 Grace’s nine-year-old son, Jordan, is dying. First, the Metagenesis disease will tear his soul from his body, and then it will kill him. Desperate for a cure, Grace agrees to take part in an illegal clinical trial cloning souls. Supported by her best friend Kay, the two embark on the ultimate “Vegas Vacation” to the past in search of the right soul to clone, racing against time to save Jordan’s life. But someone is trying to stop them and when they discover why Grace must make a choice: let her son die or kill her husband. If she kills her husband, she triggers widespread Metagenesis, sealing the fate of the human race with a new plague.

Humanity is counting on Grace choosing to let her son die.

A link to the trailer: