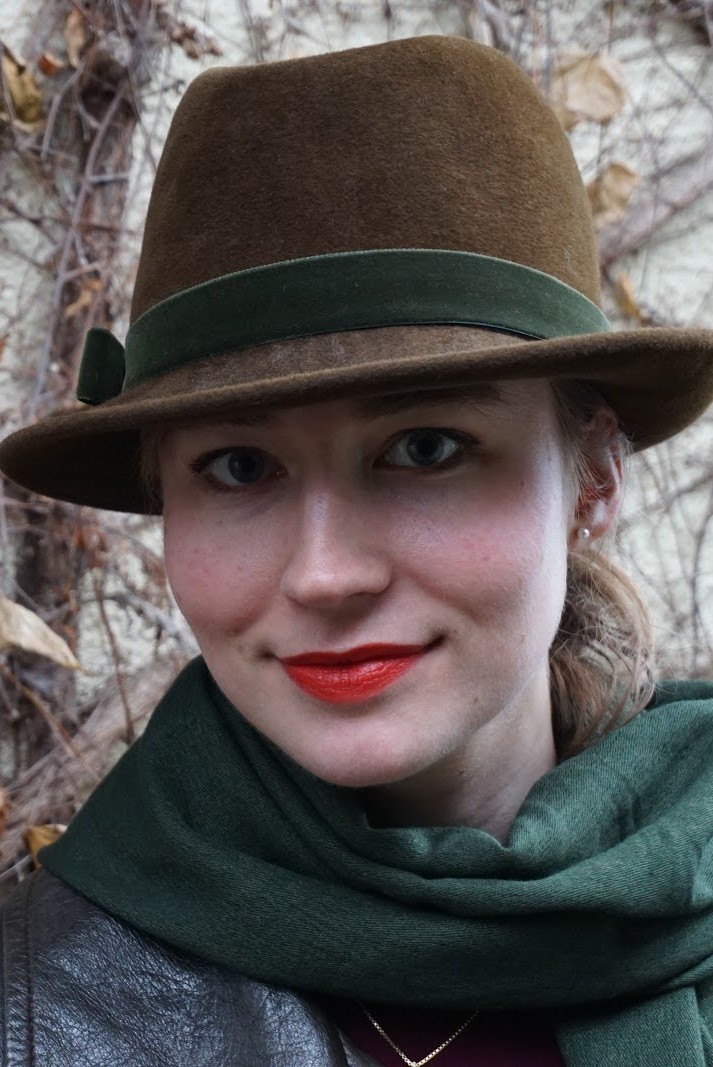 For those who don’t know already, could you tell us about yourself and your book please?

I’m half-Canadian, half-German. I was born and raised in Germany, but currently live in Canada, in a cottage by a lake. I’m a former Arthur Ellis Awards judge, and have given a talk on the evolution of women’s crime writing, at the Toronto Chapter of Sisters in Crime. I’m sure you can’t tell, but I love reading a good mystery!

My debut crime novel, An Excuse For Murder, was published by The Wild Rose Press in March. As a former bodyguard, it should be easy for Gary Fenris to kill, especially when the motive is revenge. But when bookstore owner Kate finds the body, her sleuthing takes them down a trail of blackmail, obsession and death…

Art, books and conversations inspire me. I keep a notebook filled with ideas, pictures and fragments of overheard dialogue.

I can’t say that any one character is directly based on someone I know, but there are certainly aspects that have been inspired by conversations, mannerisms or personality traits.

I drew inspiration from mythology for Gary Fenris’s name. Fenrir is a monstrous wolf in Norse mythology. Knowing that only evil could be expected of him, the gods bound the wolf with chains. Some stories say that, on Ragnarök, he will break loose and fall upon the gods, taking his revenge. I love it when a name has an additional meaning, something that connects with the character’s personality or story.

I get my best work done in the morning. So I start early, with a very large cup of tea. I listen to music as I write, and try to choose music that suit either the tone or the character.

I also edit relentlessly. I normally start with a general idea of what I want to have happen in a chapter, and “sketch” a rough draft – just getting ideas down on paper. Then I refine the writing, going back to add depth and dimension to the scene.

Ngaio Marsh, because I would want to find out more about her work with the theatre and ask her about what it was like to write crime fiction during the Golden Age.

Yes. If I could have, I would have spent all my time reading. Anne of Green Gables, the Hearts and Dreams series by Cameron Dokey, Nancy Drew mysteries…

I’ve always loved reading and writing. Even before I could spell, I would fill in the words I couldn’t sound out with pictures.

I wish I had written China Trade by S.J. Rozan. Those characters! The food, the dialogue…

Ever since I read Jasper Fforde’s Something Rotten, I’ve wanted to invite Hamlet for a coffee at Starbucks. “To latté or not to latté, that is the question…”

I’m currently working on a stand-alone crime novel that features another strong female protagonist as sleuth, a chocolate shop and a dark secret in the past. But I’m also drafting some ideas for a sequel to Kate and Gary’s story.

An Excuse For Murder combines elements of the cozy mystery, thriller and romantic suspense. The story is told from two points of view: from the perspective of Gary Fenris, a haunted former bodyguard who commits murder and then has to live with the crime, and from the point of view of Kate Rowan, a bookstore owner who discovers the body. I was thrilled to receive advanced praise for the book from Carolyn G. Hart, Barbara Fradkin, M.H. Callway and Rosemary McCracken – all wonderful female crime writers who I’ve long admired.

On publication day, I went out for a gin and tonic with friends and family – it’s lovely to celebrate with the people who supported me through the process and cheered me on.

I also write a blog that features reviews, book recommendations and interviews with fellow crime writers. I’ve been lucky enough to interview Jasper Fforde, Vicki Delany and Shelley Freydont, amongst others.

I love hearing from readers. So, if you’ve read An Excuse For Murder, do get in touch and let me know what you thought!
Website & Blog | Twitter

Thank you for taking the time to answer my questions, Vanessa 🙂
Thank you so much for having me on your blog!

As a former bodyguard, it should be easy for Gary Fenris to kill, especially when the motive is revenge. But Gary has made two mistakes in his life. The first was letting the woman he loved die on his watch. The second was thinking vengeance could bring him peace.

Local bookstore owner and amateur lock pick Kate Rowan loves nothing more than a good mystery. Her curiosity soon leads her down a trail of blackmail, obsession and death. Despite the risk – or maybe because of it – Gary finds himself drawn to Kate. When danger strikes, Gary is forced to face the fact that he used love as an excuse for murder. And he’s got one last score to settle.