Welcome to my stop on this fabulous blog tour! I have my review of Ceri A. Lowe’s The Rising Storm as well as an interview with the author herself for you all to enjoy 🙂

Many thanks to Sarah @ BOTBSPublicity for the opportunity to join in.

The Rising Storm is completely out of my reading comfort zone, but do you know what!? I have been totally gripped from the very beginning! If you are a regular follower of my blog you will know that this is not the sort of book I read and review often, but I am so glad I decided to give it a go when Sarah invited me to the Morcambe & Vice tour.

In The Rising Storm the world has been devastated by violent storms which have wiped out a massive percentage of the population. Paradigm Industries seem to have the only means of survival and any chance of those remaining to be able to create a new life for themselves. What makes this book more scary is that, the way things are going it’s quite believable.

Carter is an interesting character who seems older than his fifteen years, but then his childhood has been quite different to what kids have to deal with these days. He’s very self-assured, apart from having one weakness he tries to deny.

Alice is a completely different fifteen year old. She initially comes across as quite immature in comparison, but again her childhood has been entirely different to Carter’s. She finds herself all alone in the storms when her mother disappears and has no choice but the fend for herself. She is relieved when she is taken in by Paradigm Industries and feels safer than she ever has, but are they all really?

This book is quite fascinating and terrifying at the same time. It has been a breath of fresh air for me. Many thanks for my review copy. I have already downloaded the following two books in the trilogy!

Interview with Ceri A. Lowe…..

About me? Well I was born in Wales in a time before the internet. When I’m not writing, I’m a self-employed project management consultant specialising in financial services. I know – exciting stuff *yawn* I live in Bristol, with my partner Lara and our son Frankie. I have various obsessions including all things Spanish, renovating houses, travelling and my dogs, Pablo and Barney.

When I’m writing short stories, I often take the headline of a news article and imagine what could the story be behind it. Also, a number of my short stories in my collection Five Hundred Words for Snow are loosely based on events of my childhood. However, when I started to become interested in cryogenics a few years ago, I knew there was a much longer tale to be told. So, I started researching the background behind companies who actually freeze people when they die. It’s a dark and murky world and I became totally fascinated with a particular organisation that morphed into Paradigm Industries aka ‘The Industry’.

The simple answer to that is yes. Some of the main characters are based on people from my past – old friends and colleagues. The heroine of the Trilogy, Alice, shares a lot of traits with my little sister. But her name isn’t Alice.

Lots of my characters are named after people I know, and some are randomly selected from news articles and social media. There are well over fifty characters in the trilogy, so I had to maintain a spreadsheet to remember them all!

It depends, but mostly I tend to just write everything that comes into my head in a stream of consciousness and then go back and edit as the story develops. That makes for as very labour-intensive editing process and a LOT of continuity checking, which makes my editor’s job a nightmare! However, when planning something as long as a three-novel story I tend to draft the outline of each chapter in bullet points and then fill in the details as I go along. That requires a spreadsheet to keep track of all the threads of the characters and I sometimes spend more time completing that than actually writing.

Margaret Atwood – I love her work and style of writing

But my favourites change a lot. I also love Fran Vick (and she’s pretty fabulous in person too).

As an author I’m pretty to have met some awesome ones but one I’ve not met – and this is kind of random – but probably Patrick Ness and I’d ask him say a few words as the character Manchee in The Knife of Never Letting Go. I’m keen to know how his voice sounds and whether it’s the same as is in my head.

Absolutely – like many of my generation I read Enid Blyton voraciously, but I was interested in pretty much anything I could get my hands on. I found a copy of Robinson Crusoe when I was about five or six and read it each night under the covers by torchlight.

I’ve always written – but in the last eight years or so I started to write seriously. I began by submitting short stories to writing competitions and establishing myself as an author. It was then that the idea for the Paradigm Trilogy came to me.

I wouldn’t want to rewrite the ending to anyone else’s book – it’s their story to tell. Plus, I have enough of my own work to do. I do wish I’d written 11.22.63 by Stephen King though. I love that book.

No, really, that’s what I’d call it, Tricky.

I’d definitely take Manchee the dog (see above) out for cocktails in Weston-Super-Mare.

Tell us a random fact about yourself.

I used to be able to recite the dialling codes for every town in the UK. Not sure I still can now though, no-one’s asked me to for a very long time. Go on, ask me one.

I’ve just started a new novel, based in the same sort of world as the Paradigm Trilogy but with a very different set of characters. One of them is a professional executioner. Not sure you get amateur ones but that’s his job.

The last book I released was The Storm Girl’s Secret, part three of the trilogy. It was so satisfying to complete such a large piece of work that has been germinating for many years. It was sad, writing the end as the characters have been a part of my life for so long, but I literally walked them off into the sunset. *sheds a single tear*

Not at the moment, but watch this space!

Generally, I keep it relatively low-key – a nice meal out and some cocktails. Actually, lots of cocktails. When book three of the Paradigm trilogy was released my son was only ten days old so I was mostly on feeding and changing duty.

I am very good at musical statues – does that count?

Thank you for taking the time to answer my questions, Ceri 🙂 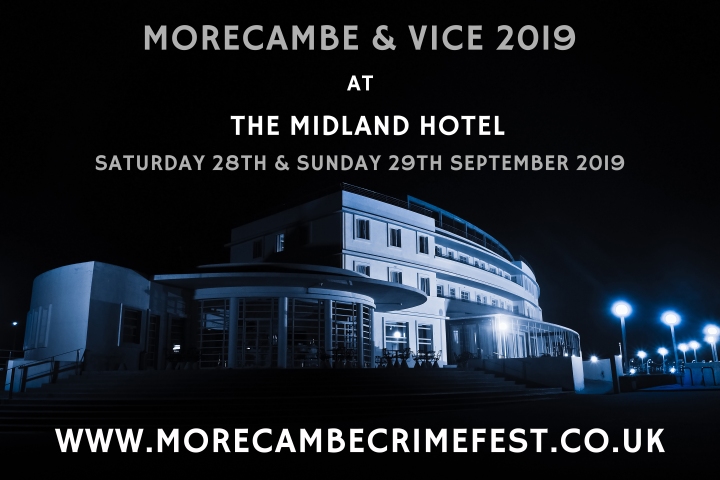 For more information about the Morecambe & Vice Crime Writing Festival, check out the website….