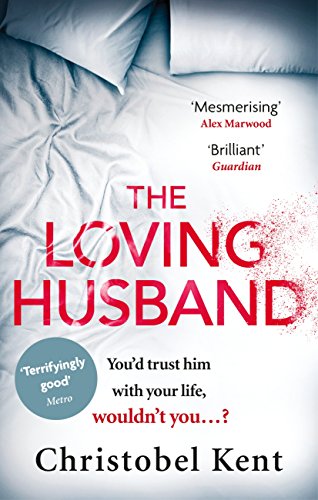 This is going to be a difficult one to review because I haven’t loved it, but I haven’t disliked it, as such, either. Something was missing for me, but I can’t quite put my finger on what.

It starts where Nathan has moved his wife and two children back to his childhood home. They have bought a house in the middle of nowhere which is quite a culture shock compared to living in a busy city. One night, Fran wakes to find Nathan murdered, practically right outside their back door. It’s a brutal killing and naturally Fran is in shock. Who would want to kill her Nathan and why do the police seem to think it might be her? Why aren’t they really telling her anything?

As the story unfolds it becomes obvious that Fran might not have known her husband as well as she thought and how could he have been in bed with her that night at the same time as lying dead outside? Nothing adds up.

I did like the idea of this story, but it didn’t flow particularly well for me. I think it dragged a little bit to be honest. I also found the ending a bit of an anti-climax. I didn’t connect with any of the characters, which I don’t think helped.

The Loving Husband isn’t poorly written at all, but I can’t say that it had me gripped. It did interest me enough to read it to the end as I did want to know what happened, but it didn’t have the wow factor for me, unfortunately. Having said that, it’s only my opinion and I’m sure lots of other readers will love it! I’ll be interested to read other reviews.

Fran Hall and her husband Nathan have moved with their two children to a farmhouse on the edge of the Fens – a chance to get away from London and have a fresh start.

But when Fran wakes one night to find Nathan gone, she makes a devastating discovery. As questions about her husband and her relationships start to mount, Fran’s life begins to spiral out of control.

What is she hiding from the police about her marriage, and does she really know the man she shared her bed with?

Maybe you have already read it. If so, what did you think? I’d love to hear your thoughts.

2 thoughts on “The Loving Husband: You’d trust him with your life, wouldn’t you…? by Christobel Kent *Review*”