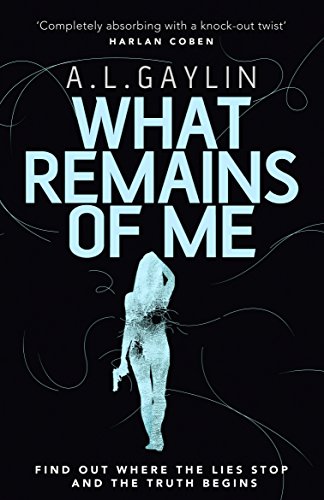 Well, this is an emotional roller-coaster of a read.

I can’t say I particularly liked any of the characters, especially the rich and somewhat entitled ones, but their story is completely captivating.

The story switches between 1980, when 17 year old Kelly Lund is convicted and jailed for the murder of a seemingly well respected Hollywood director, John McFaddon, and her teenage life prior to her murder charge, and 2010 when Kelly is free, but living an odd existence with her husband, Shane, who stood by her throughout her prison sentence. They don’t have an intimate marriage, they don’t even share the same bedroom, and Shane is very understanding. Kelly blames her struggle with intimacy on being in prison for 20 years. I did feel quite sorry for Shane.

We get to know two very different Kelly’s as the story progresses. Teenage Kelly, prior to 1980, hanging out with and getting high with her Hollywood friends. Spiralling out of control as she grieves for her sister and learns that John McFaddon isn’t the man he is portrayed to be. 2010 Kelly is much quieter. Grown up, but somewhat detached from the world. She only seems happy when in the arms of her neighbour, Rocky 3.

When her Father-in-Law is found shot dead, Kelly is obviously a prime suspect, but did she really risk her future by killing again? Was she ever guilty of killing anyone?

I hope that has piqued your interest because I don’t want to say much else for fear of giving anything away, but I totally recommend you read it then I’d love to have a chat with you about it. What Remains Of Me is thoroughly gripping. There are many twists and turns, some shocking and totally unexpected. I didn’t have a clue what was going on for most of it, although I thought I had it sussed a few times. It kept me guessing the whole time. Quite complex characters with far from straight forward secrets to reveal. Brilliantly written with all the pieces of the puzzle fitting together nicely by the end.

People don’t need to know you’re a murderer.
They just have to think you could be…

Thirty years later, Kelly is a free woman. Yet speculation still swirls over what really happened that night.

And when her father-in law, and close friend of McFadden is found dead – shot through the head at point-blank range – there can only be one suspect.

But this time Kelly has some high-profile friends who believe she’s innocent of both crimes.

‘You’ll stay up late to read this’ Laura Lippmann

8 thoughts on “What Remains of Me by A.L. Gaylin #BookReview @NetGalley”