I am thrilled to be a part of Jenny Kane’s Abi’s Neighbour blog tour! 🙂 I’m the last, so make sure you check out the previous posts on the tour, if you haven’t already. 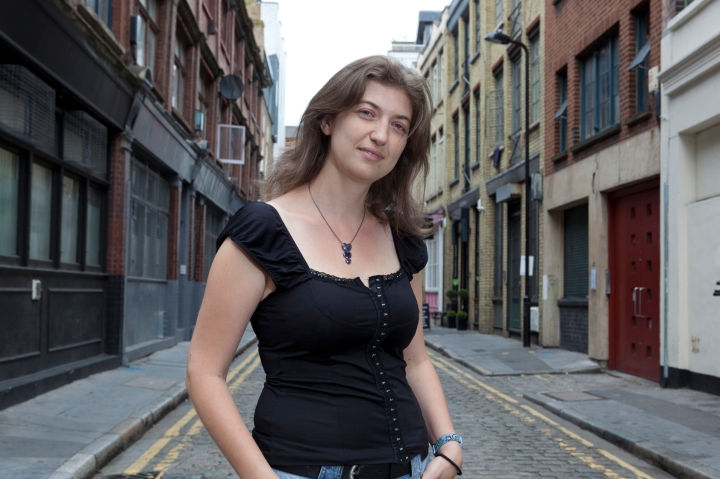 With a background in history and archaeology, I should really be sat in a dusty university library translating Medieval Latin criminal records, and writing research documents that hardly anyone would want to read. Instead, I tuck myself away in various cafes in the South West of England, writing contemporary fiction and romance as Jenny Kane stories of medieval crime, erotica as Kay Jaybee (over 18’s ONLY), and medieval tales steeped in mystery, with a side order of romance, as Jennifer Ash.

As Jennifer Ash, Jenny’s first medieval murder mystery, The Outlaw’s Ransom, (Accent Press, 2016) was published in December 2016. A sequel, The Winter Outlaw, will be published in Nov 2017.

It’s usually the simplest things that trigger my imagination. A hairbrush in the wrong place (why is it on the floor?), an abandoned spoon in the freezer section of a supermarket (has someone been having a sneaking scoop of ice cream?), an overheard sentence in a cafe (what did “our Beryl” actually do?), and so on…

I also borrow heavily from my own life experiences. All of my books are set in places I have been to, and all are based on things that have ‘not quite’ happened to me.

They pick themselves really. The names have to fit the characters, and they just arrive in my head. I usually like them- but not always!

I arrive at my desk in the corner of a local cafe at 7.45 am- order black coffee and toast- turn on the laptop and write until about 11am. After that I edit, blog, and write workshops for my creative writing company (Imagine- which I run with fellow author Alison Knight), until about 9pm.

Once I have a novel drafted, I spend a long time on the rewrite and the edits. I am very old school about it. I print out the entire book and go through it with a red pen. Then I type up my edits before going through the document another three times. Only then do I even dare to think it might be finished.

(In no particular order)

I have been lucky enough to meet both Kate Griffin and Katie Fforde in the past – and have shared curry with them both! (I can’t believe my life sometimes!) I would have loved to have spoken with Colin Dexter. I’d have asked him how he manages to get so much information across to his readers with such an economy of words – genius!

I read nonstop. I’d sit in my room all day and get through a novel between breakfast and bedtime.

Not until I was 33. My youngest child had started school that day- I had no intension of writing at all- but I was in a coffee shop on my own, and an idea came to me from nowhere. I wrote it on a napkin…three months later the story I wrote was published….I can’t believe how lucky I was to have the very first short tale taken up by a publisher.

That’s tricky! Possibly I’d add a bit to the end of Another Glass of Champagne– but I can’t say what that would be in case I decide to actually do just that one day…

There are loads! Most of all, I wish I’d written Kitty Peck and the Musical Hall Murders by Kate Griffin. It is a Masterclass in fiction.

Robin Hood – I might let him have ale though. Can’t see coffee sitting well in his stomach! I’d invite him to sit on my sofa to watch Robin of Sherwood, so he could see how far his legend has come. (I wonder if he’d approve?)

I am getting ready to receive the editor’s edits for my second work as Jennifer Ash (medieval crime). The Winter Outlaw will be out late this year. It continues the story of Mathilda of Twyford, a potter’s daughter who finds herself living with a family of wealthy criminals called the Folvilles.

Mathilda was first introduced in The Outlaw’s Ransom, which was published last year.

On 4th May the second of my Cornish romances, Abi’s Neighbour came out. I’m so excited! The first book, Abi’s House, which centres around the life, friendships, and adventures of Abi Carter, is my bestseller so far. I felt a big responsibility to get book two perfect for the readers who so enjoyed book one.

Abi Carter has finally found happiness. Living in her perfect tin miner’s cottage, she has good friends and a gorgeous boyfriend, Max. Life is good. But all that’s about to change when a new neighbour moves in next door.

Cassandra Henley-Pinkerton represents everything Abi thought she’d escaped when she left London. Obnoxious and stuck-up, Cassandra hates living in Cornwall. Worst of all, it looks like she has her sights set on Max.

But Cassandra has problems of her own. Not only is her wealthy married lawyer putting off joining her in their Cornish love nest, but now someone seems intent on sabotaging her business.

Will Cassandra mellow enough to turn to Abi for help – or are they destined never to get along?

Complete with sun, sea and a gorgeous Cornwall setting, Abi’s Neighbour is the PERFECT summer escape.

I like to have a book launch if I can- but obviously that can be expensive, so it isn’t always possible. I always raise a cup of coffee with my family however, and treat us all to a takeaway.

I’d love you to keep in touch at-

Many thanks for inviting to me to drop by on my Abi’s Neighbour Blog Tour Kerry!

You can follow the rest of my tour at these venues…..(SEE PIC ABOVE)

Thank you for taking the time to answer my questions, Jenny 🙂

Complete with sun, sea and a gorgeous Cornwall setting, Abi’s Neighbour is the PERFECT summer escape.

Abi Carter has finally found happiness. Living in her perfect tin miner’s cottage, she has good friends and a gorgeous boyfriend, Max. Life is good. But all that’s about to change when a new neighbour moves in next door.

Cassandra Henley-Pinkerton represents everything Abi thought she’d escaped when she left London. Obnoxious and stuck-up, Cassandra hates living in Cornwall. Worst of all, it looks like she has her sights set on Max.

But Cassandra has problems of her own. Not only is her wealthy married lawyer putting off joining her in their Cornish love nest, but now someone seems intent on sabotaging her business.

Will Cassandra mellow enough to turn to Abi for help – or are they destined never to get along?