I am thrilled to be joining in with Angela Marsons’ Broken Bones cover reveal! 🙂

Many thanks to Noelle, at Bookouture, for the opportunity to take part.

They thought they were safe. They were wrong.

The murder of a young prostitute and a baby found abandoned on the same winter night signals the start of a disturbing investigation for Detective Kim Stone – one which brings her face to face with someone from her own horrific childhood.

As three more sex workers are murdered in quick succession, each death more violent than the last, Kim and her team realise that the initial killing was no one-off frenzied attack, but a twisted serial killer preying on the vulnerable.

At the same time, the search begins for the desperate woman who left her newborn baby at the station – but what looks like a tragic abandonment turns even more sinister when a case of modern slavery is uncovered.

The two investigations bring the team into a terrifying world of human exploitation and cruelty – and a showdown that puts Kim’s life at risk as shocking secrets from her own past come to light.

A gripping new crime thriller from the Number One bestseller – you will be hooked until the final jaw-dropping twist.

She lives in the Black Country with her partner, their cheeky Golden Retriever and a swearing parrot.

She first discovered her love of writing at Junior School when actual lessons came second to watching other people and quietly making up her own stories about them. Her report card invariably read “Angela would do well if she minded her own business as well as she minds other people’s”.

After years of writing relationship based stories (The Forgotten Woman and Dear Mother) Angela turned to Crime, fictionally speaking of course, and developed a character that refused to go away.

She is signed to Bookouture.com for a total of 16 books in the Kim Stone series and her books have been translated into more than 20 languages.

Elaine Goddard sat on the roof of the thirteen storey block of flats. The winter sun shone a grid on to her bare feet dangling over the edge.

The protective grate had been erected some years ago after a father of seven had thrown himself over.

By the time she was eleven she had stolen a pair of wire cutters and fashioned herself an access point to the narrow ledge that was her place of reflection.

From this vantage point she could look to the beauty of the Clent Hills in the distance, block out the dank, grubby reality of below.

Hollytree was the place you were sent if Hell was having a spring clean.

Problem families from the entire West Midlands were evicted from other estates and placed in Hollytree. It was displacement capital. Communities around the borough breathed sighs of relief as families were evicted. No-one cared where they went. It was enough that they were gone and one more ingredient was added to the melting pot.

There was a clear perimeter around the estate over which the police rarely crossed. It was a place where the rapists, child molesters, thieves and ASBO families were put together in one major arena. And then guarded by police from the outside.

But today a peace settled around the estate giving the illusion that the normal activities of robbing, raping and molesting were on pause because it was Christmas Day. That was bollocks. It was all still going on but to the backdrop of the Queens speech.

Her mother was still slurring her way around the cheerless flat with a bottle of Gin in her hand.

But at least Elaine had this. Her one piece of heaven. Always her safe place. Her escape.

She had disappeared unnoticed up here when she was seven years old and her mother had been falling all over the flat pissed as a fart.

How lucky was she to have been the only one of the four kids her mother had been allowed to keep?

She had escaped up here when her mother’s drinking partner, Roddy, had started pawing at her groin and slobbering into her hair. Her mother had pulled him off, angrily, shouting something about ruining her retirement plan. She hadn’t understood it when she was nine years old but she had come to understand it now.

She had cried up here on her sixteenth birthday when her mother had introduced her to the family business and to their pimp, Kai Lord.

She’d been up here two months earlier when he had finally found her.

And she’d been up here when she’d told him to fuck right off.

She didn’t want to be saved. It was too late.

Sixteen years of age and already it was too damn late.

Many times she had fantasised about how it would feel to lurch forward onto the wind. She had envisioned herself floating to and fro gently making the journey like a stray pigeon feather all the way to the ground. Had imagined the feeling of weightlessness of both her body and her mind.

In just a few minutes it would be time to go to work. Heavy rain, sleet, snow, Christmas – nothing kept the punters away. Trade might be slow but it would still be there. It always was.

She didn’t hear the roof door open or the footsteps that slowly strode towards her.

She didn’t see the hand that pushed her forward.

She only saw the ground as it hurtled towards her. 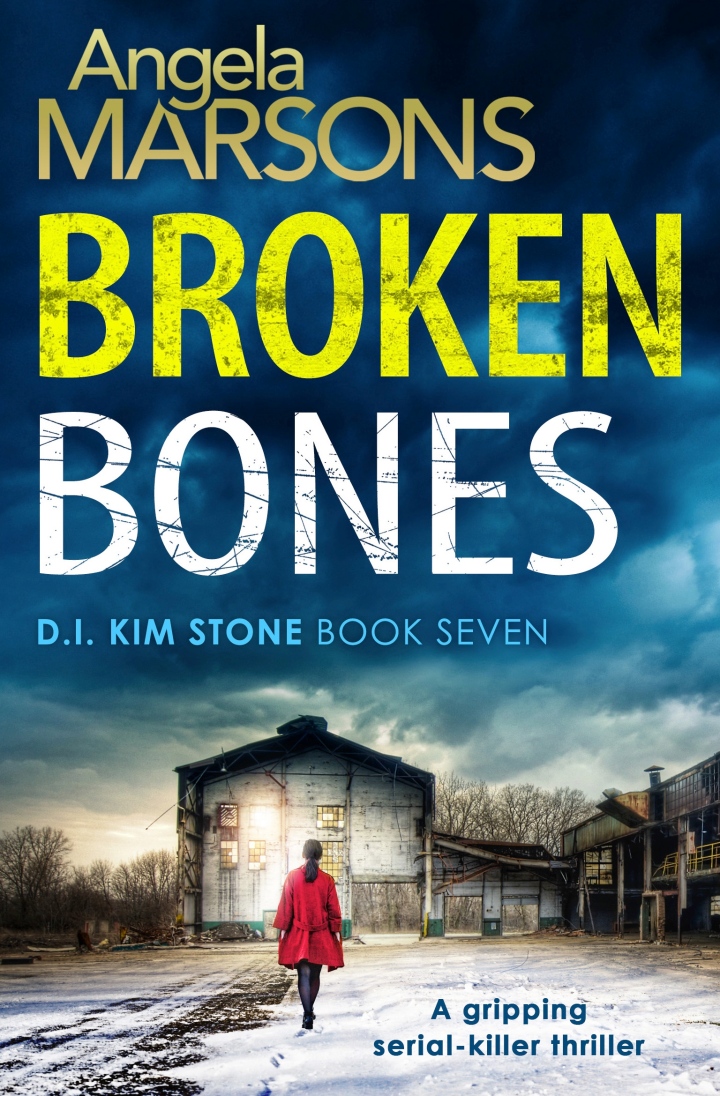 Catch up with the first 6 books in the series (if you haven’t already!) here….