I am absolutely over the moon to be joining in with Caroline Mitchell’s blog blitz for her awesome new release, Murder Game (Detective Ruby Preston Crime Thriller Series Book 3)! 🙂 🙂 🙂

Many thanks to Noelle, at Bookouture, for the opportunity.

Check out  all the fabulous book bloggers taking part….. 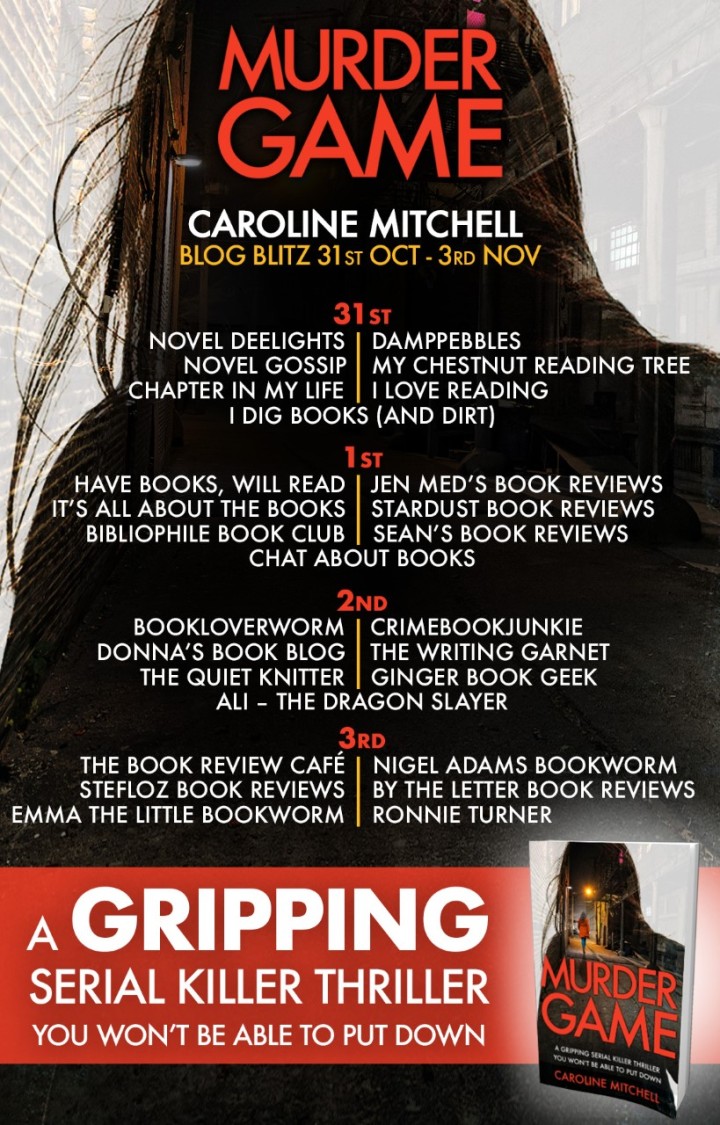 Well, this series just gets better and better!

Murder Game is the third book in the DS Ruby Preston series and if you haven’t read the first two already I would highly recommend that you do because they’re brilliant! I also prefer to read a series in order as I like to get to know the main characters and their back story.

I have thoroughly enjoyed catching up with Ruby again. She’s a feisty lady, who is good at her job (despite sometimes bending the rules) and she is very real. I like that we get to see her personal side too. I like that her relationship with her daughter is developing and how close she is to her own mother, despite feeling guilty about the lack of time she is able to give to her with a heavy workload. I think a lot of people would relate to her.

Ruby and her team are faced with another serial killer case. This killer seems to be targeting married women. He captures them, tortures them before eventually killing them. If that isn’t horrific enough he sends three photo’s to their husband, one before, one during and one after. It doesn’t even bare thinking about the trauma these women face before their horrific deaths or the devastation their family members have to endure. He needs to be found and fast, especially as he seems to be copying Mason Gatley, known as The Lonely Hearts killer, who murdered six women in the same way. Mason has been in prison for ten years. Is he involved in these recent killings?

Ruby enlists the help of her boyfriend, Nathan (I still love Nathan!) to get a meeting with Mason. She needs to get him to admit to being involved before anyone else loses their life. He’s a manipulative character though. Can Ruby manipulate the truth out of him?

Murder Game is a brilliantly written, fast-paced police procedural with interesting and scarily believable characters. I was immediately gripped by the story, as with the previous books in the series. There are so many twists and turns it kept me on the edge of my seat from beginning to end. Just when I thought I had it sussed I was proved wrong again.

Many thanks to Caroline Mitchell and Bookouture for my ARC. I highly recommend! 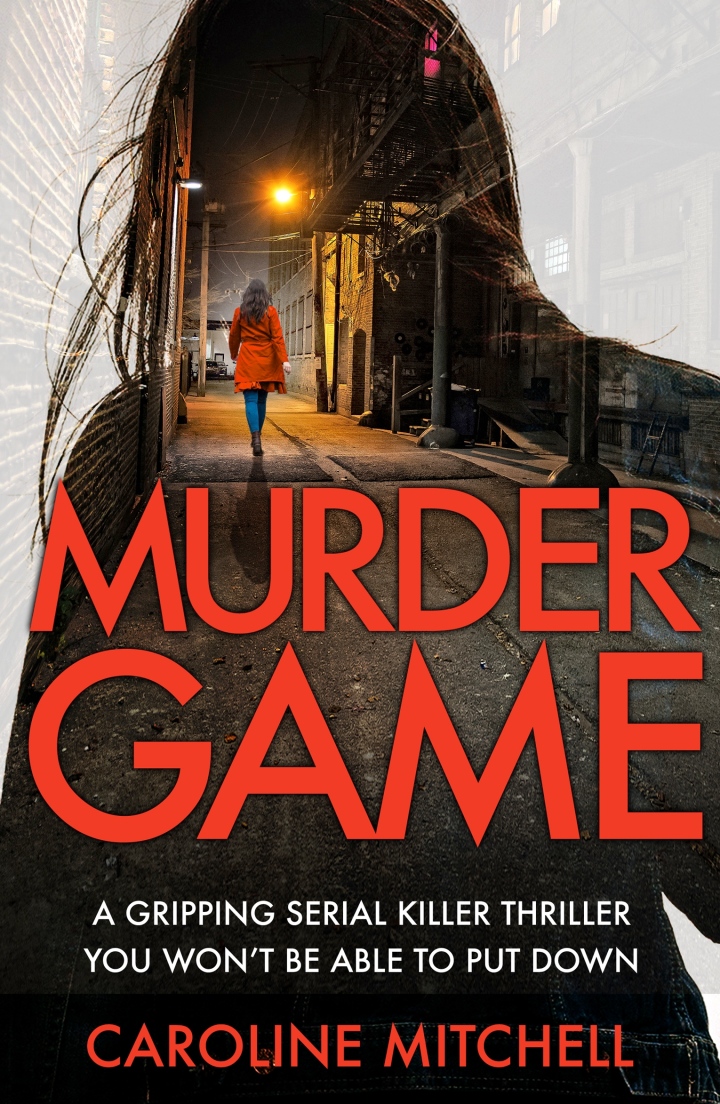 A serial killer is playing a terrifying game of life or death with his victims. After he captures them, a countdown begins. He marks the time by sending clues to the whereabouts of the women he has taken in three disturbing images: alive, tortured, dead.

In a race against the clock, East London Detective Ruby Preston must play the twisted killer’s terrifying murder game and decipher the clues before more women die…

But this isn’t the first time the police have seen such a sickening crime. The notorious Lonely Hearts Killer, Mason Gatley, was put behind bars ten years ago for murdering six women in exactly the same chilling way. Desperate for more information, Ruby persuades her boyfriend, Nathan Crosby, to use his criminal connections to set up a dangerous meeting. Because to catch this killer, she needs to think like one…

But the closer Ruby grows to the dark and charming Mason Gatley, the more worried her team become. Is Mason really helping her catch the killer? Or is he lining Ruby up to be his next victim?

Fans of Angela Marsons, Rachel Abbott and Peter James will be hooked by this dark and utterly disturbing thriller, packed with twists until the final page. Originally from Ireland, Caroline lives with her family, parrot and two dogs in a pretty village on the coast of Essex. A former police detective, Caroline has worked in CID and specialised in roles dealing with vulnerable victims, high-risk victims of domestic abuse, and serious sexual offences. Published by Bookouture and Thomas & Mercer, she now writes full time and all her books have become number 1 best sellers in their categories.

Her fast-paced DC Jennifer Knight thrillers carry a hint of the supernatural and are weaved from Caroline’s personal experiences in the police and paranormal.

Caroline also writes psychological thrillers, the most recent, Witness, has been described as “thrilling, tense, exciting, dark and twisted in the best possible way”.

Previous posts on Chat About Books featuring Caroline Mitchell and her books…..

Caroline Mitchell – Paranormal Intruder: The true story of a family in fear