Firstly, my sincere apologies to Winnie M Li and Legend Press for this post being a day late, but I am thrilled to be joining in with this blog tour. 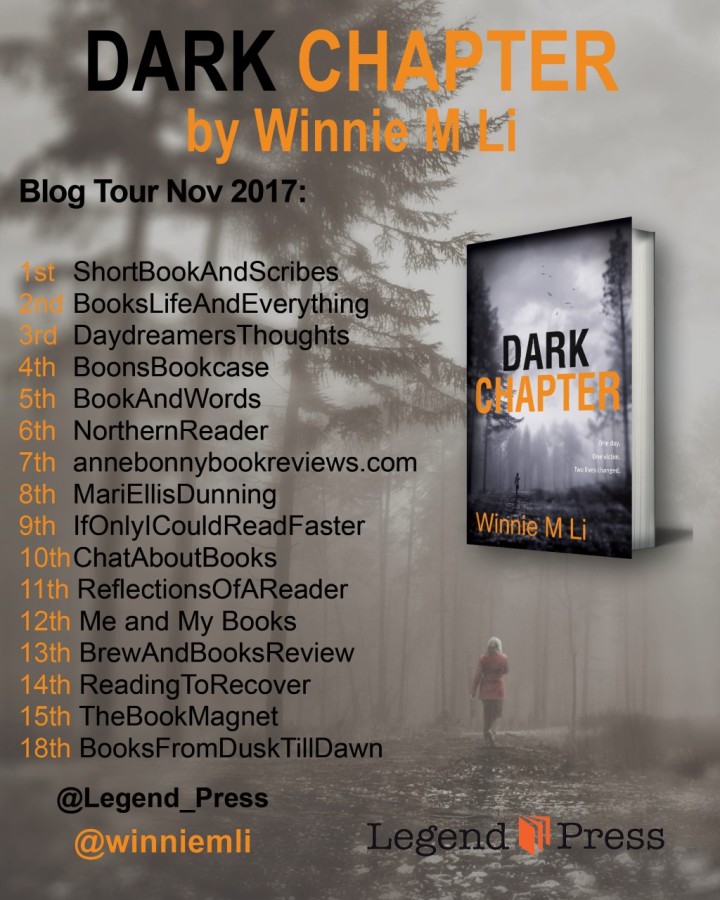 In Dark Chapter we meet Vivian. She’s a successful 29 year old woman who, in her spare time, enjoys her own company, taking hikes in places she visits for work. On one such hike in Belfast she is violently assaulted and raped by a teenage traveller.

This is technically fiction, but it is based on the author’s personal experience of rape and I think this shows in the story as it is a brutally honest account of the attack, the trial and how it affects her life from that day on. I can’t even imagine how I would begin to move on from such a horrific ordeal.

The story alternates in perspective between Vivian and her 15 year old attacker, Johnny. Reading the story from Johnny’s perspective is quite an eye opener as he shows no real remorse and only seems to be sorry that he was caught. It’s scary to think how many men there are like him in this world and who show such violence and disrespect for women at such a young age.

This is obviously not an easy read, but one I was completely immersed in. Vivian and Johnny live very different lives, but a chance meeting on a day in April changed both of their lives forever.

A difficult storyline, brilliantly written. I’m sure it will go some way in encouraging other women and girls to report these attacks and seek the justice deserved.

Many thanks to Imogen, at Legend Press, for my ARC.

Vivian is a cosmopolitan Taiwanese-American tourist who often escapes her busy life in London through adventure and travel. Johnny is a 15-year-old Irish teenager, living a neglected life on the margins of society. On a bright spring afternoon in West Belfast, their paths collide during a horrifying act of violence. In the aftermath, each is forced to confront the chain of events that led to the attack. Inspired by true events, this is a story of the dark chapters and chance encounters that can irrevocably determine the shape of our lives.

Winner of Not the Booker Prize 2017

A Bit About the Author: 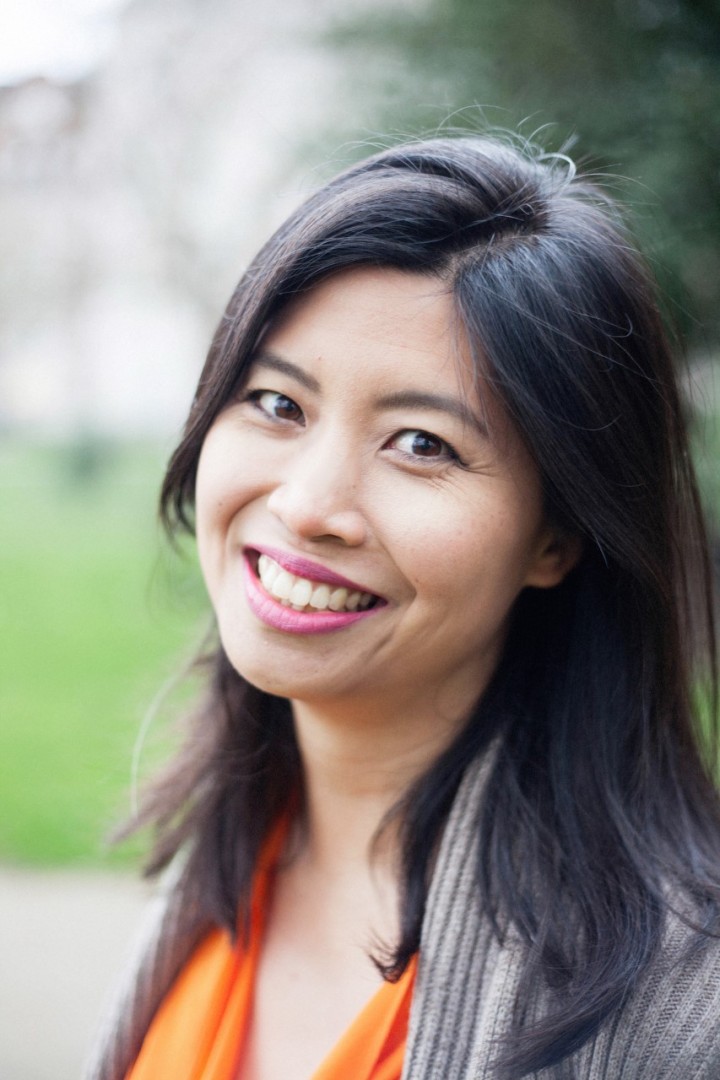 Winnie M Li is a writer and producer. A Harvard graduate, she has written for travel guide books, produced independent feature films, programmed for film festivals and developed ecotourism projects. After graduating with Distinction in Creative Writing at Goldsmiths, she now writes across a range of media (including the Huffington Post), runs arts festivals, and is a PhD researcher at LSE. Winnie lives in London, yet is somewhat addicted to travel