Today I have the pleasure of welcoming Michael Bearcroft to Chat About Books as part of his Dangerous Score blog tour.

Many thanks to Rachel.

I have been involved in soccer for all of my life, as a player, manager, sponsor, club director and chairman….so it made sense, when writing my first book, a thriller, ‘Dangerous Score’, to set it in the world of soccer.

I read two books a month, so I guess I have formed ideas from those, also from the changes I have seen and changes I would like to see happen in the future, whether it be from soccer, the business world, law or people in general.

Not on any one person in particular, but I have met so many different people from all walks of life during my lifetime which has certainly helped me to build the characters in the book.

Soccer players usually have nick names within the team, so once I had decided the position, build and expertise of each player, I could then very easily put a name and nick-name to those players. Other characters were formed by their stature and looks and named accordingly. For instance the hero Jason resembled the celebrity George Clooney and the heroine Jessica was a Catherine Zeta-Jones look-a-like!

I write a vague outline of the whole story then break it down to three parts, beginning/middle/end, then as I start to write, the characters themselves seem to drive the story forward, creating situations and reacting to them in the way their characters would. I found I was then following the story rather than writing it!

I would love to meet Anthony Horowitz whose memorable characters include Foyle from Foyles War and Sherlock Holmes from his novel Moriarty. I would ask him how it felt to be chosen to write a new Sherlock Holmes novel and how did he tackle it?

I have been an avid reader from the age of six….with a very eclectic mix in literature.

I wrote commercial copy as part of my career in sales and marketing. Later in life I penned murder mystery and pantomime scripts for both professional and amateur companies. Then following a triple heart bypass I decided to try my hand at a novel…to aid recovery!

There are hundreds of books I wish I had written but most of all The Wind in the Willows by Kenneth Grahame, which is such a timeless classic. I would’ve loved to have played ‘Toad’ as he was a wonderful character!

‘Variety Has Been My Spice of Life!’ which is also the title of my talk as a guest speaker for various organisations.

I would live to meet Flashman from the George Macdonald Fraser books and take him to Trellisick House in Cornwall where I think he’d be very much at home!

I’m actually working on a second ‘talk’ to add to my Guest Speaker repertoire, based on business and charity working together, which I touch on in Dangerous Score.

I have no new release due at present as I am really busy with talks, interviews and promoting Dangerous Score before I pen the sequel.

What do you generally do to celebrate on publication day

There was a press conference at Everton Football Club in Liverpool for Dangerous Score and an appearance on TV news, followed by a few glasses of champagne and a late night!

Dangerous Score in either paperback or hardback can be bought from Amazon, or via my website where signed copies can be ordered. As human trafficking plays quite a big part in my book, I joined forces with the anti slavery charity Hope for Justice, so I hope that readers feel motivated to help organisations fighting this terrible injustice.

Thank you for taking the time to answer my questions, Michael 🙂

Football hero Jason Clooney is riding high….until a date with a beautiful woman lands him in trouble with the media, and into battle with the criminal underworld.

Now against a backdrop of an uncertain professional future, Jason has to confront disturbing revelations surrounding his new girlfriend’s family. From football action on the pitch to behind the scenes plotting. To battles with a criminal gang and constant media attention, all adding to the toughest challenges he has ever faced in life, love, as a player and as a man. 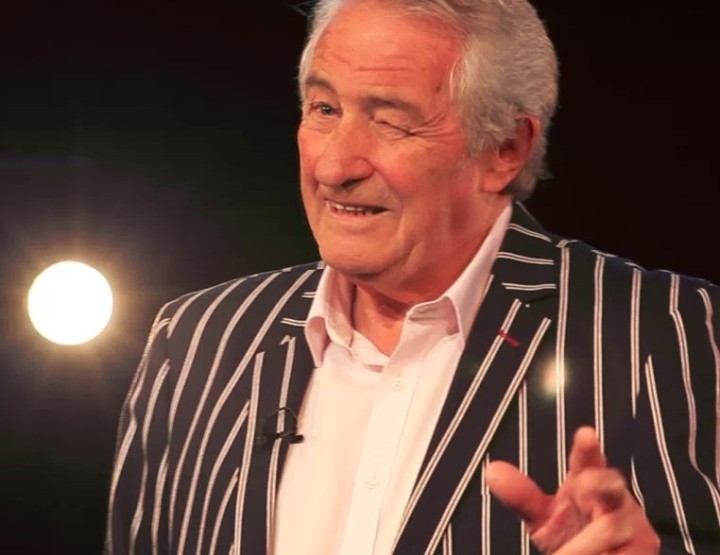 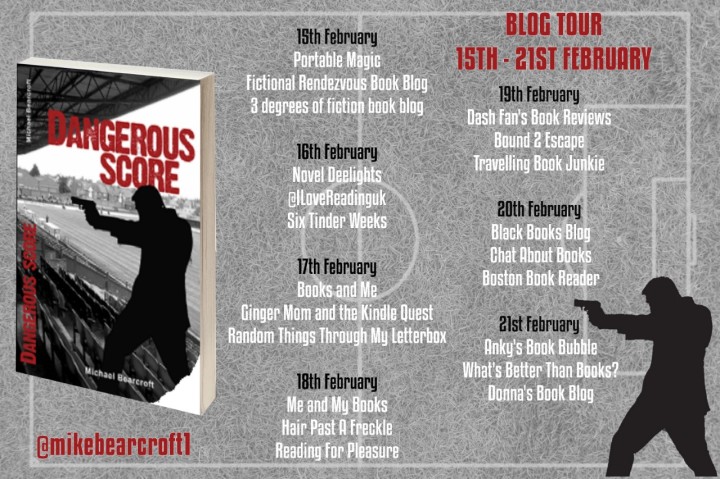