Today I have the pleasure of welcoming J. F. Kirwan back to Chat About Books. This time I have a great interview with the man himself to share with you all.

Many thanks to Rachel for arranging the following interview. 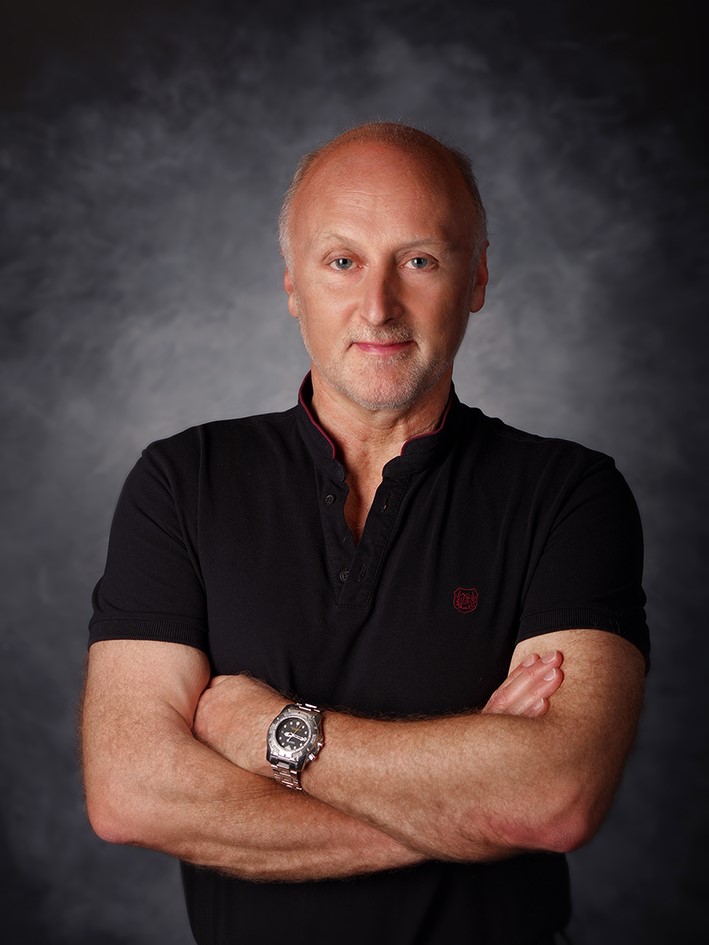 I’m an ex-scuba diving instructor, and have dived all over the world, including a few rescues and close calls. In my day job I work in aviation safety, looking at human error and how to overcome it. I wrote the first book following back surgery, when I couldn’t dive for a year, and I was missing it. Then HarperCollins offered me a three book deal so I had to write the other two!

Sometimes I get a lot of insomnia, and I wake up with ideas in my head, so I get up and write them down. For 37 hours, the centrepiece is Chernobyl, and I used to work in the nuclear industry, so know a lot about it. Its history has some fascinating stories and myths, and I borrowed one or two. Another key section is in a fictional place called Anspida, based on a real place I used to dive, where I encountered some rather large sharks and a cavern known as turtle tomb.

In 66 Metres, there were a couple based on friends I knew as former diving buddies, but for 37 Hours I kept it clean.

That’s a good one. I think of a name, then think again, and maybe one more time. Usually by the third time it feels and sounds right. Once the name ‘takes’, for me it is locked in, and becomes inseparable from the character and the context. I recall during 37 Hours someone asked why I’d called a particular character so, and couldn’t change their name. I replied simply, ‘it’s his name.’ When pressed, I repeated, ‘You don’t get it, I can’t change it, that’s his name!’ Authors are a strange breed…

11pm – go to sleep thinking ‘how will Nadia get out of this?’

6:00am – shut down computer and get ready for work.

Yes, my first book was Scott of the Antarctic, then Homer’s Iliad, and then the Fantastic 5. Never looked back. Funny that the Fab5 and Ladybird books (for adults) are making a comeback.

When I was around fifteen, I wrote a little rag for my schoolmates, called the Adventures of Blackie the Cat, about a cat who was a spy. I put sex scenes in there, though I didn’t really know much about it, but then neither did my mates. The beauty of fiction.

Lord of the Rings

Nadia Laksheva. I’d take her out for ice cream and tell her I’m really sorry for what I put her through.

An idea that came to me just a few days ago. Working title is The Ghost Detective.

Not for a while. 88 North, the finale and sequel to 37 Hours came out just before Xmas.

Hide. Drink a glass of champagne surreptitiously. Sneak a peak every now and again on Twitter and Amazon. Okay, every hour.

(a) You don’t have to be a diver or like diving to enjoy the books. (b) Sharks aren’t really that dangerous to humans.

Thank you for taking the time to answer my questions 🙂

After two long years spent in a secret British prison, Nadia Laksheva is suddenly granted her freedom. Yet there is a dangerous price to pay for her release: she must retrieve the Russian nuclear warhead stolen by her deadliest enemy, a powerful and ruthless terrorist known only as The Client.

But her mysterious nemesis is always one step ahead and the clock is ticking. In 37 hours, the warhead will explode, reducing the city of London to a pile of ash. Only this time, Nadia is prepared to pull the trigger at any cost…

The deadly trail will take her from crowded Moscow to the silent streets of Chernobyl, but will Nadia find what she is looking for before the clock hits zero?

J. F. Kirwan is the author of the Nadia Laksheva thriller series for HarperCollins. Having worked in accident investigation and prevention in nuclear, offshore oil and gas and aviation sectors, he uses his experience of how accidents initially build slowly, then race towards a climax, to plot his novels. An instructor in both scuba diving and martial arts, he travels extensively all over the world, and loves to set his novels in exotic locations. He is also an insomniac who writes in the dead of night. His favourite authors include Lee Child, David Baldacci and Andy McNab.

Check out the rest of the blog tour for reviews and more with these awesome book bloggers….. 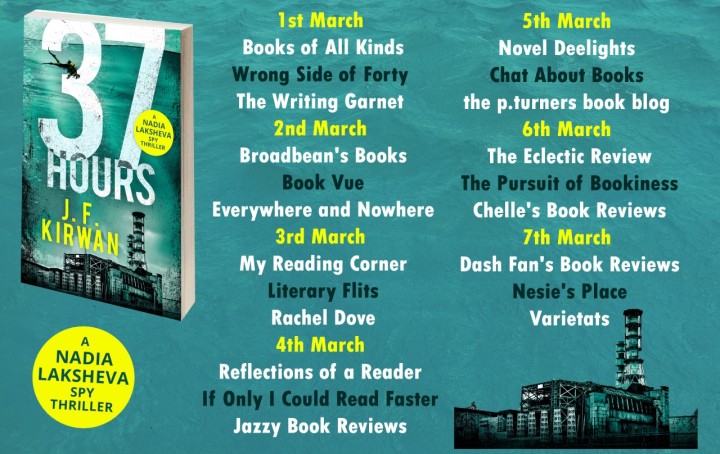