Hiya! Today I have the pleasure of welcoming Linden Forster 🙂 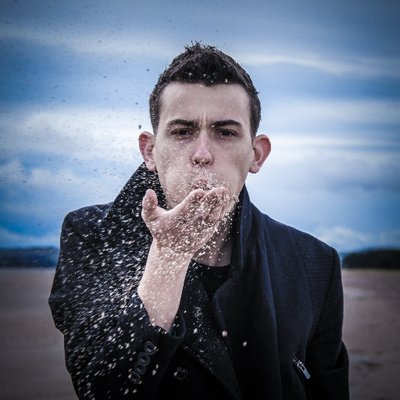 I started writing my first novel when I was seventeen, but put it to one side when I went to university to study marine biology. When I graduated I wasn’t really sure what I wanted to do with myself. I didn’t have a plan for where I was going, so I didn’t know what the next step should be. I remembered enjoying the little creative writing I had done in school, so I signed up for a part time course.

As one of the components of the course, every week someone would email a piece of work, usually a short story and everyone else would critique it and during class the writer would have to sit and listen to everyone else’s comments. When we came back to class after Christmas nobody had anything to submit, and I remembered about the first chapter of a novel I had written almost five years previously and sent that in. People were really complementary about the characters and wanted to know what was going to happen next.

That was a great inspiration for me. I got my head down and four months later I had the first draft. Now it is just about to be released.

I wouldn’t describe myself as someone who has specific technique or formula when it comes to ideas. I need to mix things up. I don’t like writing in the same place several days in a row for the same reason. I find change stimulates me and helps me to think about different topics.

Whenever I do have an idea, I send myself a text and once a month these texts are entered into a big file called “concepts” to be dealt with at a later date.

There aren’t very many characters in The Hero’s Arc who if I squint at I don’t see myself.

Usually when I come to a new character in my writing, I maybe think up two or three names for them in that moment and pick the one I like the best. A few days or weeks or months down the line I might change the name, sometimes it sticks.

One of the things that makes my writing life easier right now is I am solely working on The Hero’s Arc series, which has been in my head for seven or eight years. So when I’m writing, I know what I’m writing. I know the major events that need to happen. I know where things are going. I just need to write it. There isn’t the added pressure of needing to take time to get my head around things.

Past that, there isn’t much process. I have to write a book from start to finish. I can’t dive in here and there until all the strings connect. So it’s just putting one word after another until I reach the end and occasionally I get to check off a line from my “concepts” document.

I would meet Neil Gaiman and ask him all about his friendship with Terry Pratchett. What they talked about, how they worked together.

I wasn’t, no. I read a bit. I read Harry Potter as that was what kids read in my generation and His Dark Materials and I must have read The Hobbit at least once a year, but I never really started reading a lot until I read Going Postal when I was sixteen and was shocked to find that books could be side-splittingly funny.

When I was seventeen, probably as a direct result of discovering Terry Pratchett and having an English teacher who really made the subject interesting for me.

Oh, that is a mean question and I wouldn’t dream of answering it.

Hogfather by Terry Pratchett. I love the way he incapsulates the essence of humanity in that book.

I am also a little upset that I never got a chance to create hobbits. They are perfect little creatures.

Discworld’s Death. I’d take him to a cat café; I think he would like that.

Book three in The Hero’s Arc. Book two is written, but I want to get to grips with the third before I go back and get it edited.

Tell us about your last release? Do you have a new release due?

Well, we are in a bit of a time warp here. At the time of this interview I do not have a last release, but at the time of your reading I will have. Divine Invention, my debut novel came out on the third of March. I hope to have another release for the sequel later in the year, we’ll see if that materialises.

I can say with some surety, that part of my day will consist of signing books at my local Waterstones. I hope in the evening I will be celebrating, but the jury is still out on that one. Fingers crossed.

Divine Invention is a fantasy/satire/comedy adventure store, which follows the story of an island community who have exhausted their food supply and have just invented the world’s first boat.

If this sounds like something you would like to read it is available on amazon and to order in to your local Waterstones if you prefer.

Thank you for taking the time to answer my questions, Linden 🙂 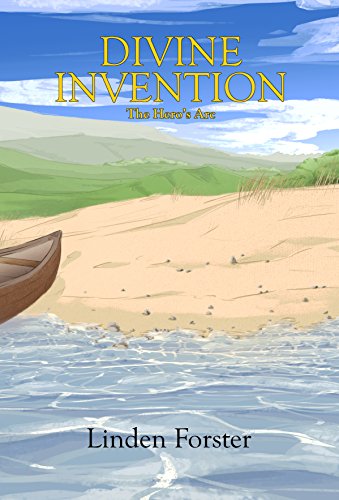 Most stories begin with either an unforeseen turn of events or a problem.
Krank has a problem. For centuries, the people of the island have lived on the animals and plants to be found there. It was bliss and so the population grew. It was not until very recently anyone noticed that the quantity of plants and animals had not. The delicate balance of the ecosystem has tipped and food is dwindling.
The King assigned the island’s two resident self-proclaimed geniuses, the Creators, to find a solution. The fruits of their labour ripen into the invention of the world’s first aquatic transportation device and promises to provide passage from the island to search further afield for food and resources.
So, there it is. Problem solved. End of story. Barring any unforeseen turn of events…

One thought on “#AuthorInterview with Linden Forster @LindenForster”