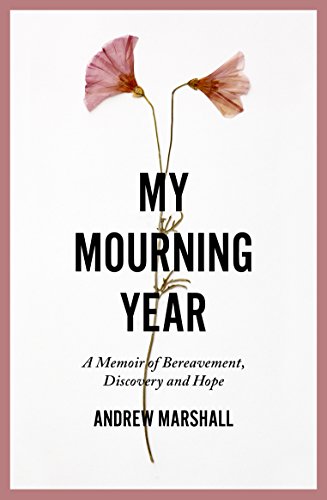 My Mourning Year is quite different to the books I generally read, but I was really intrigued by Andrew Marshall’s story. This is a very honest account of his struggle with losing the love of his life, Thom, at such a young age. We follow his story through his diary entries made at the time.

Grief affects everyone differently and I’m sure Andrew Marshall isn’t the first and won’t be last to ask ‘why is this happening to me?’ when confronted with the loss of a loved one. Some might think him a bit selfish at times considering he wasn’t the one facing the end of his life, but I think you’re bound to have a whole mix of emotions. How do you face life alone when you expected to be together forever? I can’t even imagine how I would cope if I lost my husband. It doesn’t bare thinking about.

A lot of the feelings Andrew describes are so similar to those my Mum has talked about since losing my step-dad at only 58 years old. There is just no justice in someone dying so young. No amount of time is ever enough when you love someone. Mum and Dave only had 12 years together. Mum never imagined she would be widowed at only 53 years old and her loss feels as raw (on some days) nearly 9 years on as it did at the time. On the flip side, my next door neighbour, John, lost his wife in February. She was 89 and he is 90. They were together for almost 70 years, married for 65, and although he’s very thankful for their long and happy marriage he still feels like they didn’t have enough time together. We always want more.

I found Andrew Marshall’s story completely compelling, painfully honest and moving. However much a death is expected it’s always a shock in the end and I really felt for him.

It is also quite uplifting in the end as he learns to live his life again. Grief is never easy and no two people grieve in the same way, but we all tend to cope eventually because we have to.

I’m looking forward to reading ‘The Power Of Dog’.

In 1997 Andrew Marshall’s partner, and the only person to whom he had ever truly opened his heart, died after a gruelling and debilitating illness. Unmoored from his old life, and feeling let down by his family, Andrew struggled not only to make sense of his loss but to even imagine what a future without Thom might look like.

When my partner Thom died, I felt the only place that I could confess my feelings was my diary. Twenty years later, after sharing it with friends and work colleagues coping with a bereavement, I decided to share it with everyone. ‘My Mourning Year’ covers the year 1997/8. On the eve of the new millennium, I was feeling better, but my heart was still frozen. I knew something had to change but what? So I decided to get a puppy – even though I’d never had a dog before, not even as a child. ‘The Power of Dog’ is the story of how a puppy helped heal my grieving heart.

Although I’ve written eighteen self-help books, under the name of Andrew G. Marshall, I decided to publish this book as Andrew Marshall – partly so my regular readers did not get confused and thought this was another book of relationship advice and partly to acknowledge this was the private me.

Some background, I used to be a journalist (firstly in radio and more recently in newspapers and magazines). I still write the occasional newspaper feature and I’ve written several plays that have toured all over the UK and Eire. I trained as therapist thirty plus years ago with Relate and just over ten years ago, I wrote my first self-help title ‘I love you but I’m not in love with you’ which has sold 100,000 copies world wide. I now lead a team of therapists in London offering the Marshall Method (my style of couple counselling). In addition, I offer intensive therapy in Berlin

I am currently working on a third volume of memoirs. 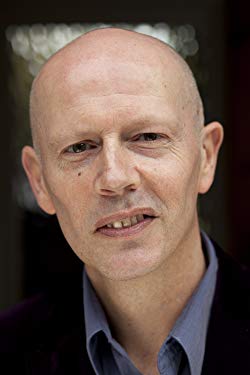 3 thoughts on “My Mourning Year: A Memoir of Bereavement, Discovery and Hope by Andrew G. Marshall @andrewgmarshall @RedDoorBooks #BookReview”