Hi all! I am absolutely OVER THE MOON and honoured to be one of the lucky bloggers kicking off Tilly Tennant’s The Christmas Wish blog tour! 🙂 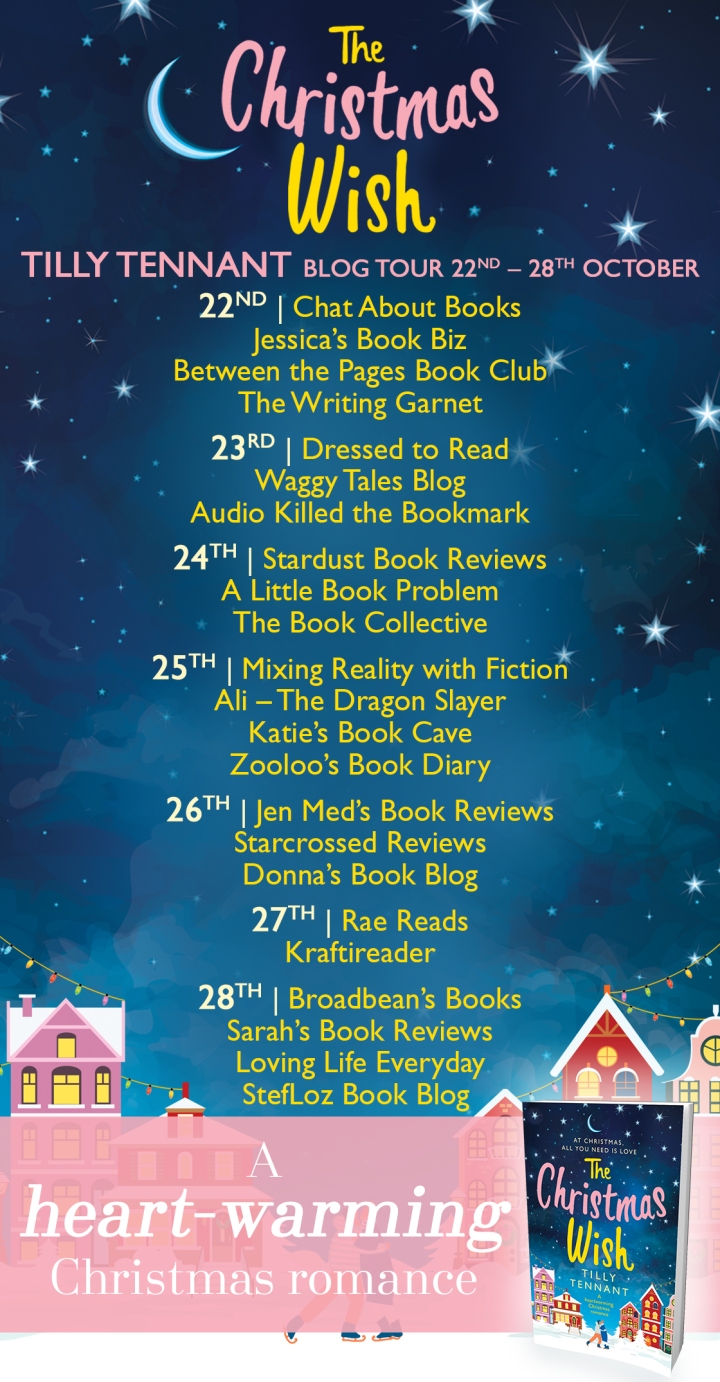 Many thanks to the author and publisher for the opportunity to join in with this awesome tour!

Awwww, Tilly Tennant’s books never fail to put a smile on my face! The Christmas Wish has been such an adorable read. I’ve LOVED it! It does have it’s fair share of drama and sadness and one particularly annoying character who I could happily slap! It’s a very character driven story and I did love almost all of them.
When we meet Esme she has moved back in with her Grandmother in Derbyshire after splitting with her boyfriend, Warren. WOW, he’s a piece of work and is the character I was referring to above. Esme is definitely better of without him, but he has a certain hold over her. However, her Grandmother makes her realise she is worth so much more until the worst happens and Esme finds herself alone with a pair of tickets for a trip of a lifetime to Lapland, which her Grandmother had planned for the both of them to enjoy together that Christmas.
Before long she succumbs to Warren’s ‘charms’ (and I use that term very loosely!) and agrees to move back to London with him. She really wants him to go on the trip with her, but of course everything has to be on Warren’s terms and he refuses point blank. I was SO happy when Esme decided to go anyway, alone. I’m not sure I would have been as brave though. Esme agrees to meet other lone travellers at the airport and this is when we meet Hortense (fab name!), Brian and Zach who couldn’t be any different from each other, but the four of them become friends and decide to enjoy their holiday together. What a fabulous mix of characters! Zach is just so lovely, but it seems he has a past which he is finding difficult to move on from.
This is the most heart-warming of story’s, set in such a stunning place at the most magical time of the year and I can’t imagine anyone not loving every single page. Tilly Tennant has a way of drawing you in and not letting you go until the end of the very last page. I was totally captivated! Beautifully written, as always. I highly recommend!
Many thanks to the author and publisher for my ARC via Netgalley and also a massive thank you to Tilly Tennant for my beautiful signed paperback copy 🙂 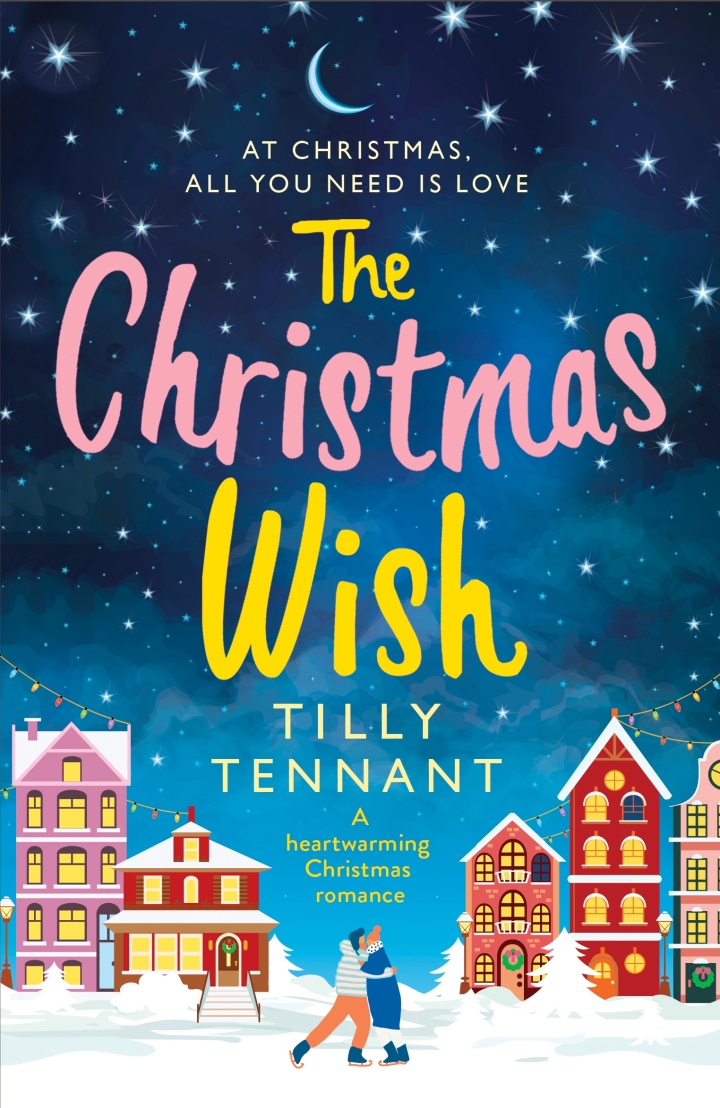 Christmas is coming but it doesn’t feel that way for Esme. Jilted by her cheating fiancée Warren and mourning the death of her beloved grandmother she’s determined not to let life beat her and books a trip to Lapland, on a holiday that her grandmother had always dreamed of taking.

Beneath the indigo skies of Lapland, love is the last thing on Esme’s mind but she can’t ignore a spark with Zach, a broodingly handsome actor, also nursing a broken heart. But when Esme is bombarded by messages from Warren promising he’s changed and she discovers that Zach is hiding something-will her head be turned? And when a trip to the northern lights reveals the full extent Zach’s own secret past is there any hope that Esme will get the happy ending that her grandmother wished for her?

Tilly Tennant was born in Dorset, the oldest of four children, but now lives in Staffordshire with a family of her own. After years of dismal and disastrous jobs, including paper plate stacking, shop girl, newspaper promotions and waitressing (she never could carry a bowl of soup without spilling a bit), she decided to indulge her passion for the written word by embarking on a degree in English and creative writing. She wrote a novel in 2007 during her first summer break at university and has not stopped writing since. She also works as a freelance fiction editor, and considers herself very lucky that this enables her to read many wonderful books before the rest of the world gets them.

Hopelessly Devoted to Holden Finn was her debut novel; published in 2014 it was an Amazon bestseller in both the UK and Australia. In 2016 she signed to the hugely successful Bookouture and is currently working on her next Tilly Tennant novel. She also writes as Sharon Sant, where she explores the darker side of life, and Poppy Galbraith, where things get a little crazier.