with thanks to Rachel @ Rachel’s Random Resources

My name is Brenda Bannister and I’m a retired college librarian, living in Frome, Somerset, where I write, volunteer at the local theatre box office, potter in my garden, visit my elderly mum and look after the cat. I am the current organiser for the Frome Festival Short Story Competition and a founder member of Frome Writers’ Collective. My first novel, The Tissue Veil, is set in East London where I worked for eighteen years. It’s told over two time frames, beginning in 1901 and 2001, with the narratives alternating. There’s an element of the supernatural — the two main characters live in the same house 100 years apart and a mysterious link develops between them — but the real concern is with the lives of young women in both eras, and the problems they share in following their own paths.

The area of East London where I worked for 18 years was a big influence, as were the people there.

Mostly they are amalgams of aspects of lots of people, with a healthy dose of make-believe. However, one of the lecturers — Andy — in the modern narrative owes a debt to a past colleague.

I take care to choose first names which fit the period or the age of the character. With the Edwardian story, it helped to think of famous people from that era — politicians, writers etc. The modern story features a Bangladeshi family: some of their names were familiar, others came from online lists of muslim names aimed at new parents. Characters are like babies — they soon grow into their names and couldn’t be called anything else!

It’s a bit shambolic. A few days of thinking, maybe scribbling an outline in a notebook, then type straight onto the screen.

I’m not great at lists and don’t read ‘series’ very often, though I do enjoy Bernard Cornwell’s ‘Uhtred’ books. I’ll say Dickens would have to be there, Philip Pullman for young adult and fantasy, Jane Smiley, Hilary Mantel, David Mitchell — but if you ask me next week, I might have changed my mind!

I’d like to ask Hilary Mantel when the third book in the Wolf Hall trilogy will be published!

Definitely. I’d choose an Enid Blyton from the library, sit reading it on the front doorstep, then complain bitterly that I couldn’t exchange the book until the following day. In my teens I read anything from Dickens to Dumas and Hemingway to Emily Bronte.

I’d written short pieces on and off since my teens, but didn’t really write seriously until I retired to Frome, nearly eight years ago.

I suppose it’s only human to want happy endings — make Cordelia survive in King Lear, save Hardy’s Tess from hanging – and I really wanted Lyra and Will to be able to stay in the same world together in The Amber Spyglass, but no — I wouldn’t change them.

Another difficult one! Much as I admire the grand sweep of nineteenth century novelists, I think I’d choose something small but perfectly formed like J.L. Carr’s A Month in the Country.

It’s unlikely, but as an arch procrastinator, I’ll tell you tomorrow.

If she hasn’t reformed too much, I reckon Jane Austen’s Emma would have plenty of gossip to share.

A story set in Somerset in the first half of the twentieth century. Lily, the feisty heroine, is let down by her father and makes a disastrous marriage in the search for a substitute figure.

No, I have to finish it first!

I haven’t published enough yet to set a pattern — probably a get-together with my writing buddies over a bottle of wine.

Just that I’m really grateful for this opportunity to ‘chat about books’ with you and your followers. Thank you for having me!

Thank you for taking the time to answer my questions, Brenda 🙂

What if you discovered a hundred-year-old diary under your floorboards – and then found references in it to yourself? Or if you lived in 1901, yet kept seeing glimpses of a girl from modern times? And what if both of you had problems that only the other could really understand? Emily and Aysha live in the same Stepney house and an inexplicable link develops between them, fuelled by Aysha’s discovery of a journal and Emily’s sightings of a ‘future ghost’. Each takes courage from the other’s predicament – after all, what’s a hundred years between friends?

Brenda studied English at university and later qualified as a librarian, working in various educational settings from schools to higher education. Moving from London to Frome in Somerset in 2010 proved a catalyst for her own writing as she joined local fiction and script writing groups. She has had a number of short stories published, plus short plays produced in local pub theatre, but all the while was incubating a story based in the area of Tower Hamlets where she had worked for eighteen years. This germ of a story became ‘The Tissue Veil’.

Brenda is a founder member of Frome Writers’ Collective, an organisation which has grown from a handful of members to over a hundred in the past four years, and helped set up its innovative Silver Crow Book Brand. She is also the current organiser of the annual Frome Festival Short Story Competition. A lifelong reader, Brenda rarely follows genres, but enjoys modern literary fiction, historical fiction, classics and the occasional detective novel. The latest Bernard Cornwell might be a guilty pleasure, but she’ll be even more eager to get her hands on Hilary Mantel’s final instalment of Thomas Cromwell’s story. 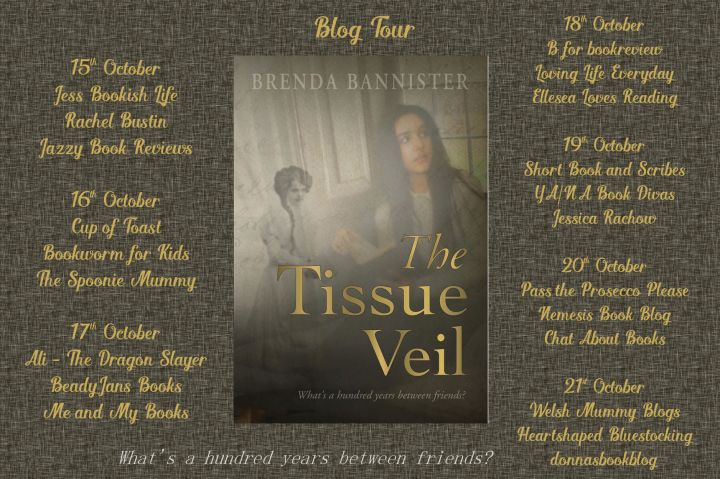