The importance of a good editor

Anyone who has ever written a book will tell you that you don’t just get the words down on the page and send it off to your editor, prospective publisher or wherever it’s going. By the time that I sent my first book Beyond the Light to Accent Press in 2015, I had re-written parts of it at least twice and I had edited the whole of it four times. I thought it was perfect.
What a fool I was.
When the line edits came back the page was awash with red and blue showing the things that had been changed or needed changing. I remember thinking I must have written a really bad book. Also, accompanying the manuscript was an email suggesting the name be changed to Things I Should Have Said and Done because my title sounded a bit ‘ecclesiastical.’ I’m not going to lie I was a bit put out by that because I’d thought that my title was clever. Anyway, I saw the point that the editor was making so I agreed and set my mind to the line edits and to be fair they weren’t as bad as I had thought, mainly a missing comma or a re-arranging of words. However, it was while I was reading through and correcting things that I had the ‘eureka moment’ and realised that Things I Should Have Said and Done was the perfect title after all. I immediately sent an email to the editor and thanked her for suggesting it. I now appreciated the value of a good editor.
I had a different editor for my second book and third books and then a different one again for my fourth but I think that they all did a good job. The editor of book two and three saved my bacon more than once by keeping the time line right and my last editor used to leave messages of encouragement in the margins when they liked something. An award-winning author told me early on that an editor is only as good as the last book that they edited and that helped me to not take their changes personally. We both had the same goal.
Like my first book, this one also started out with a different title. However, a few months ago the publisher decided that the title wasn’t as strong as the titles of my previous books and it was the editor that had to tell me. And so, it became An Uncomplicated Man. It took me a while to get used to it but I have now. I also have a ready-made title for the sequel.

Thanks for joining me on my blog again, Colette 🙂

An emotional, uplifting story about one man split between two lives… Perfect for fans of Amanda Prowse.

What if the man in your life isn’t who he says he is?

Daniel Laither is a mild-mannered and uncomplicated bank manager, but when his boss asks him for a favour, things begin to get tangled. Introduced to businessman Arthur Braithwaite, Daniel reluctantly agrees to a financial arrangement that will create an unbreakable link between them.

When Daniel meets Lucy, Braithwaite’s daughter, he becomes a man obsessed. From the steamy afternoons spent together in hotel rooms, to evenings out with Lucy in fancy restaurants, Daniel’s life moves a million miles from the one he’d had.

He finds himself lying to his friends, his colleagues and, most importantly, his wife. He borrows money from a loan shark to afford this double life, but when the debt demands to be paid, he contemplates stealing from the bank. When Lucy falls pregnant and Braithwaite insists upon a marriage, Daniel has to choose between his two lives… 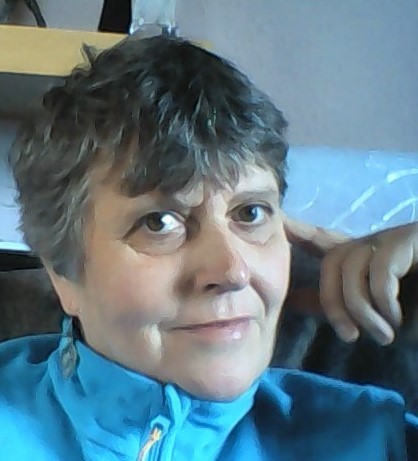 Originally a city girl, Colette has made her home in a one of the many former mining villages in County Durham. When not working as a retail manager for a large children’s charity she will more than likely be writing, even if it’s only a shopping list. She also enjoys cooking, gardening and taking the dog on long walks in the countryside near her home. She has been married for almost forty years and has two grown up sons.

Ribbons In Her Hair by Colette McCormick @colettemcauthor #BlogTour #AuthorInterview