I am absolutely OVER THE MOON  to be one of the lucky bloggers kicking off Mark Tilbury’s The Last One To See Her blog tour!!

I’m thrilled to be able to share my thoughts of this awesome book with you all. 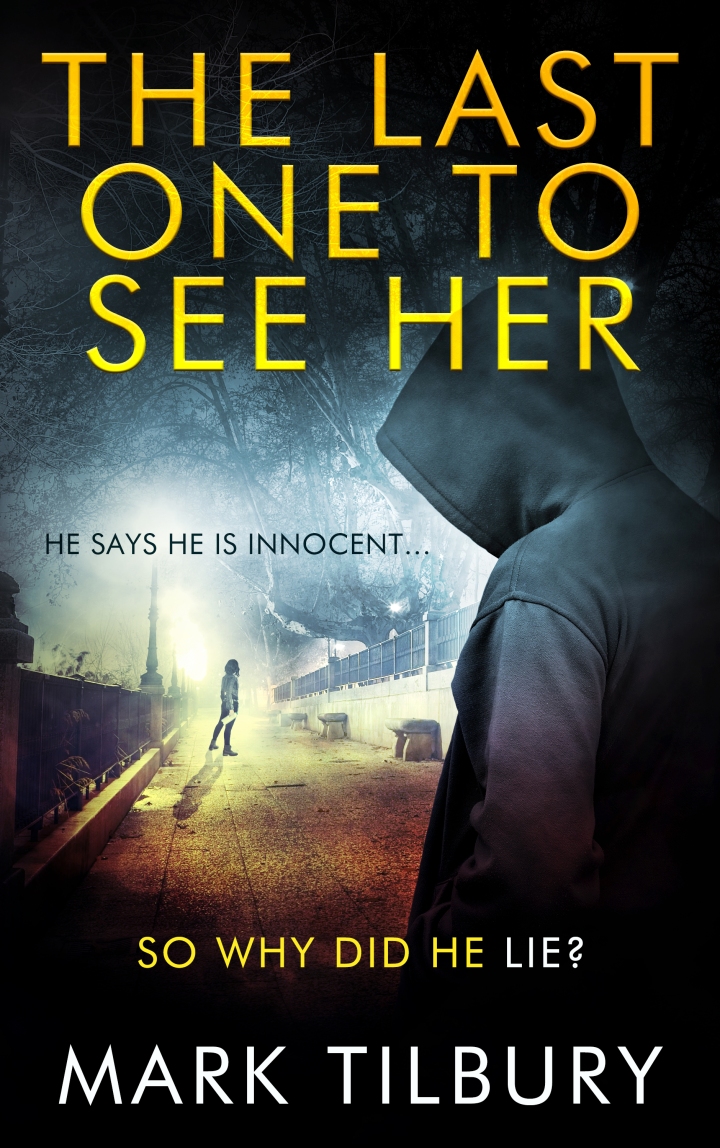 The Last One To See Her

Mark Tilbury’s writing never fails to grab my attention and The Last One To See Her kept me gripped from the very first page to the very last word.

When 11-year-old Jodie Willis goes missing whilst fetching milk from the local shop, just a few hundred yards away, her mother is understandably beside herself with worry. I can’t even begin to imagine, and my heart went out to her. Every parent’s worst nightmare!

Mathew Hillock, and just one other local man, were the last to see her alive. Mathew is convinced this man, not known for being the most pleasant of characters (he really did turn my stomach), had something to do with her disappearance but has no proof. However, Jodie’s body is found in Mathew’s garden shed, days later, and almost everyone is convinced of his guilt. He’s an odd character in most people’s eyes, due to his limitations caused by a childhood trauma, so he must be guilty. Mathew even starts to doubt himself even though there isn’t a scrap of evidence linking him to this murder. I honestly didn’t know what to believe and was as desperate as those involved to find out the truth! I really felt for Mathew as he seemed like an easy target. His back story is heart-breaking. I kept an open mind though as you never know which direction these stories will take. There are always plenty of surprises with Mark Tilbury and this book was no exception.

When I realised the truth, it made me feel quite sick.

A disturbing (as expected) but captivating read with a fascinating cast of characters, some you will love and others you really would not want to come across in real life. Fast paced and very clever with twists and turns galore. This author never ceases to amaze me.

I honestly don’t know what else to say other than buy it and read it for yourself. If you love a good psychological crime thriller you will love this as it’s nothing short of excellent.

All the stars from me!

I will more than happily recommend to anyone and everyone.

Many thanks to Mark Tilbury for my review copy and for the opportunity to be a part of the blog tour.

He says he is innocent. So why did he lie?

Mathew Hillock was the last person to see eleven-year-old Jodie Willis alive. When her dead body turns up four days later in his garden shed, the police think he’s guilty of her murder. So do most people in the town. But there’s no DNA evidence to link him to the crime.

Battling the weight of public opinion and mental illness due to a childhood head trauma, he sinks into a deep depression.

Can Mathew do what the police failed to do and find evidence linking the real killer to the crime?

The Last One to See Her is a terrifying story of what happens when you’re accused of a crime and no one believes you are innocent.

Mark lives in a small village in the lovely county of Cumbria, although his books are set in Oxfordshire where he was born and raised.

After being widowed and raising his two daughters, Mark finally took the plunge and self-published two books on Amazon, The Revelation Room and The Eyes of the Accused.

He’s always had a keen interest in writing, and is extremely proud to have had seven novels published by Bloodhound Books. His latest novel, The Last One To See Her will be published 4th June 2020.

When he’s not writing, Mark can be found playing guitar, reading and walking.

The Eyes of the Accused #BlogTour @MTilburyAuthor @Bloodhoundbook #BookReview @sarahhardy681