Today I have the pleasure of welcoming Mark Nolan to my blog.

Mark has very kindly sent me an e-book copy of his book, Dead Lawyers Don’t Lie: A Gripping Thriller (Jake Wolfe Book 1) which I am looking forward to reading as soon as possible. In the meantime, Mark has agreed to an author interview. 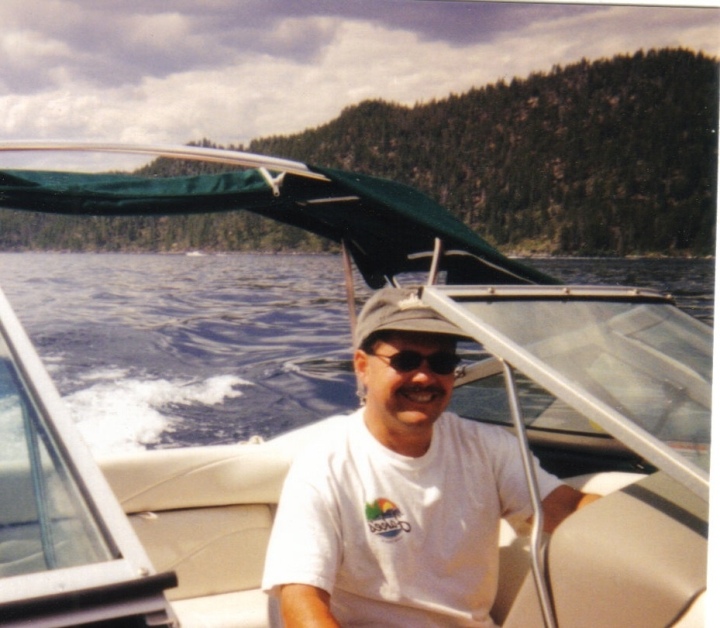 I began my writing career as an entrepreneur, creating news stories for businesses. I helped them get featured in The Wall Street Journal, National Geographic, Parade, Readers Digest, Associated Press, and other news sources. I was born in San Francisco and grew up in the Bay Area, so I decided to use that as the location of my debut novel titled Dead Lawyers Don’t Lie. The book is about a mysterious killer who calls himself The Artist, and he is assassinating wealthy lawyers. When a photojournalist named Jake Wolfe accidentally takes his picture during a murder, The Artist adds Jake to his kill list and he becomes a target in a deadly game of cat and mouse that only one of them can survive.

I honestly don’t know where my ideas come from. Everybody asks me that question, even my friends and family. I wish I had an answer. It seems like some kind of magical science. My guess is that I’m highly observant of life, people and situations… always observing everything with curiosity. My mind is a storehouse of interesting things I’ve observed, read about and researched. I ask my imagination the question, “What if ____?” And then I start to think of various possibilities.

No I purposely avoided doing that. I wanted my characters to start with a blank page so they’d be unpredictable as I wrote about them. And they did surprise me quite often. One character turned out to have claustrophobia, although I wasn’t planning on that. And a policewoman punched a man in the jaw when he (and I) least expected it. You just never know what an imaginary character might do.

I think about the character’s personality, their profession, the clothes they wear, how they walk and talk, what they like to eat, etc. And then I use my imagination to start brainstorming some ideas for names. If I get stuck, I do research. I found the name Wolfe in an old reference book of Irish surnames. I went through the entire book, page by page, and at the end I found the name of my main character.

I write a brief note about each scene on a 4 x 6 card, then put the cards/scenes in order and began writing the chapters. It seems to have worked for me on the first book, so I’m doing it that way again as I work on the second book.

I like so many authors it’s hard to pick just one. However I do know that I’d buy any new book that Larry McMurtry ever wrote about the characters in Lonesome Dove. I’ve read all of the novels in that series and I wish there were more.

I’d enjoy meeting Clive Cussler. He doesn’t just write about the discoveries of lost shipwrecks, he actually goes out and finds them himself. I would ask him about sunken ships and lost treasure. I’m sure he would have all kinds of true stories to share.

Yes, I was one of those kids who would read books under the bedcovers with a flashlight when I was supposed to be sleeping. One time in school I got caught reading The Hobbit inside of my math textbook. I had to do extra math homework that week as a punishment.

In sixth grade. The teacher had us all write a fictional story for our homework. She enjoyed mine so much that she read it out loud to the class. Everybody liked it, and the teacher told me that maybe someday I could write a novel. My eight grade teacher said something similar. That was very kind of them. Life kept me busy though, running a business and raising two kids (and one very smart retriever dog). But now that I have the time, I’ve finally written a novel like I always hoped I would.

I’m working on a second book in a planned series about Jake Wolfe and his former military dog, Cody. They live on a boat, and they just want to have some peace and quiet in their lives, but they just can’t seem to stay out of trouble.

I’m working hard on the next book but I’m not sure when it will be released. Readers can go to my author page on Amazon and click the “follow” button, and then Amazon will let them know when the next book is ready.

Readers are always welcome to send me an email, using the contact form at http://www.MarkNolan.com. I enjoy hearing from my readers and I try to respond to every one.

Thank you for having me as a guest on your blog.

Many thanks for joining me on my blog today, Mark 🙂

A mysterious killer who calls himself The Artist is assassinating wealthy lawyers in San Francisco. When photo-journalist Jake Wolfe accidentally takes his picture during a murder, The Artist adds Jake to his kill list and he becomes a target in a deadly game of cat and mouse that only one of them can survive. How far would you go to protect your loved ones from a killer? Jake is a veteran who wants to leave his secret past life behind him, but the reluctant, flawed hero finds that he can’t ignore his duty and his personal moral compass.

This gripping thriller is full of suspense, plot twists and surprises. It features a cast of interesting characters, including several strong-willed women, two wise-cracking San Francisco Police Homicide Inspectors, one highly intelligent dog, and a philosophical killer who shares Jake’s admiration for Van Gogh paintings but still plans to kill him anyway. As Jake gets closer to unraveling a merciless conspiracy, his life gets turned upside down and the danger level increases, adding to the growing suspense. This entertaining page-turner starts out as a murder mystery and then shifts gears into a high-speed action thriller that takes you on a roller-coaster ride to the riveting ending. A good read for those who enjoy mysteries, suspense, action and adventure, vigilante justice, unique characters, witty dialogue and a little romance too. Now on sale in over a dozen countries around the world. Be the first among your friends to read it.

Fans of new Kindle Unlimited novels will be happy to know this book is one of the best financial thrillers in kindle unlimited books.