Today I have the pleasure of welcoming Colette McCormick to my blog. 🙂

Colette’s book, Things I Should Have Said and Done, was published by Accent Press on 15th November 2016. 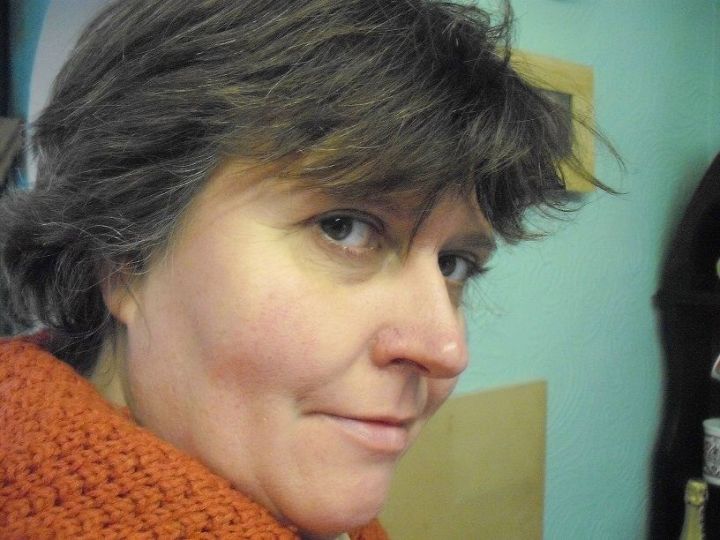 I fit writing in and around my job with one of the country’s leading charities. I am a Yorkshire lass by birth but now live in the beautiful county of Durham. My book, “Things I Should Have Said and Done,” is listed as a “supernatural romance” but I’m not sure how that happened – I just put Ellen and George together and they developed their relationship themselves.

Random thoughts usually. I got the idea for “Things I Should Have Said and Done,” while I was talking to my husband on the phone.

Seriously, they are usually the first names that pop into my head – I kid you not. That being said, I do tend to use George a lot though I have no idea why.

Not really, I tend to go for a book that I like the look of rather than an author.

Thomas Hardy so I could ask him why he based his character Tess on me. At school, I was the only one who could understand why she behaved the way she did.

Yes, I read a lot of Enid Blyton. I loved the Faraway Tree.

When I was at primary school. I’ve always loved writing stories.

If you could re-write the ending to any book what would it be and what would you change.

I loved “All the Light We Cannot See,” by Anthony Doerr but I sort of wished that we had left the characters in the war rather than finding out what happened to them afterwards.

My second novel is due out next year though there isn’t a firm date yet.

Ellen never knew what hit her. But when a drunk driver runs a red light her life is over in an instant. Her small daughter survives – and Ellen, hovering in the borderland between life and the afterlife, can only watch as her loved ones try to pick up the pieces without her. Her husband Marc, struggling with being a single parent. Naomi, her little girl, blaming her mother for leaving her. And Ellen’s mother, full of guilt, slowly falling apart. Ellen isn’t ready to let go. She doesn’t want to say goodbye. She is confused, angry and hurting for her family and herself. And that’s where George comes in. He is her guide through her confusion as she witnesses the devastation among the living. With George at her side Ellen learns that even though she is dead she is not helpless. There are things that she can do from beyond the grave to influence what happens in the world she left behind. But George is new to his ‘job’, and has issues of his own. A working arrangement starts to become something neither of them expects. It is only after death that life can be fully understood.