Today I have the pleasure of being one of three book bloggers kicking off Roger A Price’s Vengeance blog tour! 🙂

Many thanks to Emma Mitchell for the invitation to join in. 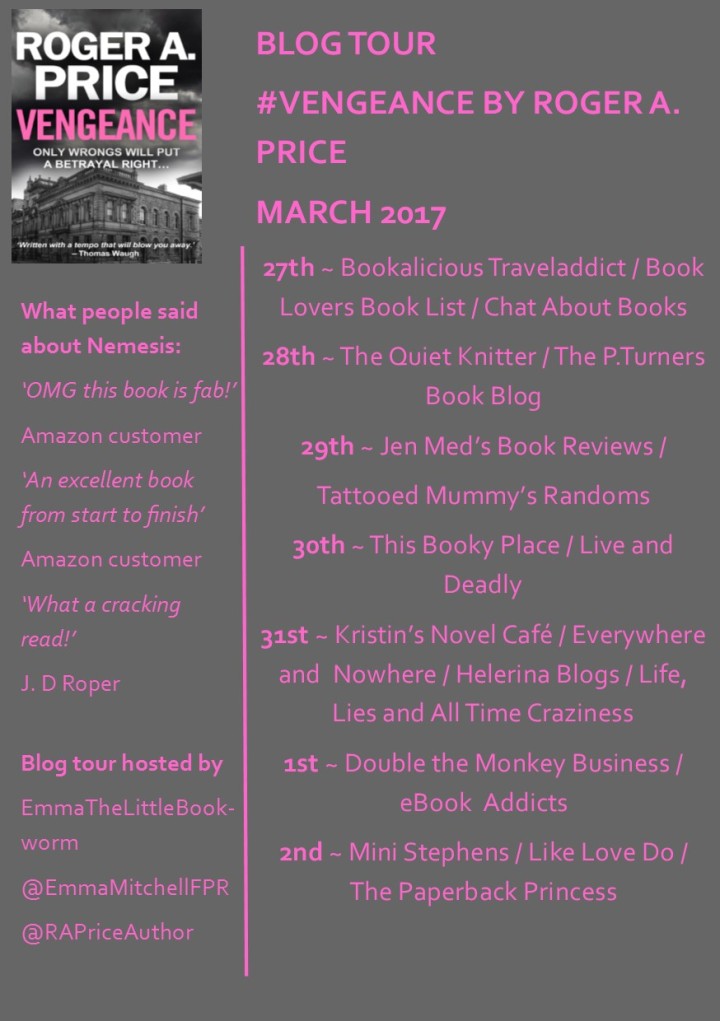 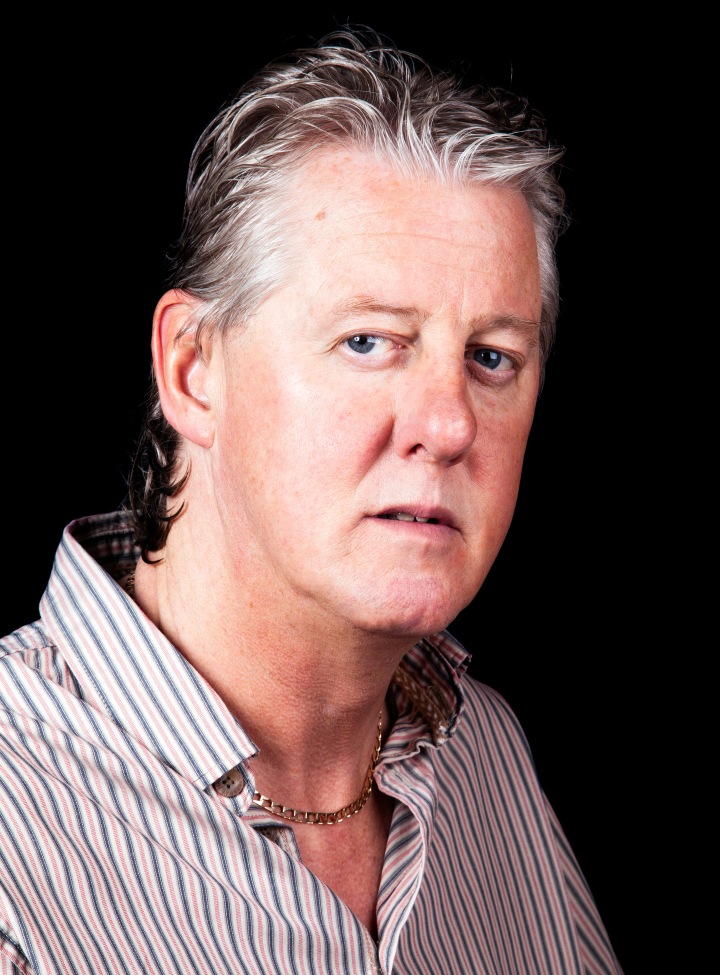 Hello, I live in Lancashire and retired from the police as a detective inspector having seen service, both covertly as well as overtly, all over the UK, Europe and as far away as South East Asia. I can’t write about those events but I can let them drive my fictional pen. My first two novels – By Their Rules and A New Menace – are in their own series and follow the fortunes of John Burrows and Jane Lee who work for a secret government undercover unit.

My next two novels are Nemesis and Vengeance (just released) and they follow maverick cop, DI Vinnie Palmer and Christine Jones a sassy TV news reporter. They make unlikely bedfellows as they come from different occupations each with their own agendas but both seeking the same thing: the truth. In real life, the cops and the media often clash so it is fun to explore this facet fictionally, plus I thought it would make an original pairing from many of the protagonists we see in contemporary crime fiction.

This new series, with Vinnie and Christine is called the Badge and the Pen series and based mainly in the north west of England, centred in and around Preston.

I feed from my police experiences to fire my imagination. I also like to put snippets of reality into my narrative to hopefully, add to the authenticity.

I always avoid that. If a character is based on a real person and they recognise themselves and don’t like what your story needs the character to do, it can cause trouble. You may even be guilty of libel in extreme cases, so I feel it is best to stay away from doing that. Plus, it can restrict what you do with the character. I prefer to take little bits of persona from all over and put them together with a large lump of totally made up facets.

I just play around with words and how they go together. Not only must the name fit the person, the first and last name should have a cadence to it.

I lock myself away in the loft, where I have an office and I usually write the loose plot for about five or six thousand words wrapped around the skeletal concept of the story. I then write that lump up before plotting the next bit and so on. Some writers plot an entire novel before they even start to write, I’m not that clever. I have never known the endings, final twists etc. for any of my books until I actually arrive there. I figure if I don’t know what’s happening, the finished book should hopefully keep the reader guessing too. That’s the hope anyway.

Who are your top five favourite authors?

Lee Child, Stephen Leather, Michael Connelly, Alex Berenson and Ian Rankin – for now, but it’s a fairly fluent list as one discovers and reads new writers. I always buy books from new writers as well as my favourite ones.

Ernest Hemingway, perhaps. And ask him how he knuckled down to write when living in Florida and Cuba; I’d have been on the beach all day. I have no such distractions in Preston.

I dabbled with short stories on and off but didn’t start writing in earnest until April 2011.

The dictionary; as crucial as Samuel Johnson’s work is to us all, and I know we’ve been relying on it since 1755 but the ending is a bit boring – gives me the zzzzs – it could do with a couple of murders throwing into the mix and a final twist or two!!

Probably Dr Who and I’d invite him to have coffee with me back at his TARDIS, and then try and find the start button and press it while he puts the kettle on.

I’ve just started the third book in the Badge and the Pen series, the next after Vengeance and I’m also writing an original drama for TV – though this is not commissioned so very much speculative at the mo.

Vengeance came out in its E-version on 27th February and the paperback version is due to follow very shortly.

Nothing too sexy I’m afraid, my first concern is to get on to my various social media accounts and groups and let people know. Send out a newsletter and then just think, “Crumbs, that’s another one published, how wonderful.”

You can also find me on LinkedIn and Pinterest or simply email me at: rapriceauthor@aol.com

Just to say thank you for having me along today.

Thank you for taking the time to answer my questions, Roger 🙂

Jack Quintel is a hit man. When a job comes in to kill the Deputy Chief Constable of the Greater Manchester Police Jim Reedly, he contracts it out to a new guy, Charlie Parker…

Watching in the shadows, Quintel sees Parker shoot out Reedly’s windscreen, then drag him into the woods and thinks the job’s been done.

But when Parker tries to pass off a pig’s heart as Reedly’s, things start to go very wrong. Jack’s right hand man Jason kills Charlie, who it turns out is an undercover police officer.

Detective Vinnie Palmer is with the Preston police. He was called in when they received the information about the impending hit.

Now he has to figure out how to clean up the mess.

And he wants whoever killed Parker bad. He finds the man who put Parker in touch with Quintel, a low life hood named Dempter, living in an estate in Preston.

He doesn’t know much, but motivated by money, agrees to be an informant for the police.

Christine Jones is a TV reporter. She and Vinnie had worked together before, chasing a serial killer.

They meet again at the warehouse where Charlie was killed, and realise their relationship could be more than professional.

But first, Christine wants to know what’s happening. Christine is working on a documentary about positive discrimination against non-Catholic officers in Northern Ireland since the peace process. She makes contact with a former police officer in Northern Belfast named Paul Bury, who feeds her some of the information she needs.

Meanwhile, as the bodies start to pile up in Preston, there’s another attempt on Reedly’s life, when a grenade is thrown at him at his brother-in-law’s funeral.

As Vinnie fights to keep Reedly alive, suddenly Christine’s life is in danger.

And they both start to wonder if the contract against Reedly has anything to do with her documentary on Northern Ireland. But how could it?

Filled with twists and turns and gritty detail, Vengeance is must read for crime fans everywhere.