Today I have the pleasure of being one of two stops on Therese Loreskar’s The Queen Of New Beginnings blog tour! 🙂 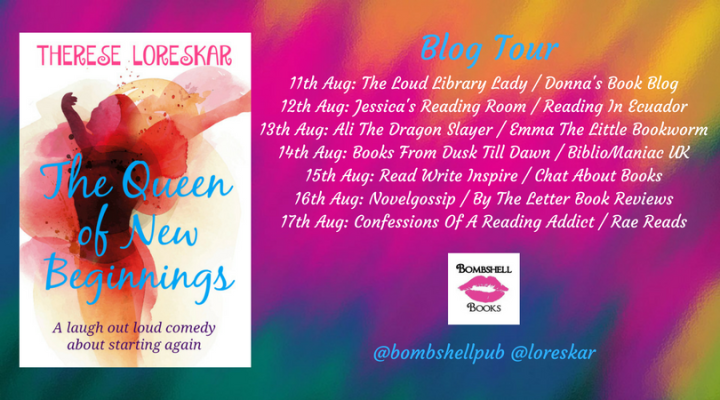 Many thanks to Sarah Hardy, at Bloodhound Books, for the opportunity to join in.

Living: West coast of Sweden, just beside the sea.

Occupation: Write books and eat dark chocolate. (The latter might not pay me as much as I’d wish it did)

Best countries in the world: Sweden and England (used to live in Cambridge)

Biggest dream: Eat as much dark chocolate I’d like to without having to consider any possible side effects (bad or good), and see my novels become Hollywood movies.

Books published so far: Number 15 will be out just before Christmas. (Yes, this is truly crazy…)

Favorite food: Salmon and dark chocolate. (Not at the same time, duh!)

Favorite music: Out of the blue Oxford and Glee

If I could have super power: The ability to fly, and dance ballet (again, not at the same time)

Working on: A bestseller who’s going to hit Hollywood hard time (hm…correction… writing a crazy story about three people meeting at a death café….it’s possible that no one will ever read this). 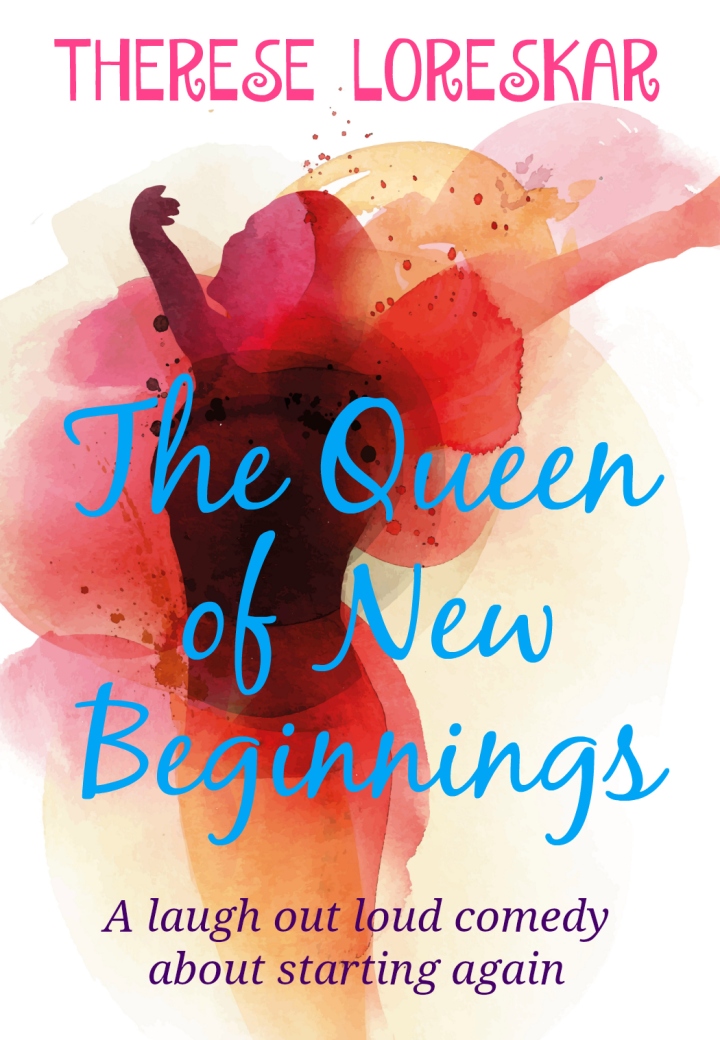 A laugh out loud comedy about starting again

Kajsa lives in a large house in Stockholm along with her three children and their dog. Since coming clean about lying on her popular blog she no longer has any work. Not only that but she has kicked her husband out because of his sex addiction.

While her husband is in rehab trying to fix his little problem, Kajsa’s mother-in-law is thrown out of her retirement home and comes to live with her daughter-in-law.

Then Kajsa receives an unexpected offer to move to a fashionable part of London. But having to look after her mother-in-law makes life complicated.

Can Kajsa rid herself of her baggage and make a fresh start with her children in England?

This laugh-out-loud comedy looks at the daily struggles we all face with our families and asks if starting again is ever really possible.

The Queen of New Beginnings is a laugh out comedy that you won’t be able to put down. It’s the follow up to Therese Loreskar’s hilarious Queen of Blogging, but you can easily enjoy this one as a stand-alone too!

Therese Loreskär started her carrier in 2010 as a Swedish author. She self-published her first novel which was very well received and quickly sold out!

In 2014 she signed up to a publishing house. Her novel called “The Queen of Blogging” was released and the feedback was overwhelming! People referred to the book as a modern “Bridget Jones” and couldn’t get enough of the main character, Kajsa. The next book “The Queen of Blogging 2” was released shortly after to all the reader’s delight.
Therese has since then published 4 bestselling children’s books as well. She often does tours at different schools and talks about her books. The children love her visits and Therese always enjoys talking to her little readers.
“The Queen of Blogging 1 & 2” have also been recorded and launched as audiobooks in addition to paper backs in Sweden. Her biggest dream is to have “The Queen of Blogging series” made into films, and she secretly keeps a list in an old drawer of presumptive actors that would do the characters in her books justice.
Her never-ending energy for writing and entertaining people with her characters is her biggest trait.
Therese lives in the countryside along the west coast of Sweden. She has a rather big and busy household, with (one) husband, two children, one deaf cat, five hamsters and a grandmother.