Hi and welcome to my stop on Alex Walters’s Their Final Act blog blitz! Many thanks to the author, publisher and Sarah Hardy

This is the first book I’ve read by Alex Walters and I have to admit that I don’t usually read a series out of order. I had hoped to read the first two books prior to starting Their Final Act, but I ran out of days with the blog tour fast approaching. It hasn’t hindered my enjoyment of the book though. There are obviously things that happened previously that I now need to find out, so I have already added the first two books to my list!

DI Alec McKay is an interesting character and likeable in his own way. I enjoyed the banter between him and some of his colleagues, but he obviously isn’t the type to suffer fools gladly. I found his lack of patience with some of his lower ranked colleagues quite amusing, although I doubt I’d find it funny if I was one of them. It was nice to see a more personal side to him in regards to his relationship with his wife.

McKay and his team find themselves investigating the brutal death of a comedian. Garrotting isn’t a common way to murder someone and it feels personal, but is it, or is it just a random attack and a case of being in the wrong place at the wrong time. When more bodies start turning up, killed in the same way, it’s a race against time to find out if they are dealing with the same killer and if so what the connection is between these victims.

This is a fast-paced police procedural with twists and turns a plenty. It has certainly kept me on the edge of my seat and reading late in to the night until I had to force myself to put it down so I could go to sleep. The shortish chapters add to the pace of the story and each are full of enough suspense to make sure you read just one more. Very well written, with excellent characterisation and a compelling plot. I highly recommend to anyone who loves a good police procedural/crime thriller.

I’m looking forward to going back and reading the first two books. I have a feeling DI Alec McKay will be become a firm favourite.

Jimmy McGuire, a washed-up comic, is found dead on
the streets of Inverness, his body garroted. Back in the 1990s, McGuire had
been half of a promising double-act until his partner, Jack Dingwall, was
convicted of rape.

Soon after, a second corpse is found in an
abandoned industrial site on the edge of the Moray Firth. The body has been
there for some days and has also been garroted. The victim turns out to be a
former musician turned record producer, who had also been the subject of rape
allegations.

Meanwhile, DI Alec McKay and DCI Helena Grant are
still wrestling with the fallout from one of their recent cases following an
acquittal.

As the body count rises, the police think they
have the killer in their sights. But McKay is concerned that the evidence is
too neat so when he realises there will be a final victim, he fears that time
is running out… 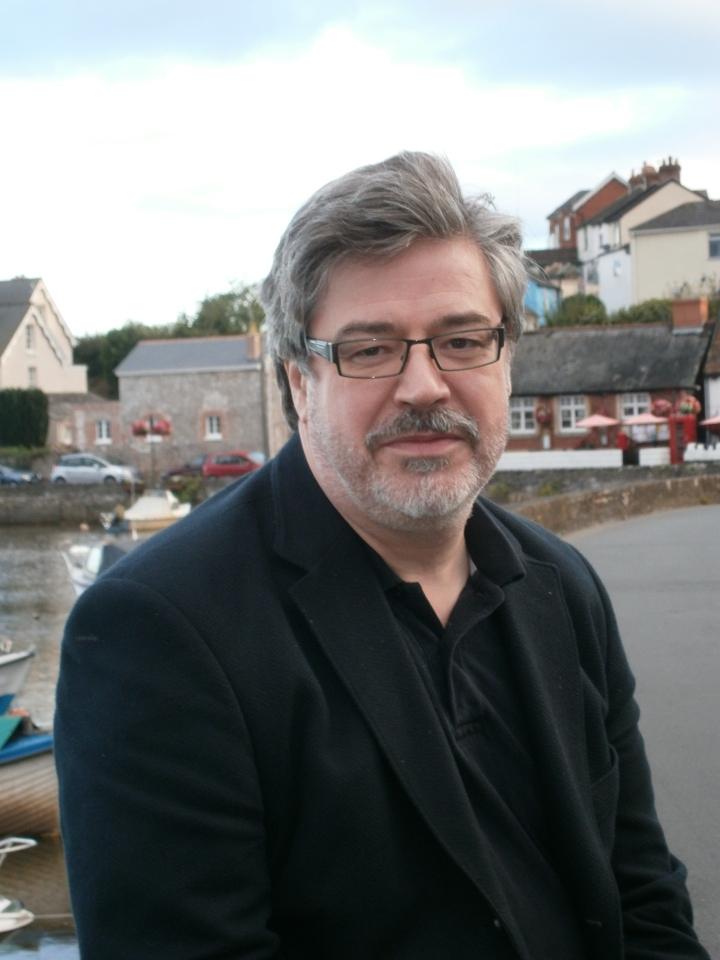 Alex Walters is the author of Candles and Roses, Death Parts Us and Their Final Act, all featuring DI Alec McKay and set in and around the Black Isle in the Scottish Highlands. He has also written four books set in and around Manchester – Trust No-One and Nowhere to Hide featuring the undercover officer, Marie Donovan, and Late Checkout and Dark Corners, featuring DCI Kenny Murrain – and three crime novels set in modern-day Mongolia, The Shadow Walker, The Adversary and The Outcast.  Alex has previously worked in the oil industry, broadcasting and banking and as a consultant working mainly in the criminal justice sector. He now runs the Solus Or Writing Retreat in the Black Isle with his wife, occasional sons and too many cats.