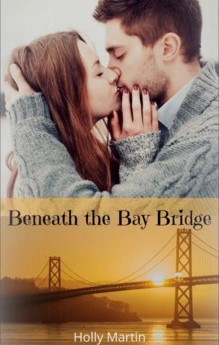 Well, what a lovely little story this is. I thoroughly enjoyed it! It is offered Free when you sign up to Holly Martin’s newsletter. As it’s a short story I thought I’d give it a go in-between reads and I’m so glad I did.

Rosie is a very likeable character and it’s obvious she’s taken for granted by Leon, who quite frankly would drive me nuts. She’s a braver woman than me, jumping on a plane from London, alone, to meet him in San Francisco, especially given his tendency to forget plans. However, what she finds when she arrives at Leon’s temporary address certainly makes her wonder why she is wasting her time with him.

When we meet Cameron it’s obvious there is instant chemistry between the two of them and I totally couldn’t blame Rosie for having her eyes opened! He sounds very appealing! I was really hoping they would get together.

The bathroom scene is hilarious, it actually made me laugh out loud! Brilliant!

If you’d like to read the story for yourself you can subscribe to Holly Martin’s newsletter here – https://www.subscribepage.com/hollymartin?fbclid=IwAR3eSAa1kxLm-E_LzZnFhG_B4YGivZdaspITP7aIY29khD25wTOh3QJnS1E

I’m ashamed to admit that this is the first time I’ve read anything by Holly Martin, although I do have some of her other books on my TBR list. They will be being bumped to the top as soon as possible now!

About the author (Via Amazon UK)….. 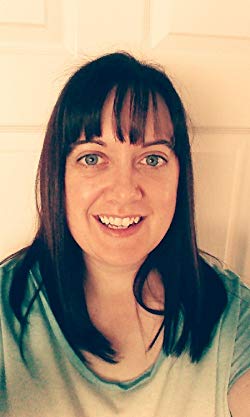 PLEASE NOTE. Holly is not the author of Princess (The Johnson Family). That book is by a different author with the same name.

Holly lives in a little white cottage by the sea. She studied media at university which led to a very glitzy career as a hotel receptionist followed by a even more glamorous two years working in a bank. The moment that one of her colleagues received the much coveted carriage clock for fifteen years’ service was the moment when she knew she had to escape. She quit her job and returned to university to train to be a teacher. Three years later, she emerged wide eyed and terrified that she now had responsibility for the development of thirty young minds. She taught for four years and then escaped the classroom to teach history workshops, dressing up as a Viking one day and an Egyptian High Priestess the next. But the long journeys around the UK and many hours sat on the M25 gave her a lot of time to plan out her stories and she now writes full time, doing what she loves.