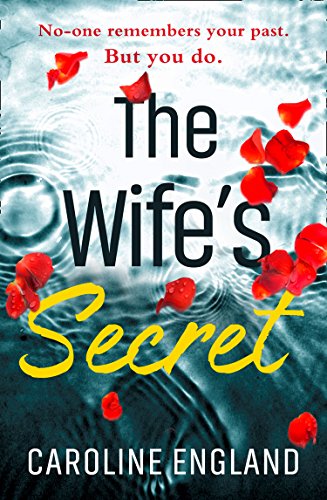 The Wife’s Secret (previously published as Beneath The Skin, which is the title of the paperback version I read) is very much a character driven story. There are several complex characters, all with their own secrets, all intertwined in one way or another. A very complicated, but enthralling, mess of emotion!

It will be difficult to review without giving too much away, but I’ll try.

The story is predominantly focused on Antonia who is a quiet and seemingly broken character, but one who appears to the world as a woman with everything. She is beautiful, has a loving husband and a beautiful home, but has she ever really loved David? It’s not a spoiler to say that she has a dark secret and a past she tries to forget. Wondering what that was kept me intrigued throughout. I can’t say I found her a particularly likeable character, but I didn’t dislike her either. I guess I didn’t understand some of things she did, but then I didn’t live her life.

Her friendship with Sophie is a complicated one too, as Sophie knows things no-one else knows and she seems to feel somewhat beholden to her.

I didn’t warm to Sophie at all, or her husband, Sami, although both are quite fascinating. Both have pasts that they’d rather forget and their marriage is extremely fragile due to the secrets they both keep from each other. They don’t seem very well suited, even though they love each other in their own ways.

Mike’s and Olivia’s marriage is less than perfect also and this becomes all the more apparent as the story unfolds, with devastating consequences.

This was an absolutely compelling read full of lies and deceit. The suspense starts from the very first page and doesn’t let up until the very end. I was totally hooked and I highly recommend.