Welcome to my stop on Moira McPartlin’s Star of Hope blog tour!

With thanks to Kelly @ Love Books Group Tours for arranging the following interview with Moira McPartlin…..

I am a Scottish writer with Irish roots. I started writing twenty years ago. First short stories and poems and then moving onto novels. My first novel The Incomers was published in 2012 and tells the story of a Black West African woman who moves to a Fife (Scottish) mining village in 1966. My next three books are The Sun Song trilogy, a future fiction story set in a divided and broken world in the year 2089.

I take all my ideas from society and what is happening in the world around me. With The Sun Song trilogy the initial story came to me as a dream. I wrote it first as a short story then I began novel Ways of the Doomed but half way through writing it I realised the world I had created for the novel was huge and there was more to tell so the short story became a trilogy.

I like to think of all my characters as being real and individual but I admit that I do pull out certain traits and behaviours from people I know. It is like one of those Photofit images the police use to find criminals. I take a little piece from here and a little piece from there and create a whole new person.

Many different ways. Ellie, the character in The Incomers is named after my favourite aunt. In the Sun Song Trilogy, because it is set in the future I wanted the names to be a little different. Sorlie and Ishbel are old Scottish names and I picked them because I loved the sound of them when spoken aloud. Merj and Shasta are stars, Reinya I made up but I wanted something regal. Some names just pop into my head.

In a nutshell I write my first draft longhand very quickly. I then type it up and start to add layers in the story and deal with any research that needs checked out. Once I have a pretty decent draft I let my early readers read and feedback, then I begin the task of editing. I edit many, many times. I then send my manuscript out to beta readers and once I’ve edited again using their comments I send it to my publisher.

I find it very hard to pick favourite authors. I know my favourite author is John Steinbeck, some of the others include, Robert Louis Stevenson, Sally Gardner, Philp Pullman and Margaret Atwood.

If I could meet any author it would be Stephen King. I would ask him how he manages to be such a prolific writer, reader and still manage to have a life outside of books.

I always remember being told that I didn’t read enough but now when I look back I think I must have read a fair bit. As a young girl I read The Chalet Girl series, Enid Blyton (of course) and as a teenager I moved onto more serious authors like George Orwell and Grahame Greene.

I was a late starter. I didn’t begin writing until I was in my forties. I worked for a global company and used to spend lots of time in airports and planes. I wrote to pass the time but creating stories soon took over my life and I began to write full time.

I would change the ending of Charlotte’s Web by E.B. White. I couldn’t believe Charlotte died. I would make her somehow live for ever.

Maggot Moon by Sally Gardner. Standish Treadwell is such a believable character with a totally unique narrative voice. I love everything about this book.

‘Not there yet and loving every minute’ This is a catch phase I invented for my first website many years ago and it is still true to my feelings about life.

It would be Wizard Howl from Howl’s Moving Castle and I would take him to the castle I am looking at right now as I write this. That is Stirling Castle. It sits high on a crag and many mornings a mist swirl and lies in the valley and the castle looks as though it is floating in the air. It is most magical.

I am working on a series of linked short stories loosely based on the antics my kids got up to when they were teenagers. They are written in broad Scots and very funny. I perform them at events and they are well received.

My latest release is the last book in the Sun Song Trilogy, Star of Hope. I still can’t believe I’ve written a trilogy. The first two books Ways of the Doomed and Wants of the Silent are dark and evil with the characters fighting for a better world. Star of Hope is what it says in the title; it is a very hopeful book and I’m very proud to have concluded the trilogy in the way I have.

Star of Hope was released in February 2019

Because I know people all over Central Scotland I have three launches, Edinburgh, Stirling and Glasgow. I invite all my friends to the launches and we have cake!

I love to visit schools and colleges and talk to readers. The Scottish Book Trust have funding called Live Literature funding. The link to my author profile on this fund is;

Thank you for taking the time to answer my questions, Moira 🙂 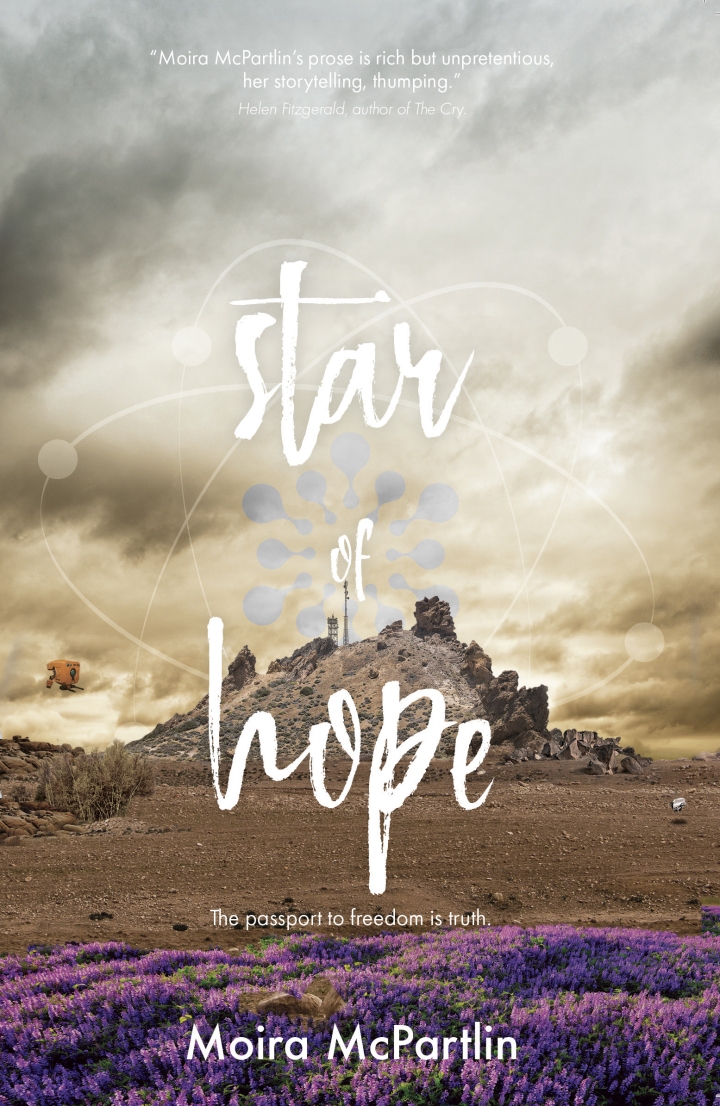 This third and final exciting volume of The Sun Song Trilogy finds Sorlie and Ishbel working together in one last attempt to save Esperaneo. As The Prince’s health deteriorates he hands over leadership of the Star of Hope’s mission to Sorlie and Ishbel. But what is the Star of Hope? All they know is that it will free the native race from slavery. On mainland Esperaneo Major, Ishbel travels north through a hostile artic forest while Sorlie, Reinya and Dawdle head for the southern dry lands. On the way both parties battle extreme weather and betrayal, but it is only when the two missions meet that the frightening truth of their world is revealed. And one final betrayal decides the fate of the mission and their fight for freedom. The Sun Song trilogy explores life in a futuristic, post-apocalyptic Britain where society’s norms have broken down and life has to be lived differently.

Wow, this has got a bit of a kick! African chicken, sweet potato and peanut curry 😋 #newtomerecipe #homecooking #lovefood #staysafegetcooking
Back home after a lovely long bank holiday walk in the sunshine with my hubs 🌞 (Too far and too warm for the pooches, we took them for a shorter walk this morning)
#delicious #peanutbuttercookies 😋 #noflour #BBCGoodFoodRecipe #quickandeasybaking I made them #noaddedsugar too with #erythritol #staysafegetcooking
A very chilled out Radley 💙 #ShihTzu